Why I Chose To Learn Mandarin Chinese 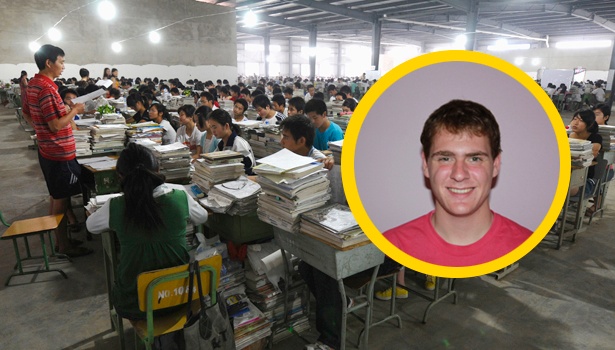 You might wonder why a white Jewish high-schooler from suburban New Jersey decided to learn Chinese. Why not Spanish, a language so prevalently spoken in the U.S – or even French, which uses the same alphabet as English? Why learn a language with a completely different tonal and writing system that is primarily spoken in a country over 6,000 miles away?

There are many languages that are easier for a native English speaker to learn than Chinese, but- (this might sound clichéd)- the easiest way is not always the best way. The option to learn Chinese was offered to me when I entered high school. Mandarin provides so much value as a key to understanding both Eastern and Western culture. So, I could not pass up an opportunity to delve into such a unique linguistic heritage.

I began my first year of Chinese with about forty other students in the same entry-level class. By my senior year of high school, only five remained. Learning Chinese, as I soon discovered, was hard for native English speakers. Yet I don’t think this difficulty primarily derives from the language itself. Don’t get me wrong – Chinese definitely contains a lot of vocabulary that is difficult for Romance Language speakers to correctly pronounce, and it is full of grammar that deviates drastically from English. But the thing Westerners struggle to understand the most is Chinese culture.

With a language such as Chinese, language and culture are undoubtedly intertwined. In order to have an understanding of one, you must have an understanding of the other. Having grown up in the United States, I do not claim to be an expert on Chinese culture – not even close to one. But in learning about Chinese and China, I can say that our American culture of consumerism and consumption is a far cry from the Confucian family values of traditional Chinese culture. Although certain elements of modern Chinese culture are undoubtedly becoming more and more influenced by capitalism and the West, other facets of Chinese culture remain largely tied to tradition. Chinese culture is fairly complex and distinct from Western culture. Reconciling traditions established domestically over thousands of years, with the internal push for economic development and participation in the global economy, is something China still struggles with today. So for people half a world a way to understand such a culture without experiencing it, is difficult to say the least.

However, it is worth the effort to try.

Learning Chinese provides a gateway into an Eastern culture that is completely foreign to a large portion of the West. And although the cultural gap may be the reason why there were so few students in my Chinese IV class in high school, bridging that gap is one of the most rewarding things about learning Chinese. In learning about a culture so different from our own, we are forced to evaluate our relationship to Western society and find commonalities. We gain a cultural IQ, and an appreciation for such a different culture, which may be making the world a more tolerant place in the process.

So, the reason why I chose to learn Chinese was not just to speak another language, but to learn about another culture and in turn, better my own.

(A note from our Chinese tutors: We have extensive experience teaching children and young learners. Your kids don't have to wait until high school to learn Chinese.)