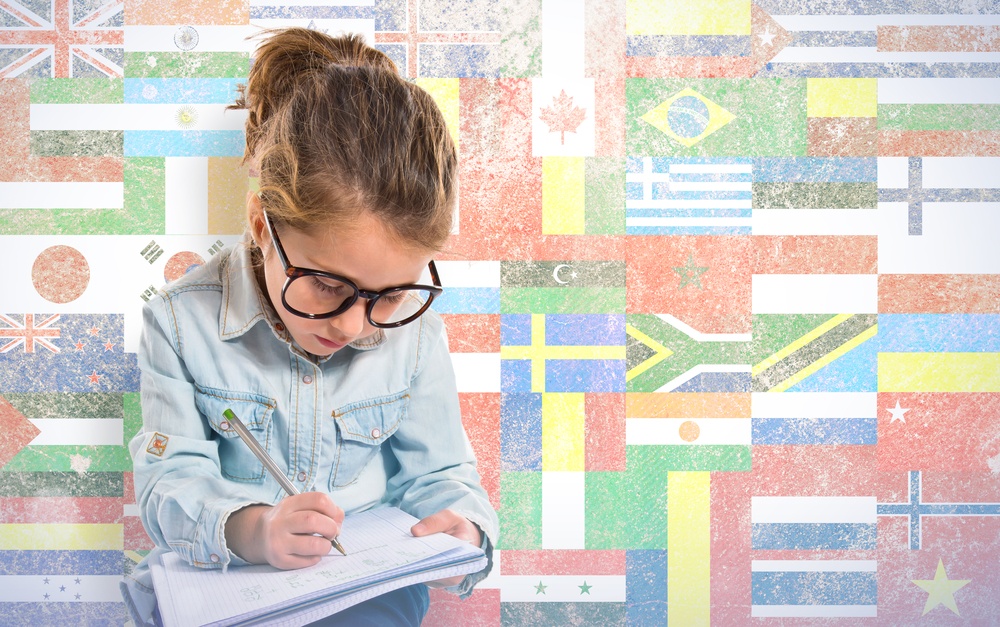 Getting to them Young

The benefits of bilingualism occur at a very young age. While the additional difficulty of learning a second language delays the average time it takes bilingual babies to start speaking words by three to six months, these babies already demonstrate enhanced conative ability before they even start to speak. In a “visual habituation” study, bilingual and monolingual babies were tested for or interest in novel objects, a strong indicator of future intelligence. Researchers found that the bilingual babies just six months old were more quickly bored by images they had seen and more interested in being shown new stimuli, which indicated they were better prepared to take on learning tasks. The higher performance of bilingual babies was explained by the more difficult task of having to deal with the perceptual input of two different languages, which requires more complex information processing ability.

The visual habituation study shows that exposure to different languages impacts children almost from when they are born, as the babies have to start to learn to distinguish the two languages. This development continues until about three or when bilingual kids are able to distinguish which people speak which language. Because of the unique ability of children to absorb new information, particularly language, the benefits of bilingualism are the strongest when learning two languages starts from birth. It is best if both parents are fluent in both languages if “crib bilingualism” is to be accomplished.

However, the part of the brain associated with language learning does not develop until about age 14, and if “crib bilingualism” is not a possibility, the benefits of bilingualism are not lost on older children (or adults entirely). By definition, bilingualism can apply to children who moved to a new language environment (doesn’t have to be the same language as spoken at home) by the age of and are immersed in the language.

Parents on the fence about whether to teach their kids a second language are often concerned that the more important schooling language will suffer. While bilingual children typically struggle with vocabulary, often mixing up words between the two languages, the mental benefits of being bilingual will allow the child to catch up to their peers in their schooling language if parents are strict and consistent in separating and defining "language domains." These domains might be school, home, the grandparents’ house, travel, or any occasion where the child would be forced to use only one language exclusively. Until around four or five, children do struggle with mixing up the vocabulary or syntax of two languages, but eventually learn to overcome their confusion if they are forced to speak both languages exclusively in different situations, and eventually build up enough vocabulary in both languages.

Children are quick to determine whether they really need to keep using language, so parents have to be strict and consistent with teaching it. If it is hard to find or establish “language domains,” then parents can also stick to one parent, one language rule, or one language at home, one language outside rule. Learning a second language is naturally much harder for kids, putting a strain on the parents and the kids, but the hard work does pay off as bilingual kids are develop more sophisticated cognitive skills to cope with the additional informational input.

As the mental benefits of becoming bilingual are gained by separating the use of each language from childhood, it could be advantageous to choose a language different from English, such as Chinese. The differences between Chinese and English will provide natural barriers between "language domains," so it will be easy for your child to recognize when they should speak either language.

Bilingual kids benefit primarily from improved executive function, which is the system our brains use to plan, prioritize tasks, access working memory, and shift attention. Bilinguals perform better at monitoring tasks like observing and keeping track of changes in their environment. Psychologists tested bilinguals using the “Simon task,” where subjects press a button on their left if the word “left” appears on the screen, and the button on the right when “right” appears. The test starts with the word “left” appearing on the left side of the but then switches. When left appears on the right side of the screen, bilinguals are able to respond to the change more quickly, indicating awareness of changes in the environment.

When bilinguals think and speak, both languages are simultaneously at work in their brains, rather than one at a time. The constant jostling in the mind between two sets of language knowledge means that the executive function is working nonstop, as the mind has to choose which neural pathway is relevant. This allows bilinguals to more efficiently direct mental energy to the right part of the brain at the right time, not only accounting for their awareness of their immediate environment, but also their ability to multitask, block out distracting stimuli, and deal with a complex set of directions.

Furthermore, bilinguals frequently experience the complex mental task of translating abstract concepts from one language to another, allowing them to easily deal with abstract concepts. Bilinguals often score higher on and creativity tests, helping them excel in subjects like writing and social studies which require analytical skills. The benefits of being bilingual on academic performance are so far reaching that bilinguals often outperform their monolingual peers in the schooling language. The advantages continue past academic life, as bilinguals are even found to have a five-year later onset of Alzheimer’s.

Because the benefits of bilingualism occur from the constant exercise of activating different areas of the brain, bilingualism is more beneficial to mental function the more different the second language is the first language. Chinese for example, activates more auditory sensory cortexes than does English, making it dissimilar enough from English to get the most exercise out of both hemispheres of the brain.

One of the most significant advantages of bilingualism is the ability to understand language, and therefore culture, from a different perspective. Rather than being “trapped” in one language, and viewing language as something imposed on them which they have no control over, bilingual kids learn to see language as a tool. This unique perspective on language allows bilinguals to have a more positive outlook on their language education, as well as to become better communicators (being more aware of their environment means bilinguals are better listeners, too). Bilinguals are able to more easily recognize language components – rhythm, word order, stress, intonation, and grammatical structures. Bilingual kids more quickly pick up on the fact that some words have multiple meanings, or that different words can sometimes mean the same thing. Studies have found that bilinguals who have become fluent in a second language before they reach 14 years old are able to pick up on new languages more quickly, meaning that if you want your child to learn other languages later on, you should start teaching them their second language as soon as possible.

In addition to being natural language learners, bilingual children are well-poised to appreciate and understand cultural differences because of sensitivity to what other people are thinking. Children in the “theory of mind” experiment were asked to hand a researcher the smallest car out of a selection of toy cars. The smallest car was hidden from the researcher’s view, and the bilingual kids were better at resisting the temptation to choose this car, and instead handed the researcher the smallest car that the both people could see. What this research suggests is that bilingual children are naturally more curious about others’ thoughts from early childhood, at which time they have already learned to distinguish who can speak what language, and thus have a greater awareness of what is going on in the minds of others. Later in life, this curiosity can translate to a greater ability to appreciate other cultures. Hence, bilingual children may be more likely to enjoy a trip to the museum or to an ethnic cultural event. The enhanced cultural awareness of bilinguals increases their self-confidence and gives them better ability to communicate with others.

While English is the business language in many parts of the world, there is an increasing demand for bilinguals in the workplace, even in America. Mandarin is becoming increasingly popular in K-12 schools because of its increasing role in global business, especially in areas like finance or high-tech.