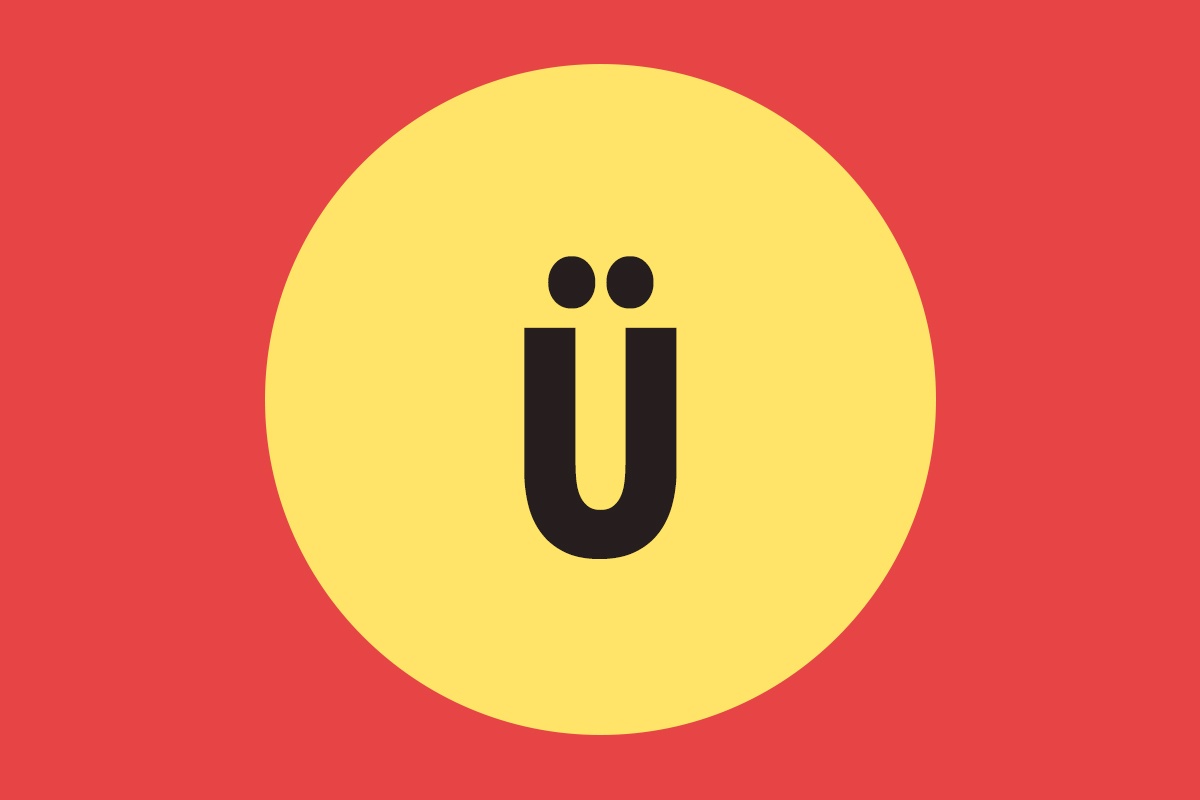 The two dots over a letter are known as umlauts. They are commonly found in the German language, but are seen in some borrowed English words, such as "über" and "naïve," as well as in pop songs such as Skrillex's hit, "Where Are Ü Now."

In Chinese, only we only have umlauts over the letter "u." You probably wonder what it's supposed to sound like. Often certain sounds in Mandarin are hard for English speakers to emulate due to the lack of a direct phonetic counterpart. Don’t worry; without guidance it is hard to guess how “ü” sounds. "ü” is perhaps one of the most difficult vowel sounds to recreate by English speakers.

How to pronounce “ü”

Although it is best to learn from sources that can provide accurate pronunciations of “ü” (tutorming tutor service links), there is a basic top to make this sound. To do so, create an “ee” sound, like that in “feed” and “seed.” Next is to make that same sound, but purse your lips as they would be when you are pronouncing “oo,” as in “food” or “too.” By creating the “ee” sound, which place your tongue in the correct position, while forming your lips in the “oo” position, you will hear yourself make the Mandarin “ü” sound.

When typing with a keyboard that is not equipped with an “ü” key, you would often type a “v” in its place for efficiency and to avoid confusion with regular “u.” While the umlaut differentiates “ü” from regular “u,” it is not used when the “ü” vowel forms a syllable by itself. As a single syllable, it is written in pinyin as “yu” and not “yü.” When it is the first syllable of a word’s pinyin this form applies. For example, 月, pronounced “üe,” has the pinyin input of “yuè.” 云, pronounced “ün,” has the pinyin input of “yún.” Many other characters follow this trend.

Often some parts of a character would have an “ü” sound but not include the umlaut in its pinyin. 需要, or “need,” has the pinyin input of “xūyào” but is pronounced “xüyào.” 玩具, or “toy,” too has a pinyin input of “wánjù” but technically said as “wánjü.” This is because the sounds “xu” or “ju”  are always pronounced as “xü” or “jü", so the umlauts are removed to avoid redundancy.

On the other hand, syllables “nü” and “lü” are written with an umlaut because it distinguishes them from “nu” and “lu,” respectively. Here are some examples of these words:

Tips for learning how to say “ü”

It is easiest for beginners to start off practicing “yü” in the second tone, like how it’s said in 鱼 (fish). Using the second tone with this syllable seems the most natural for many non-native speakers, and from there on practice “yü” in different tones, such as it in its third tone in 雨 (rain) and fourth tone in 玉 (jade).

After mastering it in its single syllable form, moving on to other pinyin with “ü” is much easier. Keep in mind that many people often need to conduct extra practice on pronouncing “nü” and “lü” because of how unnatural the sound can appear to English speakers. It’s best to practice these two first by stressing and overemphasizing the “ü.” For instance, for “nü” we would sound it out like two syllables, “n-yü,” until you feel confident enough on pronunciation to say it gradually faster to the point that it become one syllable. Such a process would apply for “lü” as well. However, learning from a reliable audio source or fluent speaker is usually the best way to go. You can check out our free pinyin app for accurate audio clips.

We hope this helped you further understand the pinyin of Mandarin words. If you have any questions don’t hesitate to let us know!