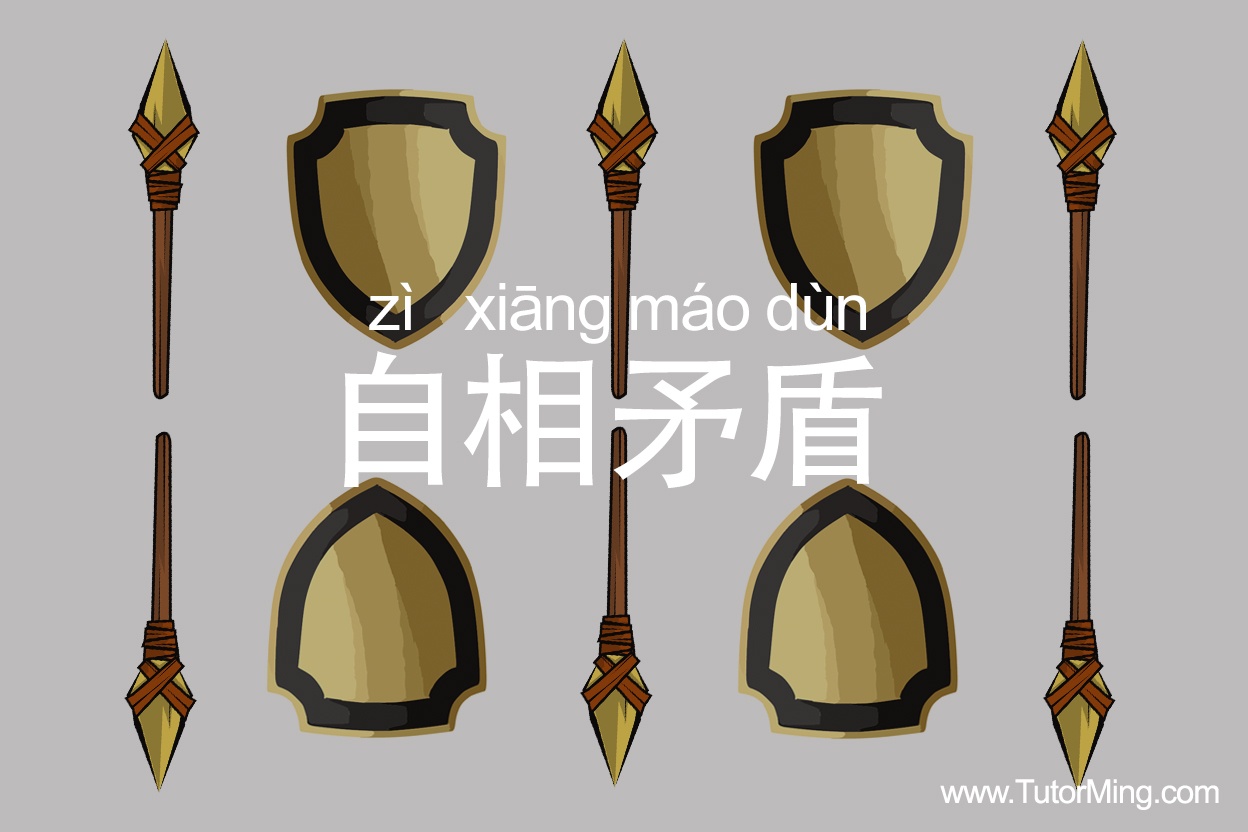 HOW TO USE “自相矛盾” IN A SENTENCE