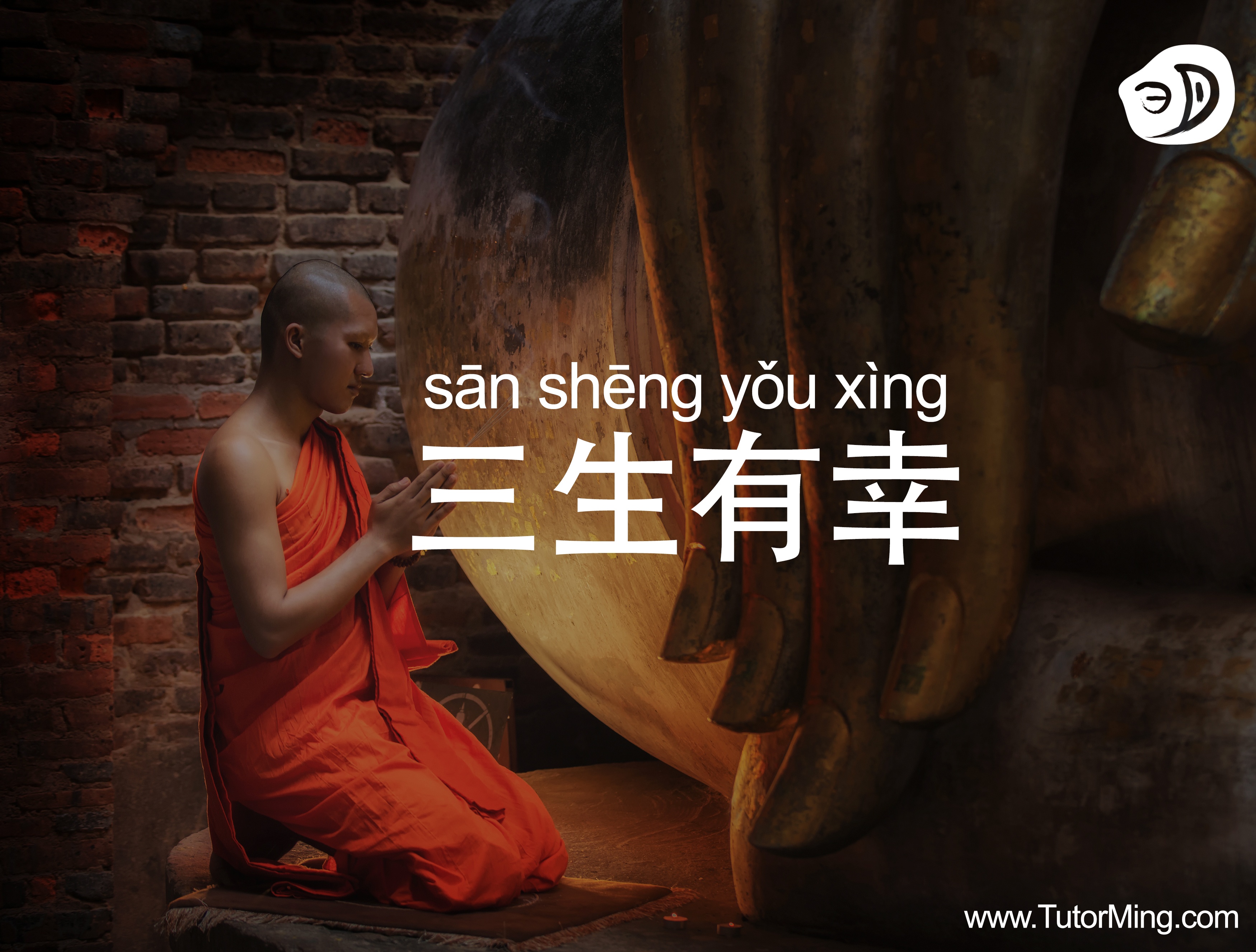 This idiom typically describes an individual, situation, or other noun that bears a great deal of luck; literally, three lifetimes of blessing. Typically, the idiom describes the fate behind meaningful relationships: a sort of “I’m so lucky to have met you!”

HOW TO USE “三生有幸” IN A SENTENCE