Are Chinese Speakers More Likely To Have Perfect Pitch? 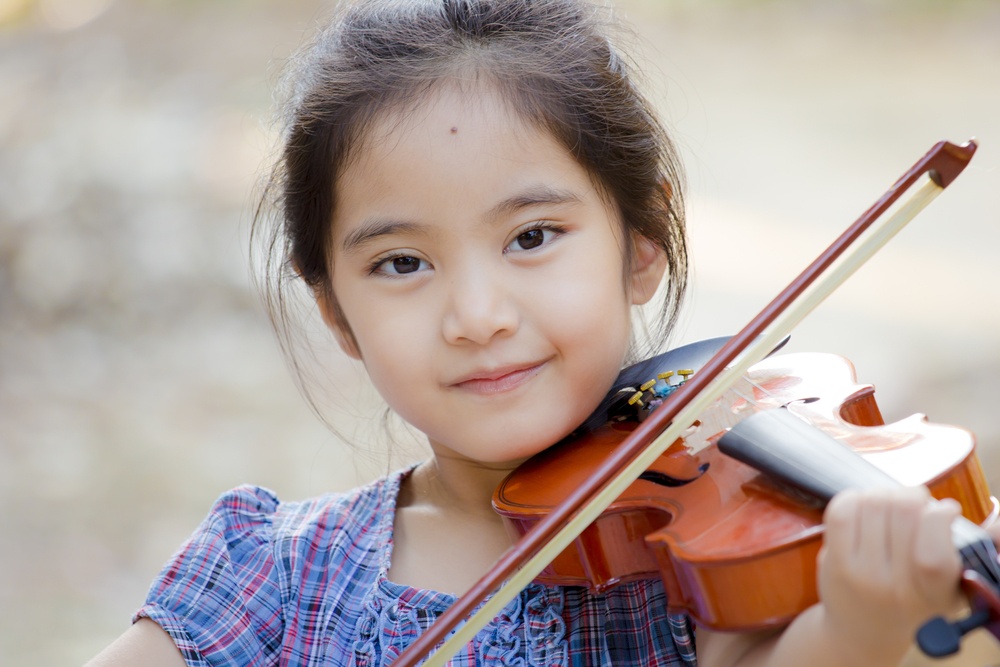 Some of the greatest geniuses in the Western classical tradition, such as Mozart and Chopin, are rumored to have had perfect pitch, the rare ability identify a musical note precisely without any aid. Most people differentiate pitches by comparing one tone to another, and only about 1 in 10,000 in the US and Europe can identitfy notes based purely on the sonic information provided by a single tone. For a long time, perfect pitch was believed to be a gift of nature—child prodigies such as Mozart seemed to just be born with an innate musicality that allowed them to play entire concerti “by ear,” or after having auditioned the piece of music just once. However, recent studies showing native Chinese speakers to be nine times more likely to have perfect pitch have raised questions about how much nature is responsible for perfect pitch, suggesting that nurture may play a much more significant role than previously believed.

Psychologist Diana Deutsch of the University of California, San Diego began to challenge assumptions about nature's dominant role in perfect pitch abilty when she found that perfect pitch is not an isolated skill, but rather broadly linked to strong speech and comprehension skills. In her study, subjects were read a series of numbers and asked to repeat them in sequence. (Most of us have an “auditory digit span” of at least 10, as we can commit a 3-digit area code and a 7 digit phone number to either short- or long-term memory.) Subjects with perfect pitch were consistently able to recall longer strings of digits with greater accuracy, indicating that perfect pitch, long attention spans, and a strong memory all go together. In Deutsch’s words, the findings “therefore show that perfect pitch is associated with an unusually large memory span for speech sounds, which in turn could facilitate the development of associations between pitches and their spoken languages early in life."

Deutch was then led to hypothesize that because that Mandarin speakers grow up in a linguistic environment which can promote the development of perfect pitch, they will be more likely to have the ability than speakers of other languages. In another study using Mandarin and Vietnamese speakers, Deutch began to correlate perfect pitch with tonal lanuguages. Mandarin and Vietnamese speakers who had no prior musical training to read a list of words that covered as much of each language’s tonal range as possible. She recorded the results of two such readings and then analyzed them using a computer program sensitive enough to detect microtonal variations. The differences between the pitches these speakers pronounced from reading to reading proved fractional, prodiving ground for further research comparing the perfect pitch ability of Mandarin speakers and English speakers.

Deutsch first traveled to Beijing and tested the pitch identification skills of 88 students at the Central Conservatory of Music. She then asked a slightly larger cohort of English-speaking students enrolled at Rochester, NY’s Eastman School of Music to participate in the same experiment. Deutsch's study “consisted of 36 piano notes spanning a three-octave range, generated by a Kurzweil synthesizer. To minimize the use of relative pitch (a much more common ability where listeners rely on reference notes for help), all intervals between successive tones were larger than an octave. Perfect pitch was defined as a score of 85 percent correct.”

The results of the study are even more striking in consideration of the fact that the “common language” of the Western tempered scale was employed. The Chinese subjects were at a disadvantage compared to their New York counterparts, given that their mother tongue, musically speaking, is not entirely translatable by means of the familiar “do re mi” rubric. 12 fundamental tones (collectively known as  十二律, or shí-èr-lǜ) supply the foundation of Chinese music. The vast majority of scales or modes employed in Western music rely on transpositions of 7 or 8 tones.

If Chinese speakers are more likely to possess perfect pitch, it is not necessarily because they are of Asian descent. Rather, it is more likely because they have been exposed to tonal nuances and have trained themselves to model and match tonal nuances they hear all around them since infancy. Deutch’s findings indicated that precision in linguistic pitch production is a transferable skill, and one that is picked up much qicker early on in life, just like language. The transferability of these skills between language and music is a useful reminder that the cognitive benefits of an early childhood bilingual education are real—increased powers of observation, an enhanced capacity for critical thinking, and overall better mental health.

Related: The Cognitive Benefits of Being Bilingual