Dating in China And The Rise of "Naked Marriages" 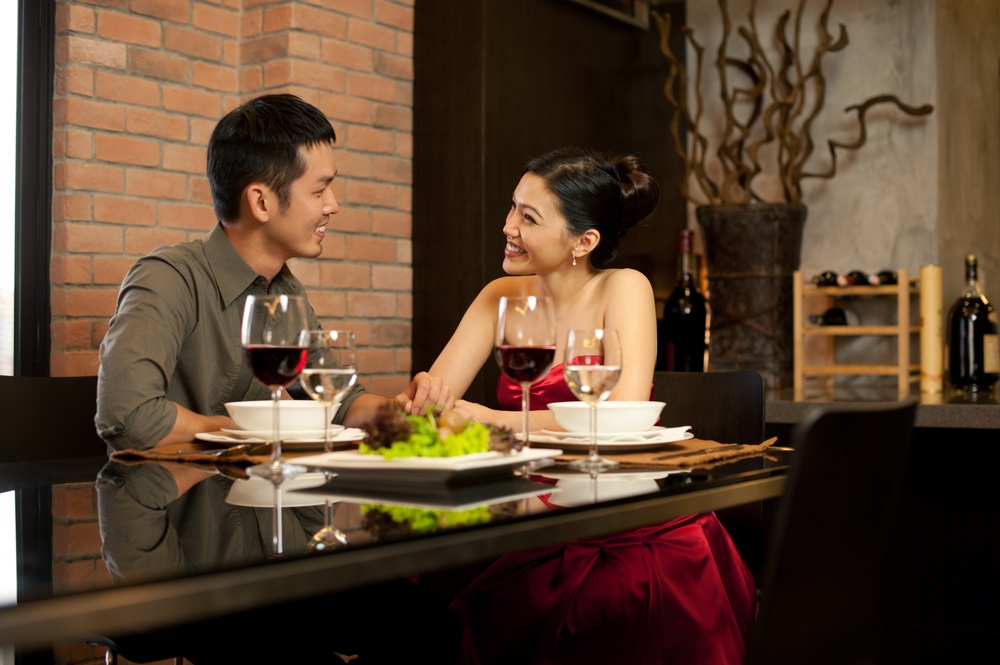 What are the differences between dating an American person versus a Chinese person? Of course, every individual relationship is different. The most generic and straightforward answer is that your relationship with the Western person is going to be more casual. Let's take a look at the detailed distinctions between the relationships.

China has less casual dating than America, and this has a lot to do with China’s conservative history. During Imperial China, becoming a scholar was a huge priority because it meant wealth and status for families (which in turn meant better marriage matches). Over time, the difficult scholar exams were transformed into Modern China’s college entrance exam 高考 (gāo kǎo.) GaoKao is a standardized exam that determines what university you can enter (and whether you can even enter university).

High school days are the busiest for teenagers because of the rigorous school work and preparation needed for gaokao. And unsurprisingly, many families don’t approve dating before college because they see it as a distraction from student responsibilities. In fact, relationships are sometimes even prohibited by teachers or school principals in China, who need to make sure that their students stay on track.

Of course flirting is still present in both cultures. But, if there is dating before college then it is usually kept as a secret from parents.

Related: How To Flirt in Chinese

Since open dating is not common before college, Chinese people are generally less comfortable with dating casually, and are more serious when going into relationships. On the other hand, dating in the United States is so casual that people will even date as a way of getting to know someone better. If they click with the person, they simply go on more dates. But in China, people more often than not are dating to try and obtain a serious or steady relationship. In a recent study of dating and marital preferences among young adults in China, only 38 percent of the female respondents disagreed with the statement that it is best to date and later marry only one man during their lifetimes (Mavrides, 2009).

However, for Chinese women, there is a societal ticking clock. Women are expected to marry while they are in their early to mid-twenties. In fact, there is even a negative term coined for women who are not married by 27: “剩女 (shèng nǚ)” or "Leftover Women."  Again, this negativity has to do with Chinese culture, since marriage is seen as an important part of a person’s stability. That’s why family members, such as grandparents, will do their best to pressure and persuade their grandkids to marry when they’re in their twenties. On the other hand, American families are much less pushy on this subject.

Related: What is a Sheng Nu: China's Leftover Women

When someone from China is dating another person, they will think further into the future than an Westerners. Whether or not the person is marriage-quality will matter much earlier to Chinese people than Westerners in the dating process. For example, a Chinese girl will probably care more than an American girl about the guy’s family background and the stability of his living conditions. This is because in Chinese culture, men are expected to be the foundation of the family, meaning it is important that they have the resources for a family. Women look for men who have a house and car because it shows that the man is financially stable and ready for marriage. While this norm has been slowly shifting in modern times, it still holds true for a vast majority of relationships in China, and the in-laws of Chinese girls expect the man to help take care of their daughter.

Chinese couples also sometimes refer to each other as “husband” (老公) and “wife” (老婆) even when they’re not actually married -- another indicator of the serious implications dating has for many Chinese people.

The Rise of “Naked Marriages”

Naked marriages, known as 裸婚 (luǒ hūn) in Chinese, are when a couple gets married despite not owning a car or house. For men, having an apartment and a car are often prerequisites to marriage proposals, in order to demonstrate financial stability. However, after the market crash of 2008, the "naked marriage" term was popularized. With the unsteady market growth and rising real estate prices, Xinhua News estimated that 50% of young people over age 30 cannot afford both a car and house (Xinhua 2010.)

It is likely that the younger Chinese generation is also rebelling against "traditional marriage culture" and instead pursuing pure love, where economic stability of a spouse isn't as vital as it was. Research also shows that gender norms are gradually shifting, and women are more eager to be independent, thus rejecting the notion that a man must provide a house and a car. 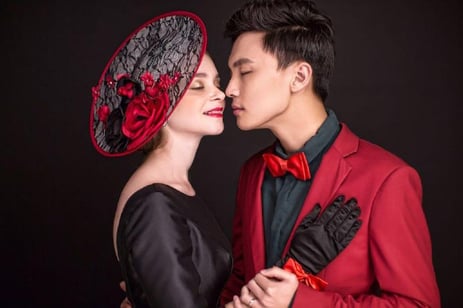 A French girl becomes internet famous for engaging in a "naked marriage" with a Chinese man, saying she doesn't need a car or a house. (via the Shanghaiist.)

The cultural differences are the main reasons for the divide between dating styles of Americans and Chinese. Hopefully this has given you a better idea of the differences of dating a Chinese person versus an American person. Of course, the dating stereotypes mentioned are not strictly applied to every person within each culture, but are generalizations. However, right now China is already less conservative than it what it used to be hundreds of years ago. As time goes on, there will be more similarities between Western and Chinese dating culture.