Chinese New Year: a celebration full of customs and traditions 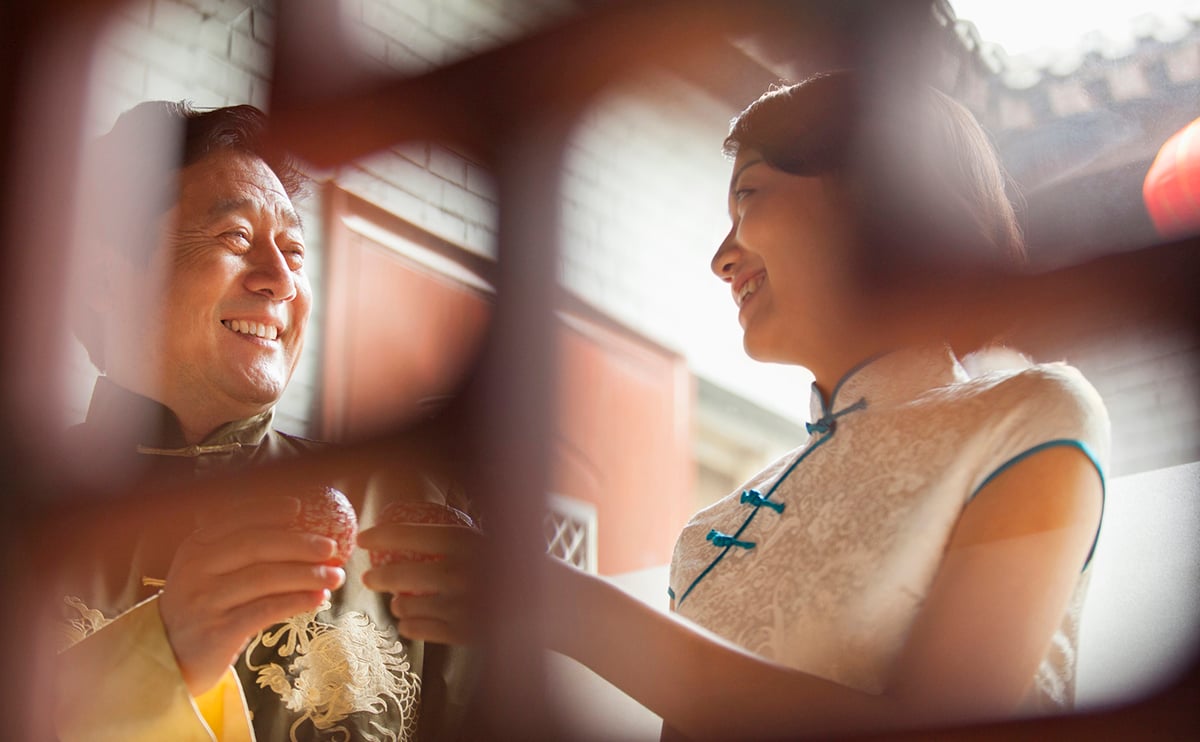 Chinese New Year, also called Spring Festival, is China’s the most important celebration of the year. All Chinese people come back to their hometown for days in order to gather with their family and enjoy delicious traditional food. In this article, you will learn a lot of new things about the Chinese New Year: what people do, and what they avoid to do, in order to bring luck, happiness, money, health, and success into their life. 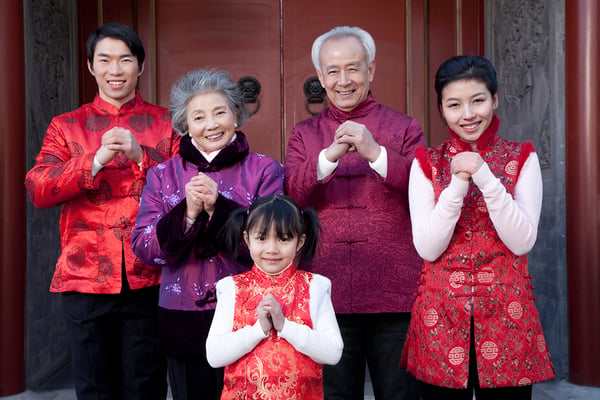 Chinese New Year is the time of the year which everyone goes back to their hometown to visit family (a practice called 拜年bài nián). When gathering all together, it’s customary to offer gifts such as fruits, candies, and red envelopes filled with money, called 红包 (hóng bāo). 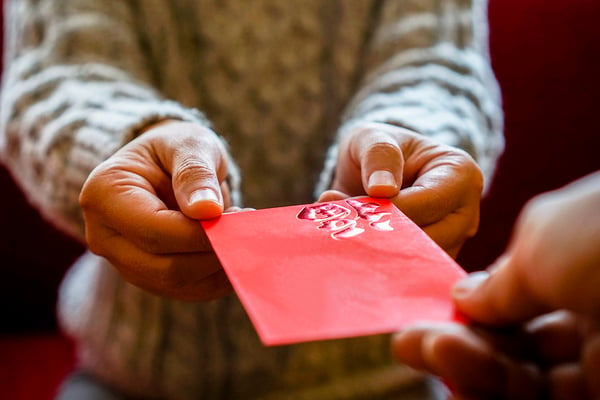 Besides, Chinese people love participating in open-air markets organized especially for Spring Festival. In these markets, you can find 年货 (nián huò) which defines merchandise sold for Chinese New Year. It is mostly food, gifts, flowers, and decorations.

Talking about decoration, Chinese people decorate their door with Spring Festival couplets and square pieces of red paper, called 春联(chūn lián), and leave them the entire year until the next Spring Festival. The red paper decorations are written with calligraphy representing lucky characters as well as Chinese New Year’s sayings and greetings that are often used during this time of the year. It is also really common for Chinese people to decorate their windows with beautiful paper cuttings, called 窗花 (chuāng huā), representing animals, flowers or landscapes. 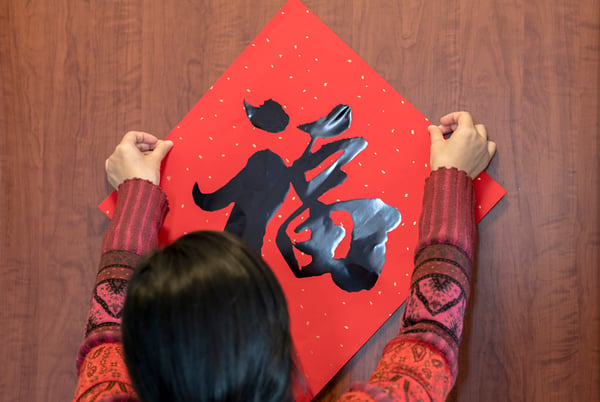 During Spring Festival, you can see a lot of people lighting firecrackers, 放鞭炮 (fàng biān pào) in order to scare away a horrendous monster “Nian” according to the legend, used to come to the village to eat everyone. It is now used to scare away evils and bad luck. 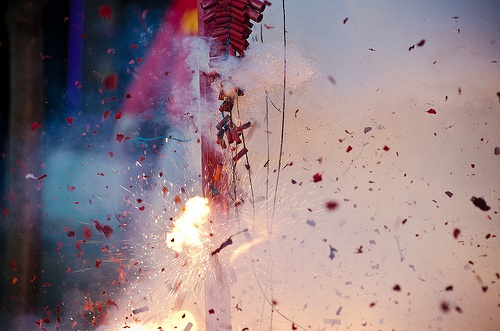 As of performances, Chinese people also enjoy watching dragon dances, or 舞龙 (wǔ lóng), a famous art where dancers are reunited to create one big dragon. ” 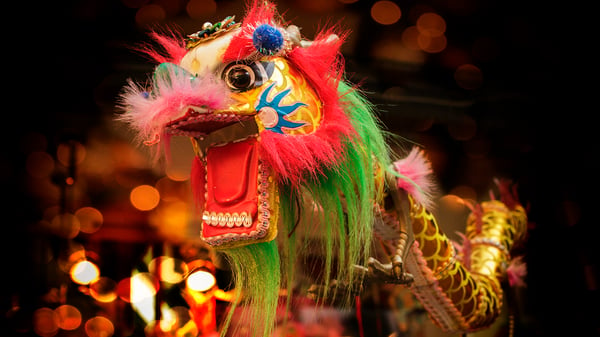 Finally, the locals love to wear red during the Spring Festival. It is a lucky color for traditional Chinese. If you come to China, you’ll see plenty of red in the street, as well as in some events such as business dinners or weddings. They regard red as the symbol of energy, happiness and good luck. Thus, sending red envelopes is a way to send good wishes and luck (as well as money).

Although there are lots of customs to bring luck into their lives, there are also things not to do to avoid bad luck. Every culture has its own unique superstitions (迷信 – mí xìn), and China is the same. Chinese culture is rich in beliefs, customs, and superstitions that vary greatly from those in the West.

During the first day of the Spring Festival: 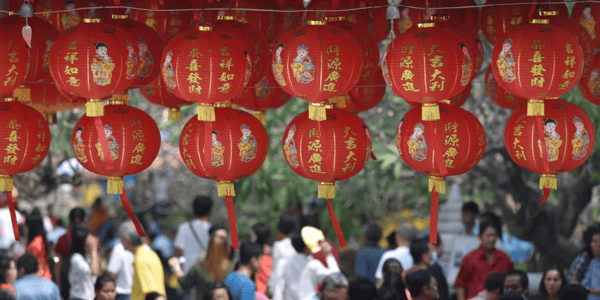 Regarding the rest of the celebration period, a lot of things to avoid still remain. 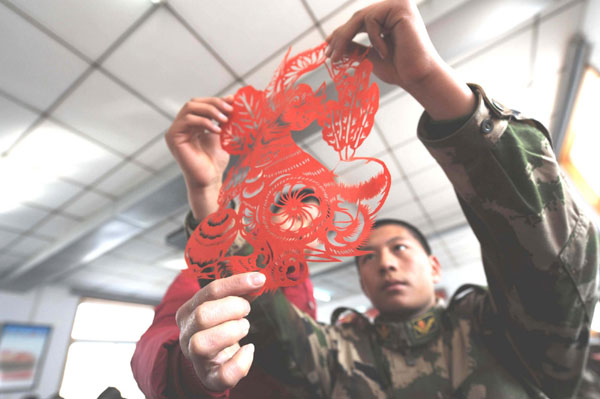 What makes actually Chinese New Year really interesting is all of the customs, traditions and beliefs that are behind it. Even though some superstitions tend to disappear among the young people, they still remain in the culture. If you have one day the opportunity to spend the Spring Festival with Chinese people, make sure to remember all of these customs.

Spring Festival is the most important time of the year for Chinese people. It is not only the celebration of a new year, but also the new start for a happy and lucky life. It is the moment of the year when all the generations of the family can be reunited all together.