China’s Lantern Festival, an important celebration in the Chinese calendar 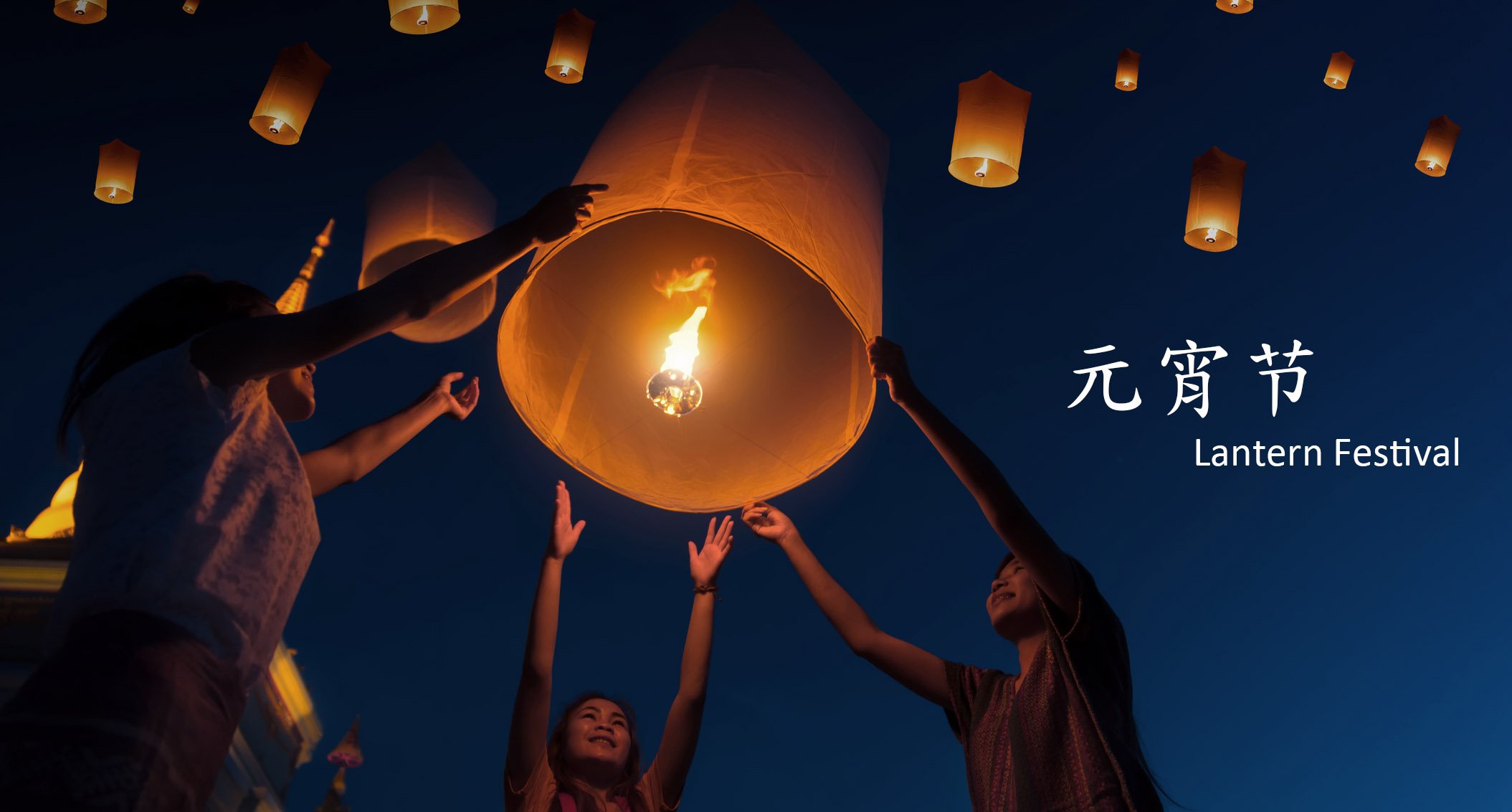 The lantern festival ends the Chinese New Year celebrations that began on the 1st day of the 1st lunar month and generally falls in February or March of the Gregorian calendar.

This day of great importance has been celebrated since the West Han dynasty (206 BC - 25).

The lantern festival is essentially a night festival, although during the day you can still enjoy various artistic activities such as the famous lions' or dragons' dances or even performers walking on stilts.

Traditionally, children went out at night to temples, carrying paper lanterns and solving riddles written on lanterns. After deciphering the enigma of the lantern, they could find its owner to obtain a reward. This intellectual activity, which is said to originate from the city of Hangzhou, has been practiced since the Song dynasty (960 - 1279).

In ancient times, lanterns were quite simple, and only the emperor and nobles had large or decorated lanterns. Traditional lanterns are red to symbolize good fortune and happiness. 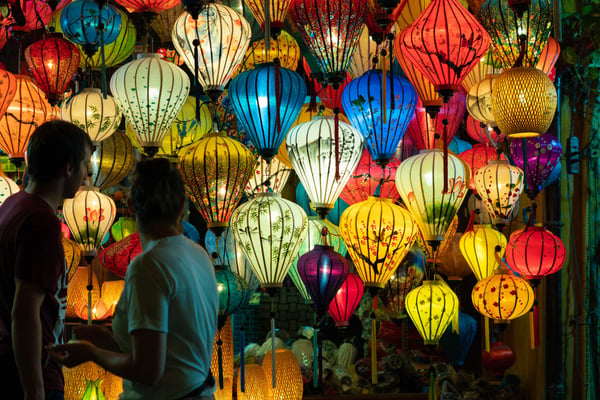 Today, this festival essentially consists of visiting parks at night, decorated with giant and elaborate luminous lanterns. Modern lanterns often take the form of dragons and other animals, characters from classical literature but also characters from famous Manhua and cartoons. Fireworks can also be seen in many cities.

Admiring and photographing the first full moon of the year is also an essential activity for this night celebrating light. 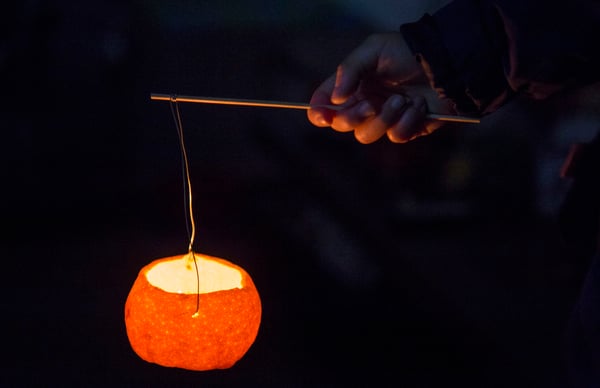 Releasing flying lanterns as prayers is also a practice nowadays, although it is often prohibited.

Some regions in northern China have adopted the "Walk to Cure Aches", an activity carried out in groups (mostly by women) and at night. The group in question also crosses as many bridges as possible. This custom, which dates back to the Ming dynasty (1368 - 1644), is practiced as a prayer for health.

The first month of the traditional Chinese calendar is called 元 yuán and in ancient times, the night was called 宵 xiāo in Mandarin; this is how "yuán xiāo", the Chinese name for the lantern festival was created.

There are many legends and hypotheses about the origin of the lantern festival, but the most likely seems to be that it is the heir to a very old annual festival celebrating the decrease in the length of winter nights.

One theory associates the Lantern Festival with Taoism.  The fifteenth day of the first lunar month would be the birthday of the Taoist god Tianguan, responsible for good fortune.

Another story about the origin of the festival is linked to a former warrior named Lan Moon who led a rebellion against a tyrannical king in ancient China. He was killed in the assault on the city and the rebels commemorated the festival in his name.

Emperor Wudi of the Han dynasty paid particular attention to this event. In 104 BC, he proclaimed that the lantern festival would be one of the most important celebrations in the country and that it should last all night. 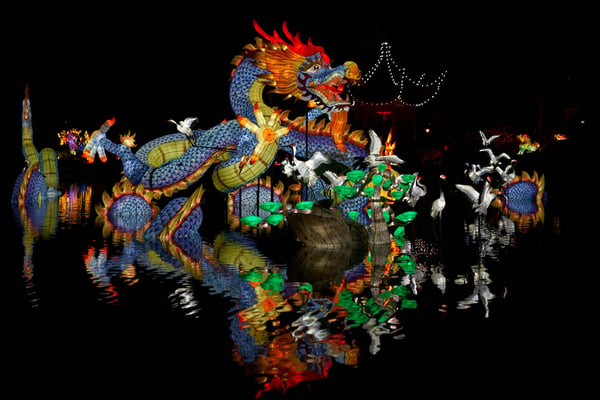 Legend has it that long ago, many ferocious animals and birds greatly affected the lives and safety of local populations. To protect themselves, people killed many of these wild animals. One day, a sacred bird from Heaven accidentally lost itself and fell into the mortal world. However, a hunter who did not know his origin killed him. The Emperor of Heaven, very angry, ordered his soldiers to set a fire and burn everything on the 15th day of the 1st month. The daughter of the Emperor of Heaven who did not want this to happen secretly went to the mortal world and informed the people of the plan of destruction. That's how an old man came up with an idea. He asked each family to light lanterns or fireworks for three days before the promised punishment. When the Emperor of Heaven observed the world, he saw the fire from everywhere and thought that man had been sufficiently punished, sparing him from further "disasters". Since then, lanterns and fireworks have been lit every year on the same date to celebrate this victory.