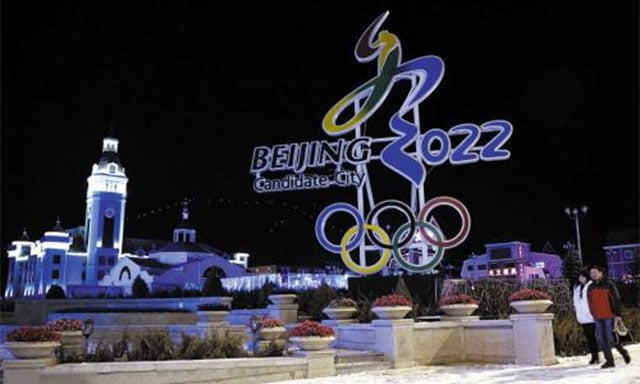 In a 44-40 vote by the International Olympic Committee, Beijing beat out rival city Almaty to host the 2022 Winter Olympics. This makes Beijing the first city in the world to host both Winter and Summer Olympics.

Former NBA player and TutorGroup spokesperson YaoMing played hockey against a goalie in a video that was played for voters, showcasing the exposure that Beijing could bring to the Winter Olympics.

Other cities in the running to host the Games included Stockholm, Oslo, and Munich, however all three backed out, citing political or financial reasons.

Committee members were torn between giving it Beijing, a city that had hosted the large-scale summer Olympics but has little history with winter sports, and Almaty, a city that has many natural, snowy mountains but is still developing. Ultimately, Beijing was selected for its previous experience and commitment to innovation (such as creating a high-speed rail to the mountains and artificial snow machines.) The city plans to create arenas for ice-sports and have the snow-based competitions take place in Zhangjiakou of Heibei, which is 190km outside of Beijing.

Residents of Beijing gave the decision a rather lukewarm celebration, in comparison to the wave of euphoria and cheers in 2001 when Beijing was selected to host the Summer Olympics. This is likely due to the amount of popularity the Summer Games have over the Winter Games. However with Beijing as the host city, the 2022 Winter Games is sure to generate more interest around winter sports. This is also a great opportunity for lesser-known athletes to shine, such as 500m speed-skater Wang Beixing, who won a bronze medal at the 2010 Vancouver Games. “I am so excited,” she said to a CCTV broadcaster, after the announcement. “I am really happy.”

Beijing 2022 Ambassador, aerial skier Li Nina, pointed out some cultural traditions that attendees and fans of the Winter Games can experience, “We want to create a truly memorable atmosphere for athletes. They will even have the unique Chinese New Years' experience - with Chinese cuisine, festive traditions and, of course, surprises.”

The President of the International Olympic Committee, Thomas Bach, said, “It really is a safe choice. We know China will deliver on its promises.”