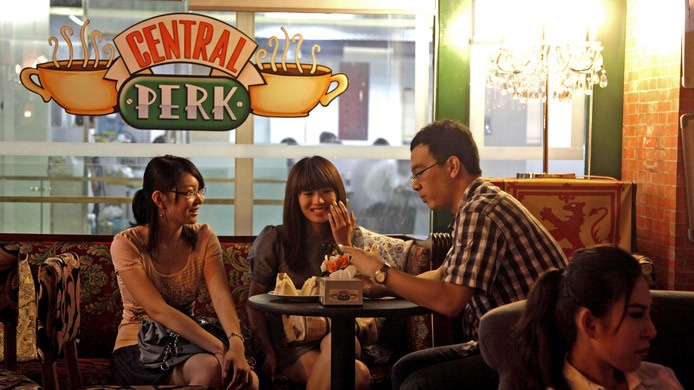 This Beijing cafe looks exactly like the Friends set.

American culture is very present in China through contemporary TV shows. Since China opened up its economy in the 1980’s, American TV shows have been a way for Chinese people to practice English, while also learning about culture and getting entertained at the same time. When Friends aired in the 1990’s and 2000’s, it captivated the world with its charismatic yet accessible depiction of life for young, middle-class, upcoming white Americans. Friends ushered in a new era of popularity for American TV, particularly with English learners who wanted to learn cultural alongside language, and China was no exception. The phenomenal obsession with American TV shows has only grown since Friends, now that deals producers and Chinese streaming sites like Sohu, Youku, and LeEco (formerly ) have made episodes available with Chinese subtitles, for free, and in high-definition. Let’s take a look at which American TV shows are the most popular in China today. If you watch any of these shows yourself, they make for great conversation topics with most Chinese people. 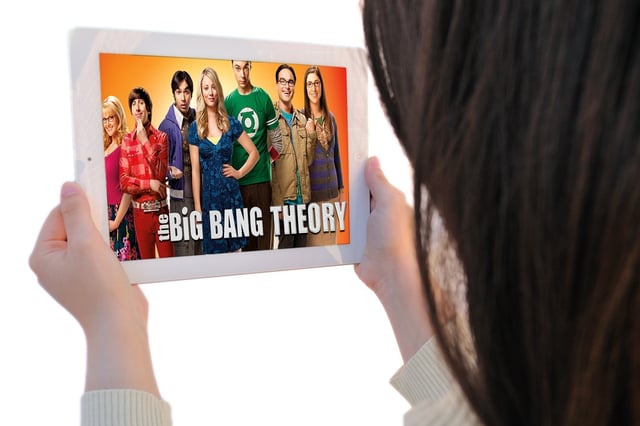 The Big Bang Theory has mass appeal everywhere, but it is important in China because it was one of the first American shows to strike a deal with Chinese video streaming companies. The show does very with China’s burgeoning middle-class college-age students, many of whom are pursuing degrees to move up in life. This sitcom, unlike Friends, celebrates nerdiness, while at the same time piling in enough easy to understand jokes and relatable, lifestyle-oriented content to make it enjoyable for young people to absorb. Most of the jokes are understandable to college-age English speakers, and the show particularly strikes a cord with its dormitory, city life setting. Chinese people will usually tell you their favorite character is Sheldon, which is very telling of the appeal that intelligent characters have in China. Sheldon is also lovable in the eyes of Chinese audiences because he is more reserved than other more in-your-face male roles in American TV shows. Many Chinese students have an aspiration to study abroad, which is why the lives of American academic elites have immediate appeal. The interactions between the geeks in the show and their female neighbors, who are more similar to the Friends characters, are both comical and relatable to Chinese audiences. The high value placed on academic success in China influences the dating culture, and The Big Bang Theory pokes light-hearted fun at the idea of nerds dating attractive women. Mostly, The Big Bang Theory is a relaxing distraction for busy Chinese students that simultaneously offers easily digestible English lessons.

The Chinese title for Game of Thrones, 权力的游戏 (Quánlì de Yóuxì), literally means “Games of Power”. Intrigue has been a recurring theme in Chinese dynamic and contemporary history, making power struggles a natural crowd-pleaser among Chinese audiences. In addition to the fact that China has its own medieval fantasy lore, and, as everybody knows, its own dragons, Game of Thrones is a big hit with Chinese audiences. While it may not be as popular in China as it is in the West due to the explicit content that prevents it from widespread availability through video streaming sites, it still retains a loyal fan base. There is a saying in Chinese, “HBO出品，必属精品”, or “if HBO made it, it must be good!” There is a definitely a niche audience group for more explicit shows, although access to these shows is generally limited to pirated DVDs and streaming sites. 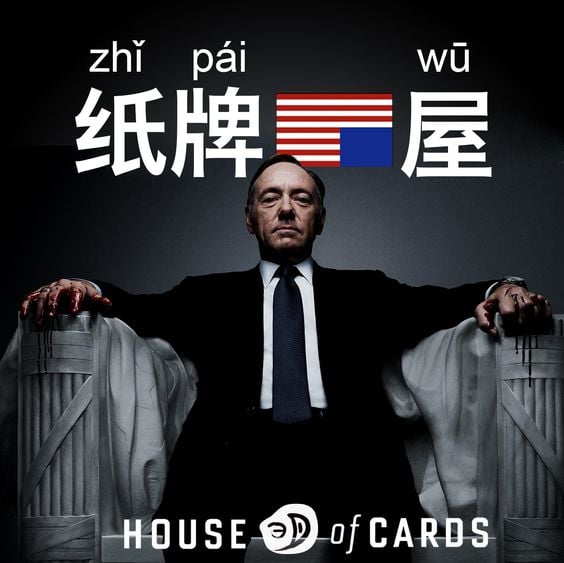 House of Cards is also popular because of the popularity of scandal stories in Chinese culture, and because Chinese people find the spectacle of American democracy refreshingly new and entertaining. The show appeals to Chinese who are interested in world affairs, particularly America. The Chinese government is frequently mentioned and plays an important role in the plot of the show, which has also made the show popular with the government. The show is quoted by Chinese officials, and in general, the ambitious Frank Underwood is an admirable character in Chinese eyes. The show enjoys the most popularity in Beijing, which speaks to how it appeals to a politically savvy crowd. It is not a coincidence that the show has become popular during a time of government action against corruption, and some fans make take pleasure in seeing that the American system and theirs have some things in common. The show probably appeals most to Chinese people who feel it tells them more about American politics than the real news, as they are familiar with corruption scandals in their own country.

All five seasons of Breaking Bad are available for free in high-definition with Chinese subtitles on several Chinese streaming sites. I once tutored a Chinese middle school student who avidly watched Breaking Bad as a way to learn English and because his favorite subject was chemistry, which made Walter White somewhat of an inspiration to him. While I found it odd that a thirteen-year-old was taking chemistry advice from a drug lord, I started watching myself and found watching with YouKu’s Chinese subtitles a great way to pick up some vocabulary. “绝命毒师 (Juémìng Dúshī),” is an interesting Chinese take on the title of the show, and is more directly translated as “Fate-defying Drug Master”. Like House of Cards, Breaking Bad is popular with Chinese audiences who are interested in its dark super realism and next-level intelligent main character.

Gossip Girl is riding the tide of obsession with New York city’s young and beautiful that Friends has created, having mass appeal with college-age girls in China. A glimpse of the glamorous lifestyle on the other side of the world appeals to the appetite for drama, and Gossip Girl proves irresistible material for girls learning English perhaps with ambitions to go study abroad. The show’s Chinese title means “Scandal Girls”, which is a step racier than the English title, which could be a reflection of the Chinese perception of American culture as very open and a bit chaotic. However, I believe the main fascination with this show is in the luxurious lifestyle of elite society, which arouses the curiosity of wealthy young Chinese who have the spending power to study abroad.

Sherlock is a BBC drama, not an American one, but it is worth mentioning because it has somewhat of a cult following in China. Sherlock (神探夏洛克 Shéntàn Xiàluòkè) is popular for the same reason House of Cards and Breaking Bad are: a brilliant and charismatic main character. In terms of being an icon of Western storytelling culture, Sherlock is up there with Harry Potter among Chinese audiences. Sherlock enjoys this unique popularity because he is always on point with this knowledge, giving him a sort of intelligent sex appeal that endears him to the educational focus of Chinese culture. Benedict Cumberbatch’s sensitive and refined performance also wins over audiences quicker in China than a brazen American action hero like Arnold Schwarzenegger.