6 amazing Chinese Breakfast You Must Try 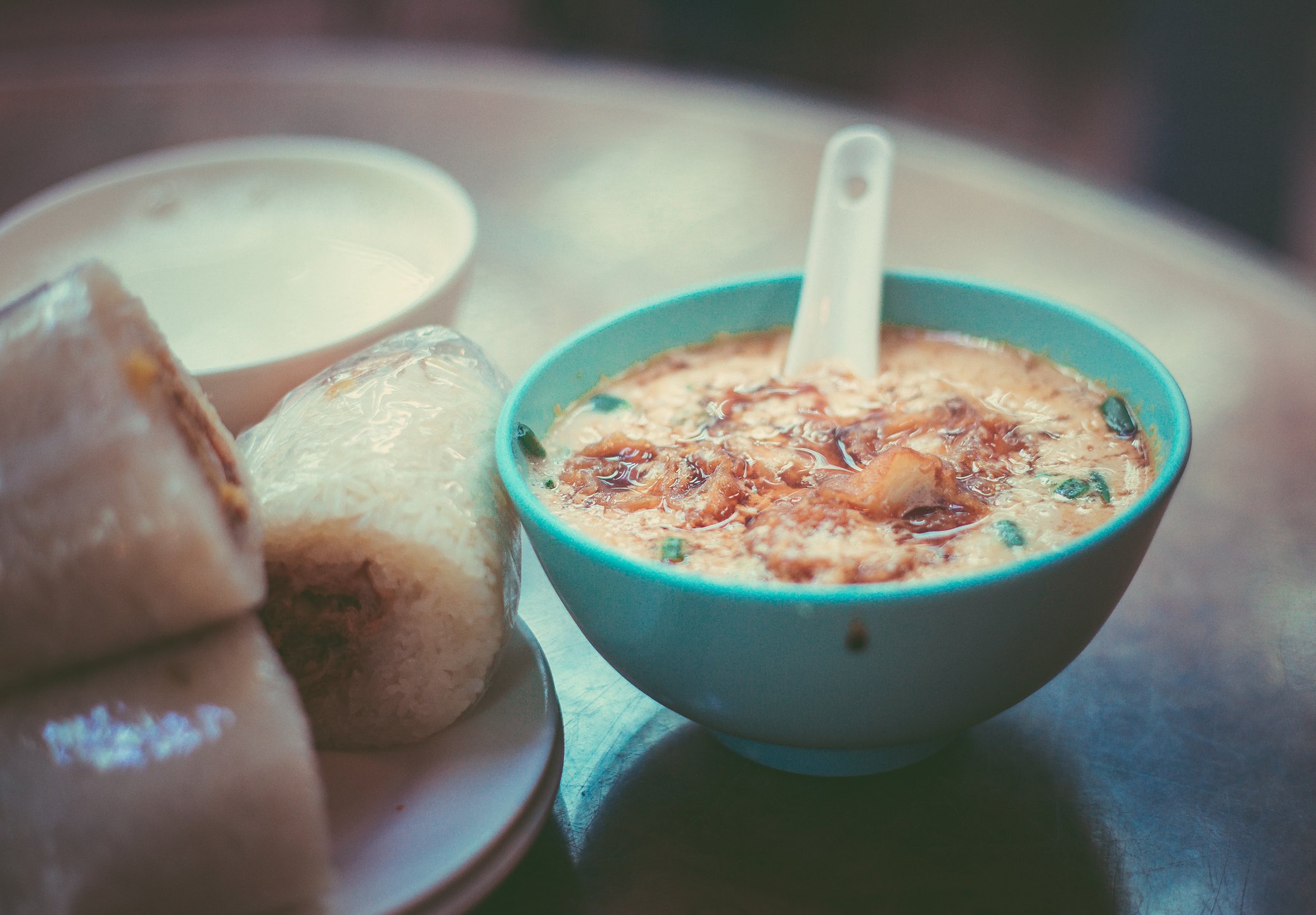 Breakfast (早餐 zǎo cān) is a meal to take seriously in China. China is a huge country, thus, if you have the chance to live or travel there, you will realize that the composition of breakfast dishes has significant differences from one region to another. Through this article, you’ll discover 6 famous and delicious Chinese breakfasts from different regions. (Avoid reading this article if you have not eaten and are hungry!) 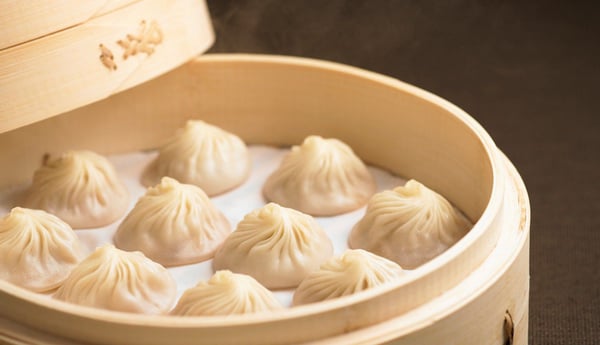 This wonderful dish that comes from the Jiangnan region, is a type of baozi (steamed bun) filled with soup. The signature soup in the dumpling is created by wrapping meat aspic together with pork filling and placing them inside the dumpling skin. Aspic is meat stock that congeals due to the natural gelatin found in meat (pork, in this case). When the dumplings are steamed, the aspic melts and becomes the ubiquitous soup.

In Shanghai, people can queue for a long time in order to treat themselves with high-quality xiaolongbao. Be careful though, the soup inside is very hot. A good tip is to first eat the tip of the bun, so that the heat comes out of it, then blow on it a little bit to cool it down and finally enjoy it. Every bite is a pleasure. 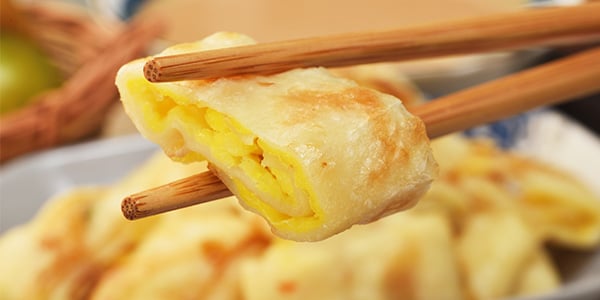 Egg pancake, called , is Taiwan number 1 breakfast. is a simple dish, made with ingredients you probably already have at home. A quick dough made of water, flour, and cornstarch is whisked together briskly and spread over an oiled pan. An egg or two, beaten with a dash of salt and some thinly sliced scallion, goes on top of the pancake. Once the egg is just cooked you flip the whole thing over, cook it for a few more minutes, and then slide it off onto a waiting cutting board, where the egg-pancake is rolled, sliced into pieces, and plopped onto a plate.

It is delicious, mouth-watering and exists in different flavors. Do you want bacon in it? Cheese? Vegetables? All at the same time? Do whatever you want because everything is possible. In Taiwan, you can find them in every breakfast restaurant from early in the morning to noon/1pm. It is a must-try and something you will not regret. 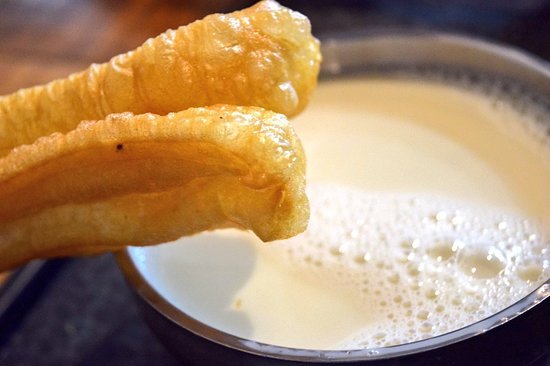 Forget about coffee or milk and churros. In we worship soy milk and youtiao. Soy milk and youtiao are known to be the perfect match. It is not only delicious but also very convenient and suitable for people who go to work or school in the morning.

Youtiao (Chinese fried stick) and soy milk is the best combination for a breakfast. They make a star breakfast which is popular across the country. Youtiao, a deep-fried flour stick is additive, crispy and full of aroma. Soy milk is fresh, light and healthy. This combination gets even better if you dip the youtiao and soak it. After absorbing the moistness and taste of soy milk, youtiao successfully transforms into a juicy and soft dessert. 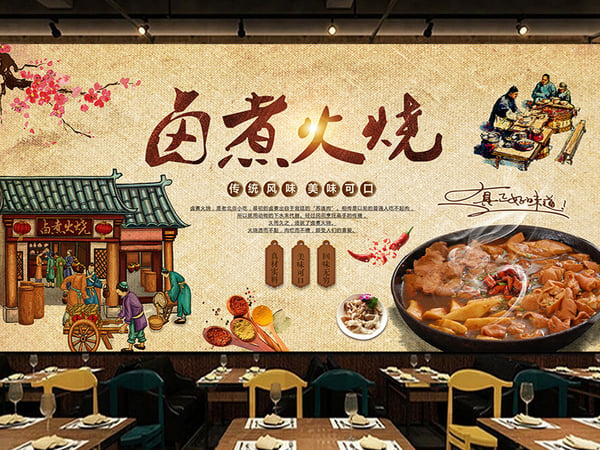 Never go to Beijing without tasting its famous bittern flapjack. Bittern flapjack is a traditional breakfast in Beijing. Pig intestines and lungs are cooked together with bean curd, blood tofu, and then sold in a bowl of hot soup. For westerners, intestines and lungs may not be something that comes to your mind when thinking about breakfast, but it is actually full of flavor. After all, every country has a special dish that people from other countries consider as rather strange, even though they have never tried it. My advice is to immerse yourself completely in the Chinese culture: go ahead and try it!

Spicy lovers, this breakfast from Chongqing is for you! People in Chongqing love eating Chongqing noodles () in the morning as much as they love hot pot when the sun goes down. Xiaomian refers to a group of plain noodles seasoned with vinegar, sugar, red oil, ginger scallion. Sometimes the noodles may be topped with braised beef, braised beans, fried meat sauce or even braised pig’s large intestines. This spicy breakfast is not only delightful but also really cheap. 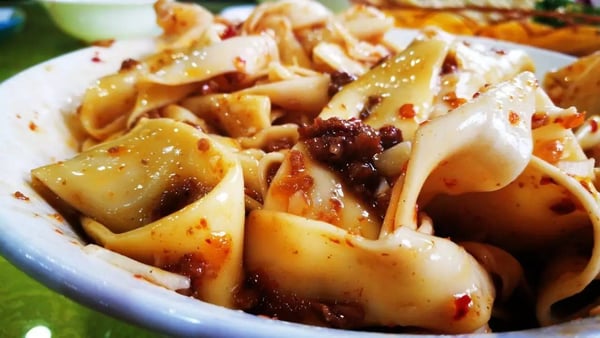 Hot oil noodles- Biang Biang (Biang Biang noodles) a very interesting and popular dish in Shaanxi province. The idea of Biang Biang noodles is really simple but there are unlimited ways to serve it. The basic version of the dish uses thick and wide hand-ripped noodles, drizzled with tons of hot chili oil, chili flakes, and soy-sauce-based seasoning. For homemade versions, people add all kinds of simple toppings, such as blanched bean sprouts and simple stir-fried or raw veggies. As for the restaurant version, fancy items like chicken, beef, and lamb are often placed on top.

If you plan to go on a trip to Xi’an to visit the Terracotta Army, don’t forget to first eat Biang Biang noodles for breakfast. They might be spicy noodles similar to the ones of Chongqing, but the taste and the texture of the noodles are very different. The Biang Biang noodles dish is also very famous because of its name. The name of the dish “Biang” is the Chinese character that contains the most strokes (58 in total). It has so many strokes that it can’t be typed on a computer or smartphone and doesn’t exist in the dictionary

Chinese food is rich and abundant. Whether you prefer spicy, salty, sweet and sour or just sweet, you will always find a breakfast that will make you start your day on the right foot.

Have you ever tried Chinese breakfast? Which dish do you like the most? Share your experience with the TutorMing community :)