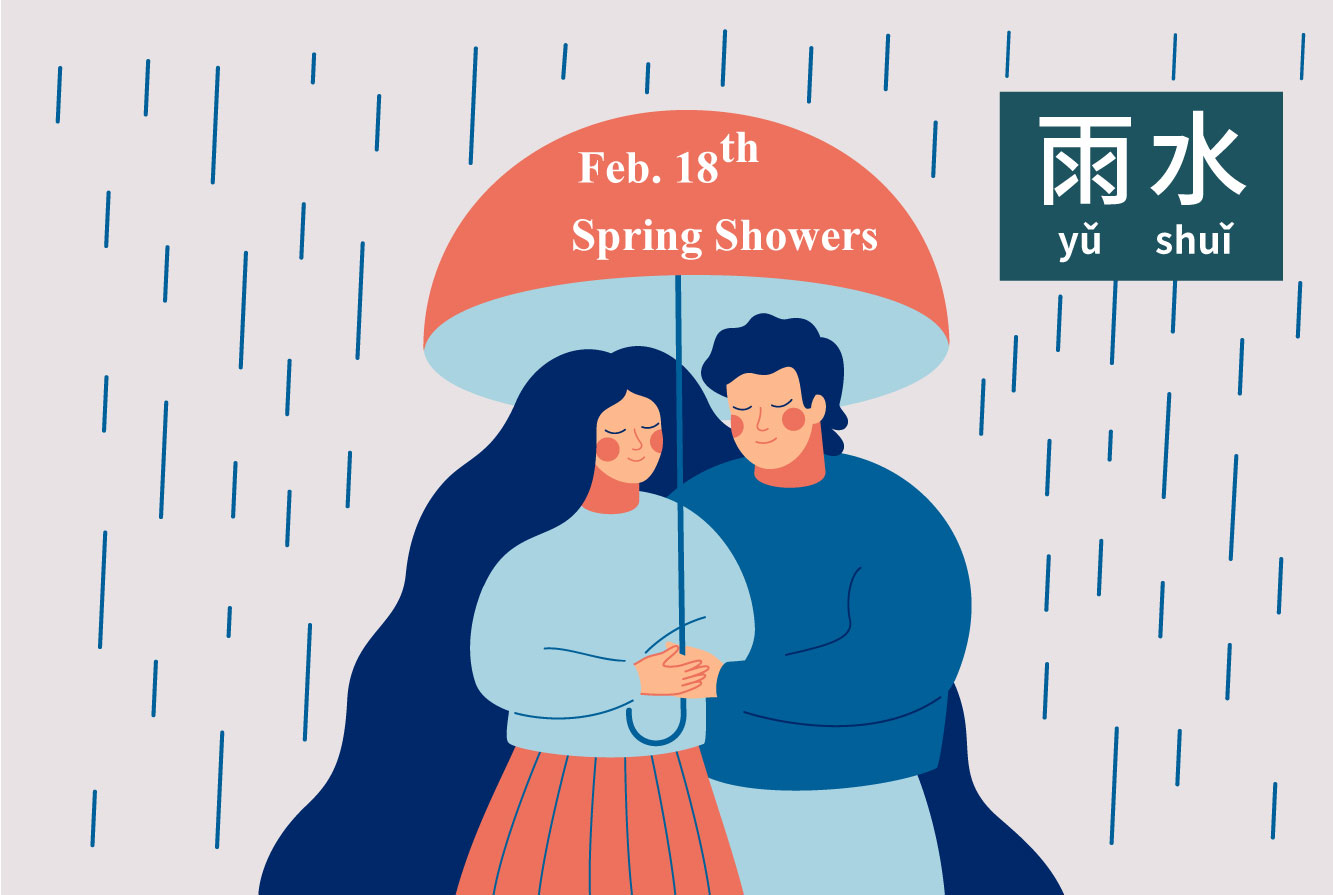 雨水, the second solar terms of the year, indicates the beginning of melting snow and increasing rainfall. Starting from the day of 雨水, the temperature and humidity gradually increase.

Most of Chinese people nowadays are not really doing anything special on the day of 雨水. However, according to the traditions, people give gifts to their parent-in-law to show their respect and wish them a long healthy life. Another tradition which is still common and popular nowadays in Sichuan area is that parents would find a godfather for their little kids to bless them with healthy and bring them good luck.

According to Traditional Chinese medicine, rising humidity during Rain Water period is considered harmful to human’s spleen and stomach. To eliminate dampness from your body, Chinese medical practice suggested that having a bowl of porridge or four herbs soup, 四神汤, Sì shén tang, would be a good choice. The four herbs soup, 四神汤, made with four different Chinese herbs, 山药 Shān yào、莲子 Lián zǐ、芡实 Qiàn shí and 茯苓 Fú líng, usually cooked with pig’s stomach or small intestine to provide extra nutrients to organs of human digestive system. It also suggested that people shall take more sweet foods or fruits, such as 蜂蜜 Fēng mì、大枣 Dà zǎo、甘蔗 Gān zhè、and 梨 Lí, and try to avoid sour fruits, such as 柠檬 Níng méng、西红柿 Xī hóng shì、菠萝 Bō luó and 山楂 Shān zhā, to protect and support your spleen especially, in the meantime, to boost your immune system in a well-rounded way.