What is "Business Proficient" Chinese? 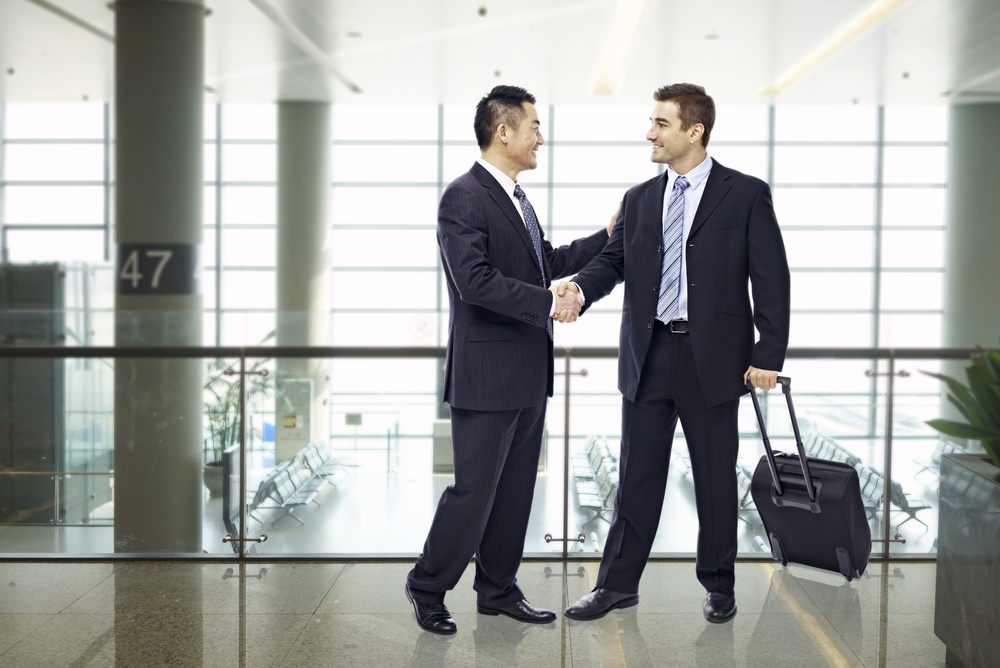 While some foreign professionals in China are fluent in Mandarin to the point where they can give speeches and presentations in Chinese, there are also expats who do well in first-tier Chinese cities without speaking much Chinese. Since each person's career path is different, it is difficult to say just how much Chinese is going to help you make the most of the job experience in China. However, any effort made at learning Chinese can help you in a business context in China, as it demonstrates that you are invested in the country and are making an effort to understand the needs and attitudes of those you are working with.

What is "Business Proficient" Mandarin?

On some applications for jobs in China, the options under the Chinese language ability section range from "basic," to "intermediate," to "business proficient," and then to "fluent." The fact that "fluent" is a step above and beyond "business proficient" is encouraging because it suggests companies value Mandarin ability at a number of levels.

Unless you are a translator or an interpreter, it is not likely that you will find a job in China just based on Chinese skills alone. The value that most foreigners bring to China is based on their specific technical skill(s) or outside perspective and understanding of the world. That being said, business is personal, and you are never going to get on personal terms with someone unless you speak their language. Especially for someone who has to work out business deals, dictionary apps, while they are very handy, just aren't going to cut it. In China, contracts are very much the beginning of , and relationships, or "guanxi," have to be maintained over time, making business in China much less transactional. Therefore, speaking ability is essential to making your Chinese "business proficient."

Mark Zuckerberg is an example of an American CEO who is far from fluent, but has made the effort to learn some functional Chinese, and impressed with his ability to interact with the students at Tsinghua University. This public act won him plenty of admirers on the Chinese internet, and most foreign entrepreneurs with ambitions for the Chinese market do well to follow the example of Zuckerberg. One such executive of an auction company interviewed by the New York Times, Deb Weidenhamer, entered the Chinese market successfully in when she recognized there weren't any auction houses in Shanghai that dealt in consumer goods (rather than in fine arts). When she arrived, Weidenhamer couldn't speak any Mandarin, but her story demonstrates how she slowly incorporated Mandarin into her job, though she still isn't fluent:

"I work on Mandarin 15 hours a week, religiously. I have a tutor who’s actually in Canada, and I work over Skype. I’m very committed, but it’s an extremely challenging language. I certainly wouldn’t describe my level of Mandarin as fluent. When I do auctions I have someone onstage with me who speaks fluent Mandarin to read the product descriptions. I can say numbers in Mandarin, and I’ll switch between that and English... I think there’s an expectation from the Chinese community that if you are committed and you care about having a business in China that you will make a valiant effort to learn Mandarin."

Although she may have a long way to go in terms of becoming fluent, Weidenhamer points out that it is the effort you put forth in learning Chinese that can make the most difference. For entrepreneurs like Weidenhamer, having functional Mandarin is more about being culturally competent and having good communication skills than being able to read all the characters in a Chinese newspaper (although that wouldn't hurt).

Is It Worth The Time Investment?

With so many foreigners now studying Chinese, and of bilingual Chinese graduating every year from Western universities, is there still much of an advantage to learning Chinese, given that it can take several years to become fluent?

While the answer is different for every career, in general, there are lucrative opportunities in China for most people that become more numerous the more Chinese you know. Aside from entrepreneurs interested in growing their business in the Chinese market and individuals working for a Chinese company, many foreigners in China work as relocated employees for multinationals. Speaking Mandarin as a non-native is the main skill that multinationals look for in candidates for banking, corporate law, or consulting positions in China. In China, these expats are called "gold collar" workers because their salaries are so high they are a step above white-collar. For example, a corporate law professional might make $250K per year in Shanghai compared to $160K in New York. When combined with lower living costs in China and relocation bonuses, these "gold collar" expat packages can amount to a much higher standard of living.

In the past, most companies have chosen not to limit the pool of applicants for high-level positions based in Chinese markets to those with bilingual ability due to the shortage of available candidates. However, as the forces of globalization continue to bridge the divides between language and cultures, and as the job market becomes more competitive, companies may be becoming more reluctant to train employees who have no Mandarin experience. A recent article published by Bloomberg pointed out that, although banks across Asia are cutting personnel, they are at the same time hunting for new hires with Chinese language skills and a specific set of financial knowledge. Global headhunting firm Sheffield Haworth interviewed in the article described why these niche candidates are in demand:

"Difficulty finding bankers with Chinese language skills and relevant expertise is also forcing firms to 're-tool' existing employees with training... Historically, the specialists with knowledge of bank capital have been flown in from markets like Europe or Australia. But banks increasingly have to make do with less, and ideally they want a single banker with knowledge of the product who is fluent in Mandarin.”

While the current willingness of these multinationals to train their employees in Mandarin demonstrates how they value Mandarin skills, the ability to speak Chinese is gradually becoming a prerequisite, rather than an advantage, in competing for "gold collar" jobs.

How To Become Business Proficient in Mandarin

Much of learning Mandarin comes down to how much effort and time you put into it, but there are ways you can focus your efforts on learning what is relevant to you. For example, speaking skills are most crucial to preparing your Chinese for the business world, which can save you a lot of time learning , while difficult, is easier than memorizing the 3,000 characters required to read a newspaper. It requires consistent exposure to hearing the language, and you can practice with Chinese television, movies, drama, literature, news or music. Most people need at least one to two years of intensive study to achieve spoken fluency, while written fluency comes with two to three years. Learning Chinese can be fit into a busy lifestyle if it is pursued consistently, just about every day for at least an hour. After about a year of vocabulary absorption and language immersion practice, you can get to basic fluency, from which point you should have the confidence to have conversations in Chinese and get your point across.

It is important to use study materials that are relevant to present-day China. Some language programs have dated or will teach you more literary Chinese (书面语 shūmiànyǔ), which can make the learning curve more difficult. It is important to have the reference point of a native speaker, who can help you adjust your vocabulary and sentence structure so that it sounds right in conversation. Apart from finding the right immersion environment, once you learn how simple the grammar is, you will probably find what you've heard about Chinese being the most difficult language in the world has been greatly exaggerated.