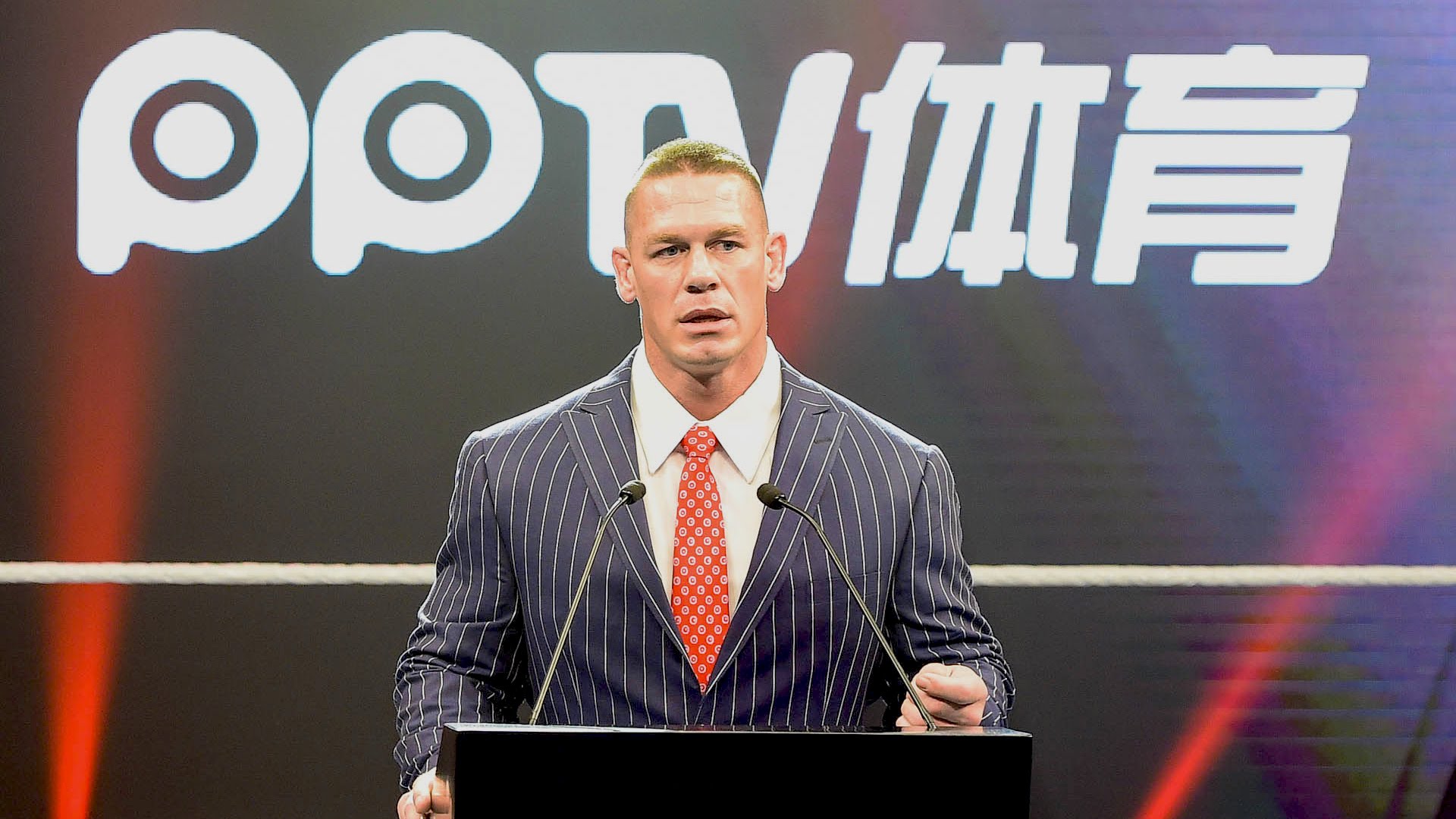 Cena claims his Chinese is “马马虎虎 (mǎ mǎ hǔ hǔ)” a popular Chinese term for “so-so.” So, how good are his Chinese skills? If we assume that Cena wrote his own speech, then his grasp of Chinese grammar is at a high level (perhaps level 7 or 8 by TutorMing standards.) He makes a small mistake when using adjectives“慢(màn) slow” and “容易 (róng yì) easy” but the rest of the speech has very few errors. However, like many beginners to the language, he struggles with Chinese tones. Most native speakers are still able to comprehend him based on context, but the tonal slips can make his fluent Chinese grammar seem garbled.

We think his enunciation of Chinese tones better than Mark Zuckerberg’s. See for yourself:

This isn’t the first time John Cena has showed off his Chinese-speaking chops. He appeared in the movie Trainwreck with Amy Schumer, where he used his Mandarin fluency as comedic relief in this awkward sexual encounter scene. You can check out the clip here. (Warning: NSFW)

At 251-pounds, the pro-wrestler is much more known for his 24 championships and his occasional acting credits. Cena is a polygot; outside of Mandarin, he’s studied French, German, and a bit of Hindi.

As it turns out, the WWE (World Wrestling Entertainment) is the one pushing for his multilingual status. According to multiple sources, WWE contracted a foreign language center in Indianapolis to help their talent learn second languages. This is to make them more appealing and marketable to overseas audiences.

The plan worked. WWE just signed a deal with Chinese streaming media company PPTV to broadcast “WWE Raw” and “WWE SmackDown” shows in China. With China’s strong influence in the film industry, it’s a no-brainer that the entertainment company would want to broadcast their material to a potential audience of 1.3 billion. With that large of a viewership, the profit margin could be huge.

WWE is not the first entertainment company seeking for growth in China. Disney recently opened their first theme park in mainland China at the cost of 5.5 million dollars, and cleverly included many Chinese cultural elements in the attractions.

More importantly, WWE signed their first Chinese wrestler, Bin Wang from Anhui province, to a contract, which is an extremely shrewd business decision. Having a member of their own in the wrestling ring will definitely make Chinese officials more supportive of WWE’s other efforts. On top of that, it endears the Chinese people to the sport and network. Having Bin Wang in the ring may skyrocket WWE’s profit, if the NBA is any example; basketball exploded in popularity in China after legend Yao Ming was signed to the Houston Rockets. 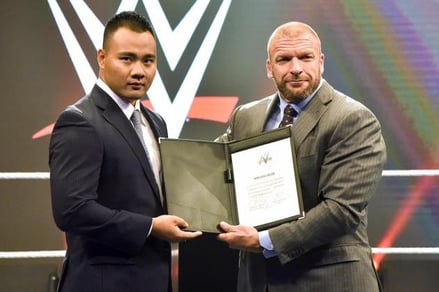 In fact, Yao Ming was present at the WWE press conference.

Thank you for joining us in Shanghai for this momentous occasion @JohnCena @YaoMing. 非常感谢 pic.twitter.com/akGlX0pa5S

Yao Ming’s success story has become a methodology for all Western league sports seeking market entry to China. In 2013, Bin Wang was scouted at a gym in Shanghai by Inoki Genome Federation, an independent promoter of pro-wrestling. “It’s a new sport for China. We figured that to find a ‘Yao Ming in the ring’ would be a short-cut to popularize pro wrestling in the country,” Director Simon Inoki told Shanghai Daily.

“I like the sport very much and feel extremely honored to be given the opportunity. Pro wrestling has a number of followers in China, but we have no professional trainees or training teams,” said Wang.

In other news, some Western sports are seeking more modest methods of entry into the Chinese market.

Ultimately, the corporate partnership between PPTV and WWE, along with the signing of Bin Wang to a WWE contract, will benefit all parties involved. The emergence of another “Western” sport into Chinese public eye is another step in bringing two cultures together.

John Cena learning Mandarin was a clever marketing decision on behalf of WWE. Find out what other Americans speak Chinese in our post here: 5 Americans You Didn’t Know Spoke Chinese.

Want To Be Like John Cena? Learn Mandarin with TutorMing!