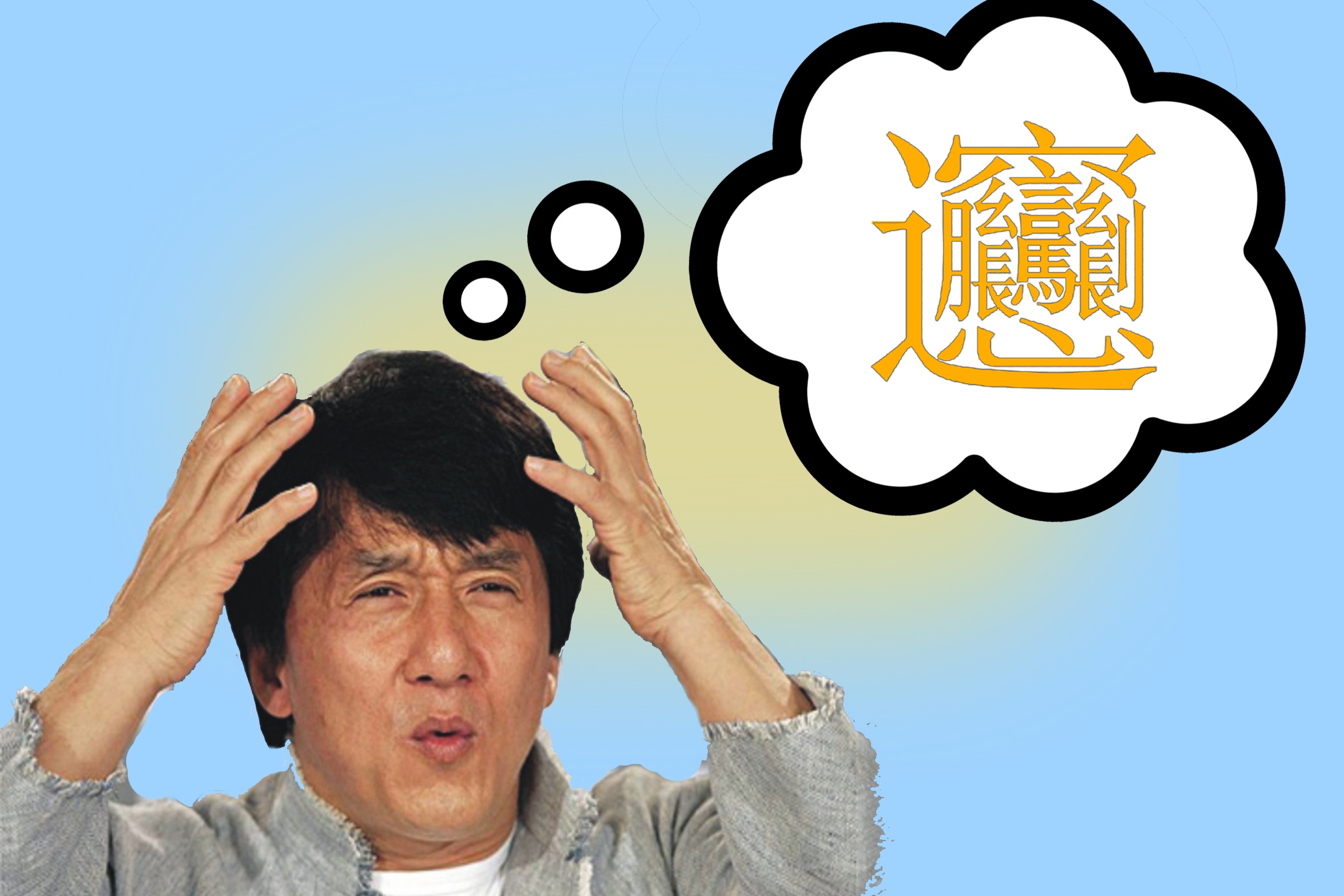 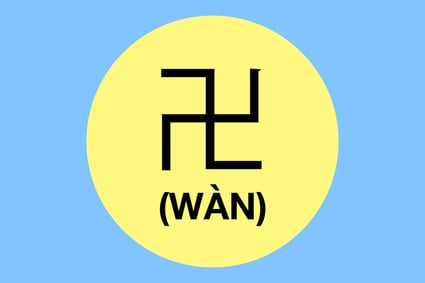 This Chinese character represents an ancient religious symbol called swastika. Established about 300 years ago, it is important in the context of Hinduism and Buddhism. This character may remind you of the Nazi symbolism, which has the legs of the symbol spin to the right. However, wan spins to the left.

Out of the Buddhism context, however, "卍“ has also evolved to mean "swastika" in modern day Chinese. 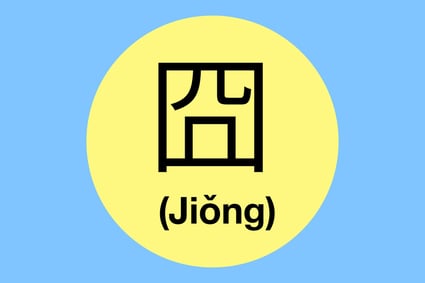 Jiong is a word used to express being embarrassed, dumbfounded, awkward, or shocked. The character itself looks like a face: the 儿 can be seen as the person’s eyes, and the bottom part that looks like “口(kǒu)” means “mouth” in Chinese. It is a slang word that is similar to how “Orz” or “OTL” is used.

Related: 10 Chinese Slang Words To Make You Sound Like A Native 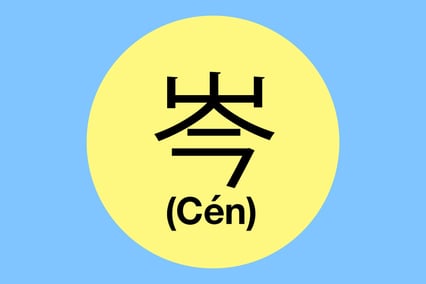 This word simply means “peak/steep”. It looks like “山 (shān) = mountain”, and “今 (jīn) = today/current”, combined on top of each other. 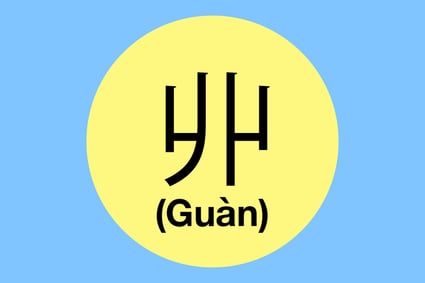 It looks like two forks side-by-side, doesn’t it? And it kind of looks like this Chinese character, but mirrored: “丩 (Jiū) = to connect“. Guan actually means “tuft of hair”, and typically refers it to be hair from a child. It can also mean “young” or “underage”. 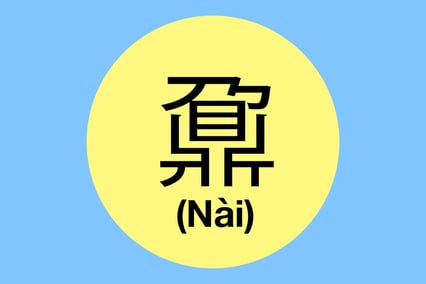 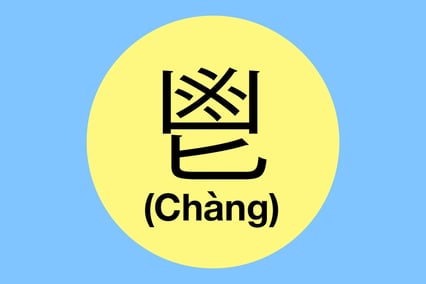 Chang can mean “unhindered” or “sacrificial spirit”. This word is funny-looking mostly because of the cross-mark with four dashes surrounding it, as that is not commonly seen in Chinese characters. 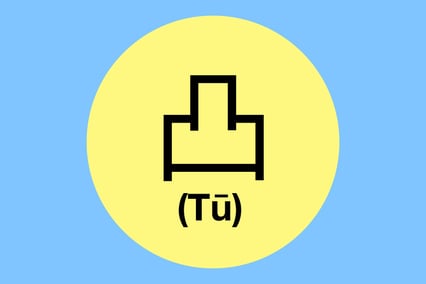 Tu is pretty much the opposite of ao. Instead of having an indentation in the word, there is an increment—a bump that arises from the word. Unsurprisingly, this word means “to stick out”. 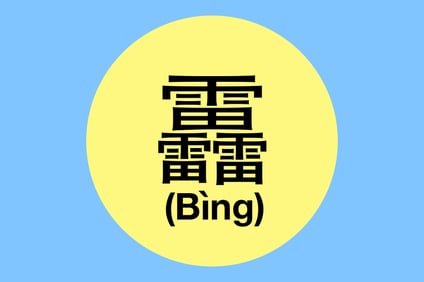 Bing means “thunder”. There are many Chinese words which combine three of the same characters together to form a new character. Same goes with combining two, and even four! In bing, three of雷 (léi) is combined, and on its own, lei can mean “thunder” as well. Lei means “terrific”, but it can also mean “terrifying” in terms of internet slang. It is also a surname.

Alright, get ready. Here is the tenth Chinese character of our list: 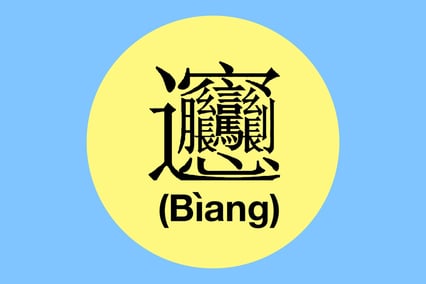 Looks fun, doesn’t it? Let’s warm up with some background about this word first. The origin of this word is actually unclear, but today it is assumed that the word originated from a Shanxi province noodle shop named 面 (biáng biáng miàn). Mian is noodle in Chinese, and biang is supposed to be a sound—either the sound of chewing mian, or the sound of making mian.

Look at how many strokes it takes to write this word—56! That may be a reason why this word is not in the data base of any computer. If you try searching this on Wikipedia, you’ll see that the “typed-out” word is actually a picture. We are not joking when we say you cannot type out this Chinese word on the computer. As for writing it? Good luck.

Want To Learn Chinese? Sign up for TutorMing to learn more