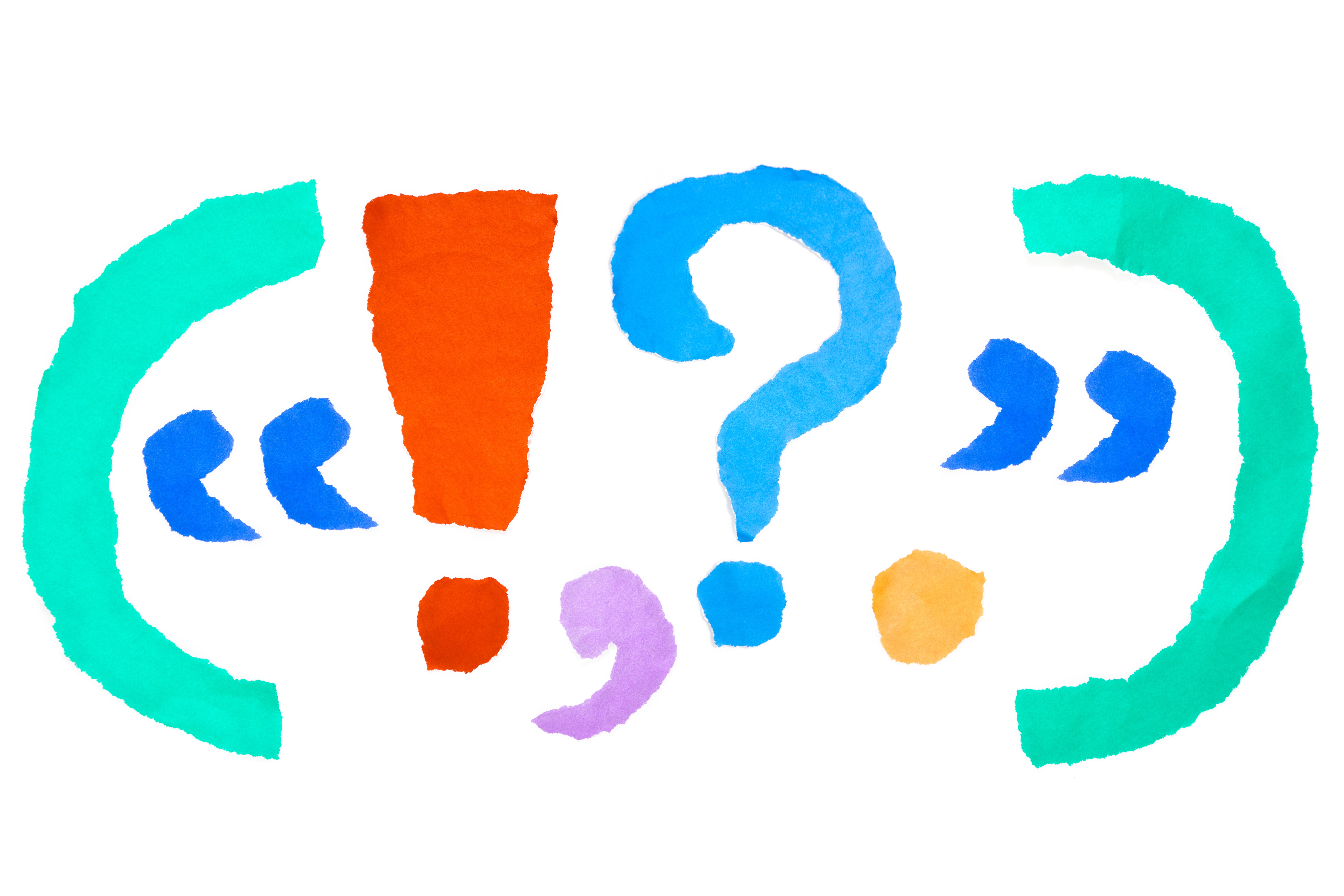 Since Chinese text can be written vertically (column written top to down, columns written right to left) or horizontally, some punctuations adapt to these changes. Each Chinese character occupies a square space, and so each punctuation mark does the same. As such, Chinese punctuation marks are called full-width, as opposed to English half-width punctuation, because of the space they take up.

Certain punctuation marks rotate 90 degrees when the text is written in a vertical form. Square quotation marks, parenthesis, and book title marks are a few of the symbols that follow this rule.

These symbols directly translate over from Western to Eastern languages, including their meaning, appearance, and usage.

？(问号/wèn hào) is a question mark

；(分号/fēn hào) is a semicolon

，(逗号/Dòu hào) is a comma. However, it cannot be used to separate different parts of the whole list; there is a separate comma for that use.

MARKS DISTINCT TO THE CHINESE LANGUAGE

While some punctuation marks are similar or exactly the same as their Western counterparts, there also exists punctuation that are exclusive to Chinese text.

。(句号/jù hào) is a full stop, equivalent to a period in Western punctuation.

、(顿号/dùn hào) is an enumerated comma, used when listing things in sentences. For example, “I like red, blue and purple.” would be written as “我喜欢红色、蓝色和紫色。”

It might be difficult learning how and when to use these punctuation marks, but with practice you should be able to pick it up! Sign up with TutorMing and get a jump-start on learning Chinese.