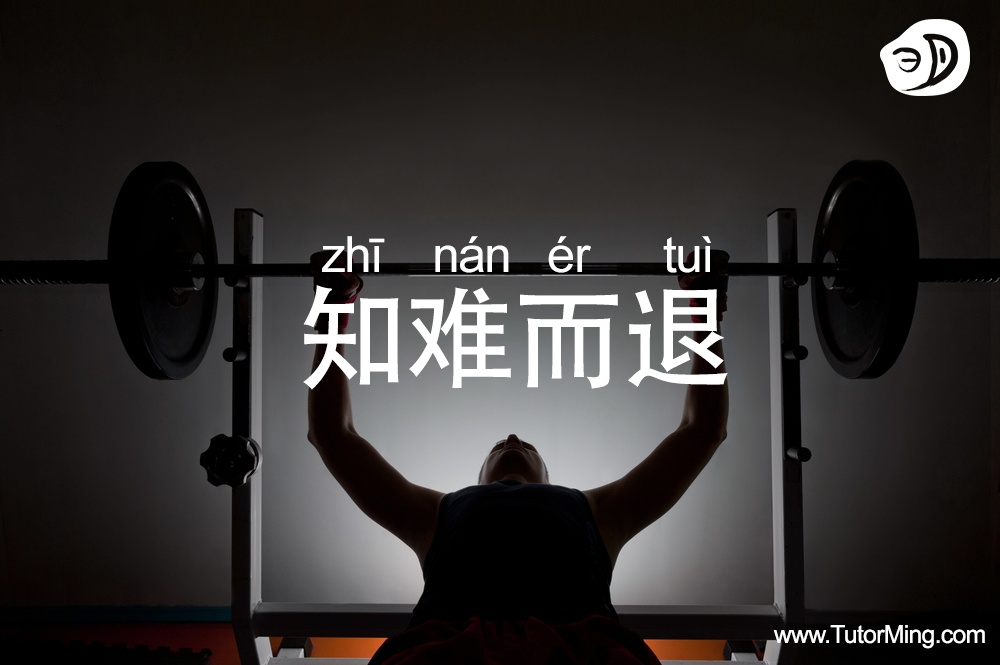 Individuals typically use this idiom to describe knowing one’s limits.

During the Spring and Autumn period in China, a time when China was made up of tiny military-states, political conflict began to arise between three states: Jin, Chu, and Zheng. The Jin and Chu states wanted to conquer one another; the Zheng state supported the Jin state.

When the Zheng state eventually became a part of the Chu state (because of battles and politics), the Jin state found a reason to invade Chu state. They would fight in the name of returning the Zheng state’s independence.

As the Jin troops neared the Chu state, the generals heard that the Zheng state and Chu state had reconciled under peaceful circumstances. The Zheng state would become a part of the Chu state. 筍林 (sǔnlín), a general for the Jin state, realized that their reason to invade had disappeared and told the other generals that they had to leave. “Fighting the Chu state will not help us,” Sun Lin cried. “Fighting a state for no reason will make other states lose respect for us and will hurt the stability of our state. We have to leave.”

The other generals decided to ignore Sun Lin’s advice. They said, “We cannot cower away from a fight because the enemy is stronger! We need to fight like men!”

These generals took their soldiers, fought with the Chu soldiers and lost. The Jin state eventually became a part of the Chu state.

HOW TO USE “知难而退” IN A SENTENCE

1. 你不要跟他争了。他的实力比你抢几百倍，你要知难而退。
Stop competing with him! He has much more power than you do and you must know your limits.
2. 知道知难而退的人比那些拼死活命的人聪明多了。
People who know their limits are much smarter than those who don’t.
3. 这官司你赢不了，所以要知难而退。放弃吧。
You know you can’t win this lawsuit and you need to know when to stop.