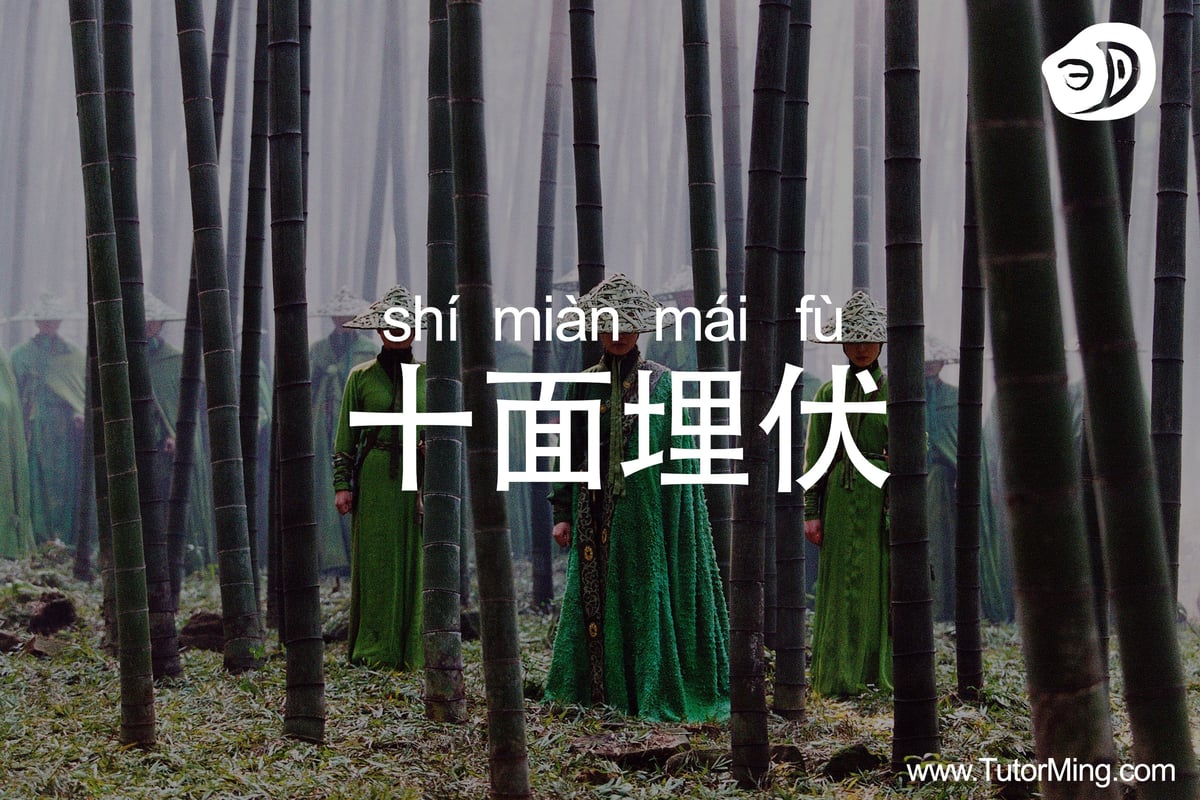 Many know 十面埋伏 because of Chinese director Zhang Yimou’s 2004 award-winning wuxia movie of the same name (also known as "House of Flying Daggers" in English.) The idiom describes a specific manner of military strategy in which the enemy is ambushed. Typically, it refers to moving slowly, but striking the enemy hard.

十面: ten surfaces (means “all around”)

Towards the end of the Qin Dynasty, there lived a man named 韩信 (hán xìn). He fought for the Qin Dynasty many times, displaying incredible performance on the battlefield, but never received recognition for his feats. Under the leader 项羽 (xiàng yǔ) at the time, Han Xin tried numerous times to get promoted from soldier to a general but to no avail. Xiang Yu did not see Han Xin’s potential. So Han Xin left and went to fight for Xiang Yu’s enemy, 刘邦 (liú bāng). Fun Fact: Liu Bang started the Han Dynasty after the Qin Dynasty fell.

Once again, Han Xin fell into a depression. Liu Bang did not notice his potential, and Han Xin decided to leave later on. Fortunately, he was called back by one of Liu Bang’s advisors, 萧何 (xiāo hé), who had seen Han Xin’s military inclinations in the flesh. Liu Bang decided to listen to Xiao He and Han Xin became a general.

Even though Xiang Yu managed to escape the ambush, he eventually committed suicide. Why? Xiang Yu would rather die by his own hand than risk torture by the enemy. Makes sense.

HOW TO USE “十面埋伏” IN A SENTENCE

我个人觉得十面埋伏的战术太阴险
I feel that ambushing people in battle is too sneaky.

要十面埋伏的话，必须得慢慢计划策略
A successful ambush needs to be planned out carefully.