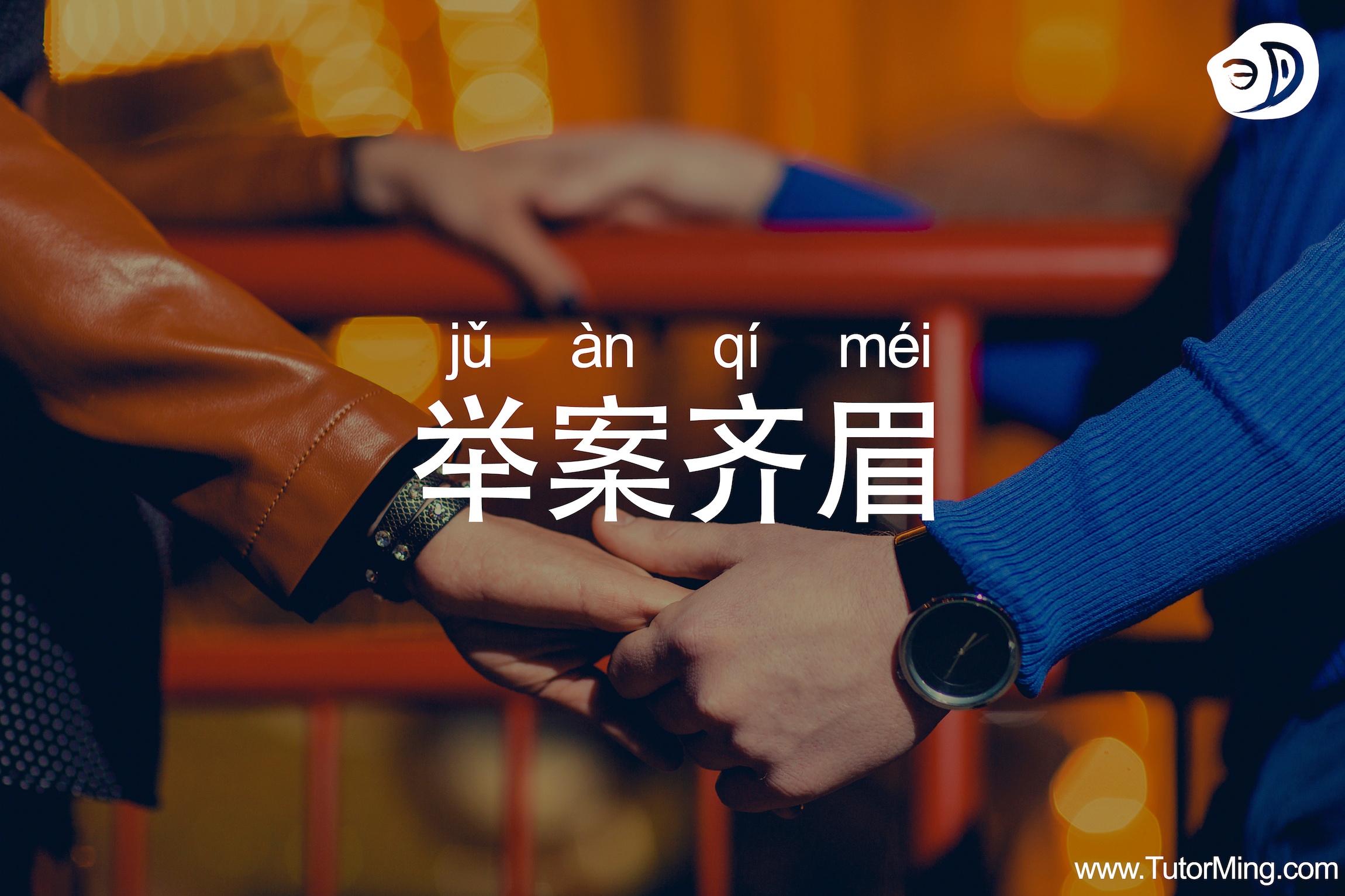 齐眉: Literally to “lift the eyebrows;” figuratively to have mutual respect in marriage

Entire Translation: Translated literally, the idiom means “to lift the tray to eyebrow level.” You can picture this image with a woman holding a tray of food up to her eyebrows and giving it to her husband. 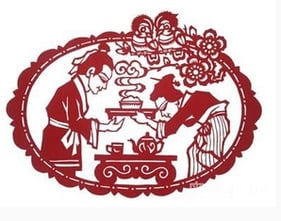 Individuals should note that China functioned ) under a patriarchal society so such an action in modern terms may be viewed unfavorably. Figuratively speaking, the idiom just refers to mutual respect in marriage.

During the Han Dynasty, there lived a man named 梁鸿 (liánghóng) who possessed great intellectual capacity. Contrary to most other intelligent folk, Liang Hong had no desire to become an official to the emperor and lived in the mountains as a farmer. Despite this seemingly humble occupation, Liang Hong’s name became incredibly famous in the city; his upright and straightforward personality attracted the attention of many rich families who wanted him to become their son-in-law.

Liang Hong received many requests for marriage, but being incredibly proud, he rejected them all. As time went on, Liang Hong eventually found himself a wife; this woman, though incredibly unattractive and dark (contrary to Chinese beauty standards), possessed incredible strength and an aura that detracted from her ugly appearance. She too received many requests for marriage but rejected them all, telling her parents that she would marry only if the man was like Liang Hong. The two eventually met and married.

Their incredibly romantic lifestyle eventually ended with Liang Hong’s creation of a document criticizing the fragility of the current court (government). The emperor read this document, lost his temper, and decided that he wanted to kill Liang Hong. So Liang Hong and his wife fled to a neighboring state where he began to work the fields for a rich family. Every time Liang Hong came home, the head of the rich family saw that Liang Hong’s wife would lift a tray of food to eyebrow level and serve it to Liang Hong. The head of the family saw this interaction and said, “This worker has the ability to make his wife respect him so much; he must not be an ordinary person.”

Eventually individuals began to use this idiom to describe mutual respect in marriage.

HOW TO USE “举案齐眉 IN A SENTENCE

1. 我的邻居举案齐眉数十年，让我相信爱情是永恒的。
My neighbors have been married for ten years and make me believe in love again.