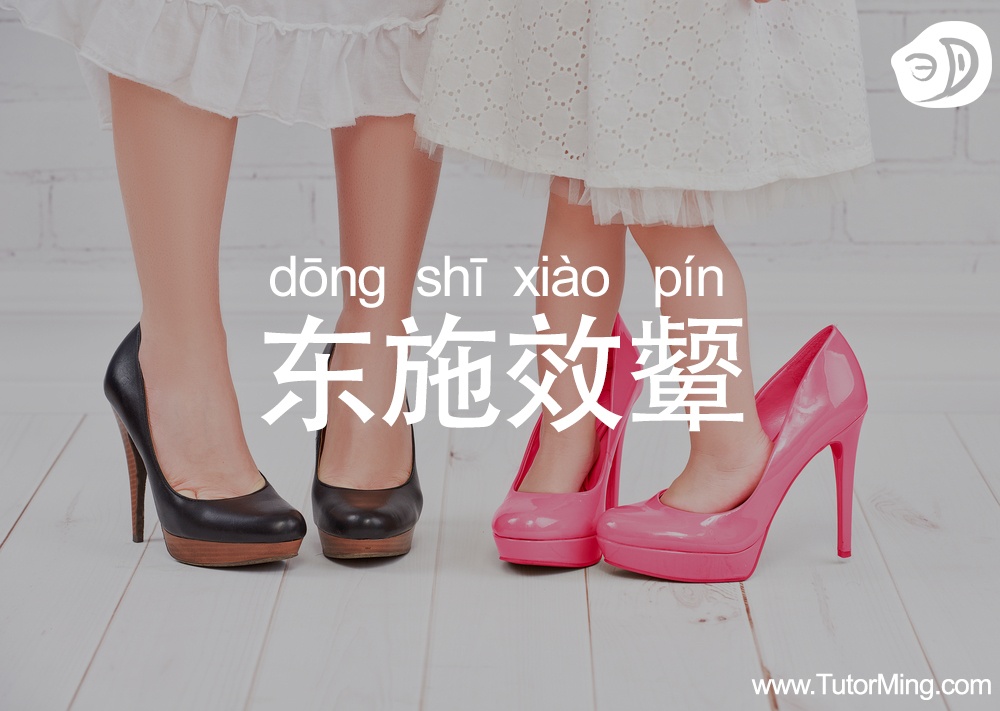 The idiom 东施效颦 refers to imitating a person/object/thing in order to gain a desired effect (i.e. wearing skinny jeans to appear fashionable).

东施: in the context of the story behind the idiom, 东施 refers to a person who bears opposite qualities to that of 西施 (xī shī), who is one of the Four Beauties of Ancient China. The 东 in Dongshi means “east” and the 西 in Xishi means “west.”

颦: to crinkle the brows; to scowl

Because of a congenital heart condition, Xishi (you can read more about this ancient beauty here) would get daily chest pains. She would knit her brows together and crinkle her forehead at the pain, making her even more beautiful than she naturally was. The townspeople would stare in awe at her beauty and all the girls in the town wanted to be exactly like her.

In the same town, an incredibly ugly girl named Dongshi tried to imitate Xishi. As she walked on the streets, Dongshi would copy Xishi by crinkling her forehead. However, these actions did not work on the unattractive face of Dongshi and served to increase the level of ugliness that she displayed. The townspeople shut their doors on Dongshi.

The moral of the story: Don’t blindly imitate others. What works for them may not work for you.

HOW TO USE “东施效颦” IN A SENTENCE