Why Is China Obsessed With Korean Pop Culture? 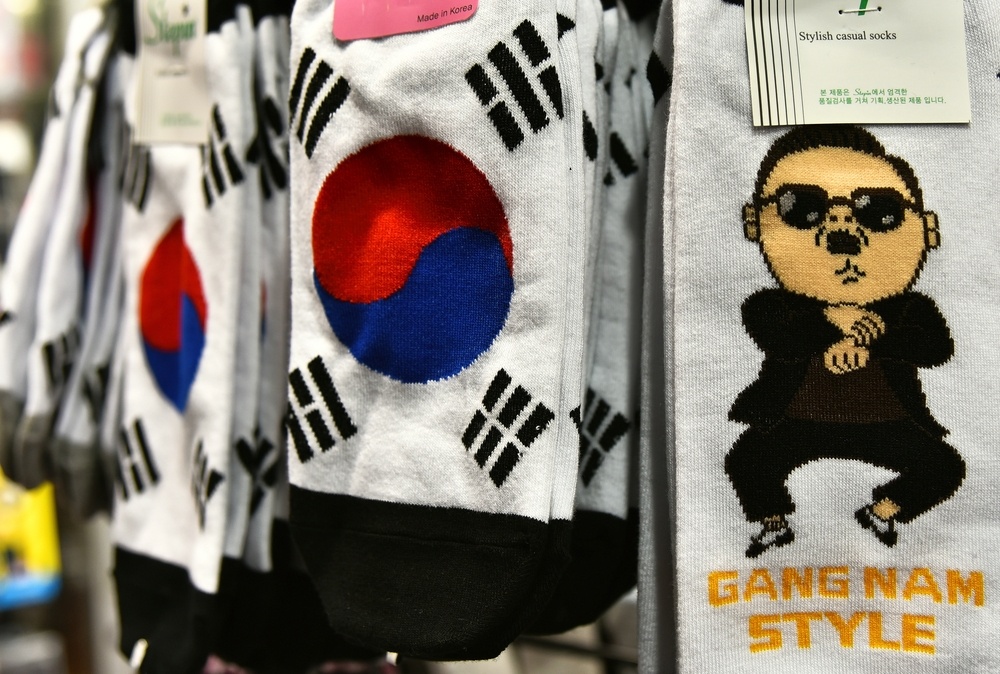 "Hallyu," a Korean term meaning "Korean Wave," was coined in 2001 by the Chinese media to describe the phenomenon of pop culture from South Korea sweeping across East Asia. Nowhere is the impact of Korean cultural appeal in Asia more apparent than in China, where the lack of a strong domestic media industry has created demand for the same production value and screenwriting quality that Korean media companies have become so consistent in delivering. Even some of China's most popular TV shows are remakes of successful shows in Korea, demonstrating how reliant China has become on Korea for entertainment that speaks to its cultural tastes. However, high-quality content alone doesn't explain the demand for Korean cultural imports, and it is the lifestyle represent in Korean dramas and music videos that Chinese, especially the younger generation, crave. It is not by coincidence that South Korea's rise to overtake Japan as the cultural trendsetter of Asia has happened at the same time as China has developed into the world's second-largest economy. Chinese fans look to Korea as a model of balancing modern capitalist and Western culture with Confucian values, and sometimes even as the source for a revival of traditional Chinese culture.

South Korea has enjoyed several advantages in replacing Japan as Asia's cultural soft power. First, the South Korean government started investing heavily in the entertainment industry in the 1990's, when it realized it was losing its competitive edge in manufacturing to China. President Kim Dae-Jung, who called himself the "president of culture," began setting aside upwards of one percent of the government's budget for the entertainment industry, a practice which has continued to this day.

Secondly, South Korean media companies are run like the country's large industrial giants, or "chaebols" (think Hyundai and Samsung). They operate like highly efficient monopolies, owning all the distribution channels and every point of entry. Promising teenagers are given binding contracts in their teenage years so they have to stick to a single media company and spend years grooming and perfecting their act before they ever make a public appearance. The top-down approach to producing talent is very controlled and results in a factory-made and conventional style of music, but also never fails to deliver catchy hit songs and music videos choreographed to perfection.

Thirdly, South Korea has an advantage through the American military presence which made American pop culture readily accessible since the Korean War (1950-1953). Exposure through the American Forces Network television and radio, and in bars, nightclubs, and record shops has clearly shaped South Korean tastes, explaining why R&B, hip-hop, and rap are popular genres in Korea today. Because a market already exists for these genres, South Korean producers have an easier time exporting music. Many Chinese, for instance, see Korean rap as a more relatable alternative to rap music from the United States. Compared with pop culture that originates from elsewhere, Korean pop culture is more puritanical, despite being ultra-modern in style, allowing it to have broader appeal in a traditional culture like China.

Last year, a single episode of "Descendants of the Sun," a military-themed melodrama, was viewed over 2 billion times in China alone. The discussion on social media went on for weeks, and the traditional media ran all sorts of bizarre stories related to fan fervor, including one about a woman who went blind after reportedly binge watching the show for 18 hours straight.

Korean TV dramas have been such a huge hit in China because they do not conflict with Chinese cultural values. The first big hit in China was "Daejanggeum," a historical fiction drama which aired in 2005. The show's popularity was such that, during a South Korean politician's visit to China, General Secretary of the Communist Party of China Hu Jintao told his guest, "It's a pity that I cannot watch 'Daejanggeum' every day because I am so busy." Other high-ranking Chinese government officials also praised the show, leading the Chinese media to announce that Korean cultural imports were becoming a phenomenon. "Daejanggeum" depicts traditional Korean court culture, which drew significantly from Chinese cultural practices through the social philosophy of Confucianism. Elite culture in Korea followed the Chinese calendar, read Chinese books, and took part in Chinese-style imperial examinations. China's rapid modernization has meant that at times traditional culture has been left behind, but "Daejanggeum" and other historical fiction dramas like it serve as a reminder to Chinese audiences of the influence traditional Chinese culture used to have.

Dramas that depict contemporary lifestyle are equally resonant with Chinese audiences because they demonstrate how traditional Confucian values can be integrated into a modern society. The vivid depiction of modern day peoples' lives in TV dramas educates on how family values, respect for the elderly, and male inheritance have made their way into a capitalist society that is also influenced by Western culture. Chinese audiences are especially fond of sentimental stories with a relatable plotline. One of the more common types of in Korean TV drama is the "Cinderella Story," where a wealthy young man encounters a beautiful middle-class girl and transforms her life. These stories are popular because they include elements of patriarchal Confucian culture as well as a contemporary and familiar narrative of social mobility in modern capitalist society, which Chinese audiences find relatable.

The obsession with Korean drama hit a peak in 2014, when "My Love From A Star" was viewed 14.5 billion times on China's video platform site iQiyi. The show reached such heights of popularity that Guangzhou's Time Weekly reported that the clean-cut appearance of the male lead in "My Love From A Star" was challenging Chinese attitudes toward gender roles. While the Chinese male protagonist is usually "careless and nagging but generally a good person," Korean dramas star Prince Charming characters, which the publication said was encouraging Chinese women to demand their men take more care in their appearance. "My Love From A Star" created another social phenomenon in China when a chicken and beer craze occurred after the lead female character in the show developed a habit of having "" (Korean for chicken and beer) on the first snowfall of the year.

Related: Dating And The Rise Of Naked Marriages

The influence Korean TV dramas have on the Chinese market has opened up product placement opportunities for both Korean and international brands. When Sait Laurent lipsticks, Burberry trench coats, and Samsonite red bags featured on "My Love From A Star" and another show called "Reply 1994" in 2013-2014, their products sold out in Korea and some parts of China. Some of the biggest winners of the "Korean Wave" have been in the cosmetics industry. In 2015, AmorePacific, South Korea’s biggest cosmetics company, experienced a 44 percent year-on-year jump in overseas sales. Korea has also become a top travel destination for Chinese tourists due to the lifestyles portrayed in Korean dramas. Chinese tourists account for 35% of Korea's total visitors, and they tend to spend a lot of money on retail, often making product choices based on what is represented in Korean dramas. Korean soap operas are the main reason other Korean cultural imports, including popular music, movies, internet games, fashion, and food including "" have gained popularity in China.

Some analysts argue the influence of Korean culture will be prevalent in China for another ten years before it slows down because of the low cross-cultural barrier. However, Chinese investors are looking to have a bigger stake in the Korean media business, and have invested heavily in Korean media companies just like they have in . Re-makes of programs like "Running Man", "Superstar K" and "Where are We Going, Dad?" have had a lot of success in China, and Chinese entertainment companies are eager to learn the tricks of the trade through partnerships with Korean producers. In the future, there are likely to be more co-productions taking advantage of abundant Chinese investment money and high-quality Korean production value. According to Kang Myung-, the director of Seoul National University Asia Centre, “China is becoming the melting pot of the world’s most popular television programs." While the K-pop phenomenon may not last forever, it is likely to strongly influence the future of Chinese perspectives on culture and entertainment through the Chinese millennials who are currently obsessed with all things Korean.