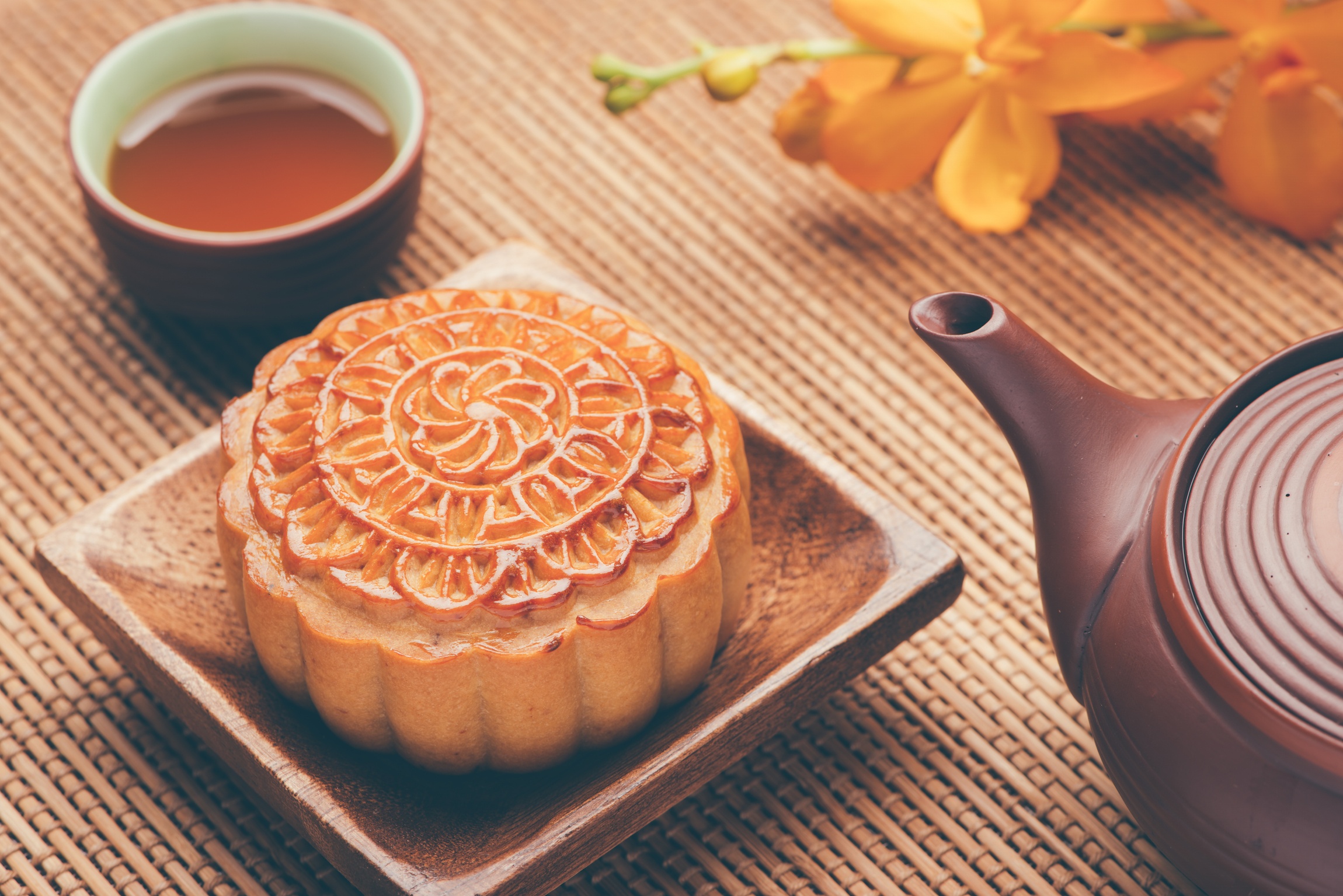 Mooncakes are round or square in shape, and have a pastry exterior with a dense, sweet filling usually made from lotus paste. Many of them also contain a salted duck yolk. Mooncakes are often sliced into wedges, and shared with the family along with tea.

Even with this tradition, mooncakes are not everyone’s cup of tea. Some critics say that mooncakes resemble “chewy hockey pucks” (in shape, weight, and flavor.) Mooncakes are also quite calorie-heavy; a single mooncake can have over 800 calories! Despite that, mooncakes are huge means of profit for Chinese bakeries, hotels, and restaurants, bringing in an estimated 2 billion dollars every year during the festival.

The mooncake industry is so lucrative that even global brands such as Starbucks and Häagen-Dazs come up with their own varieties.

Part of this is because the majority of mooncakes purchased are gifted to family, friends, and colleagues. Giving luxury mooncakes to business partners and contacts are a way to curry favor and nurture 关系guanxi (“social capital.”)

Because of this, mooncakes often come in exquisite (and wasteful, some people argue) packaging. Many come in their own individual tins. It is not uncommon for a luxury mooncake set to cost more than 100 USD.

Traditionally, mooncakes are filled with lotus paste or red bean paste, with a buttery exterior. Some mooncakes contain salted yolks, representing the moon, giving the cake a sweet and savory flavor. Other traditional flavors include nuts, sesame paste, and even preserved meats such as salted pork. Different regions in China have different flavors.

In recent times, “snow-skin” mooncakes originating from Hong Kong have become extremely popular. Instead of being baked, these mooncakes are made from glutinous rice and are refrigerated. The texture is similar to mochi.

A Brief History of Mooncakes

The origin of the mooncake can be traced back to the Tang Dynasty. Famous poets in this era were often inspired by the moon, so many ancient Chinese poems had lunar themes. The emperors would often offer tribute to the moon goddess, which consisted of fruits and pastries.

Another famous folktale regarding the mooncake comes from the 13th century Yuan Dynasty, when the Chinese were under Mongol rule. The Mongol rule was oppressive, and the Han people decided to plan an uprising. Rebel leader Zhu Yuanzhuang distributed mooncakes to all of the Chinese residents, each cake containing a piece of paper saying “Kill the Mongols on the 15th day of the 8th month.” The rebellion succeeded, and Zhu Yuanzhuang set up the Ming Dynasty.

How Mooncakes Are Made

Mooncakes are composed of two parts, the skin and the filling. The skin is made with flour, golden syrup, alkaline water, and cooking oil. The traditional lotus paste filling is made with lotus seeds, with the option to include sesame and nuts.

The skin is wrapped around the filling, and then pressed into a pretty mold before it goes into the oven.

You can watch the video below for a recipe: