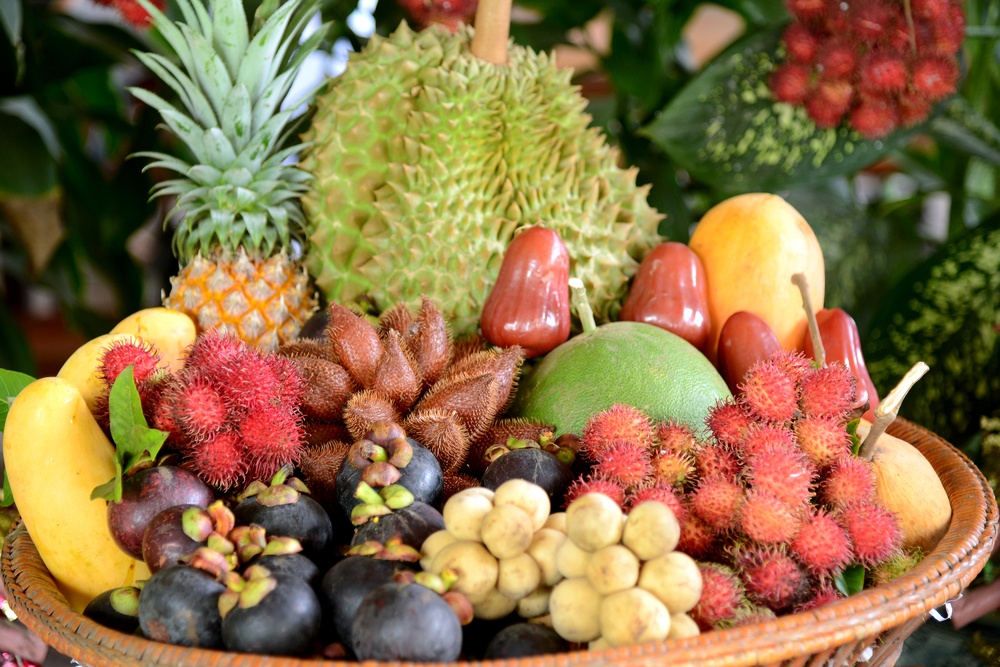 A Jujube a day keeps the doctor away. Jujube may be an exotic fruit to a lot of Westerners, but it is very common in China and other Asian countries. Due to different climates and geographical locations, fruits that are commonplace in China might be quite strange to people from other countries. After all, it is not every day you have spikes, fur, or tentacles as a part of your fruit.

We explore some of the odd-shaped and vibrant-colored fruits that are typically found in Chinese markets. 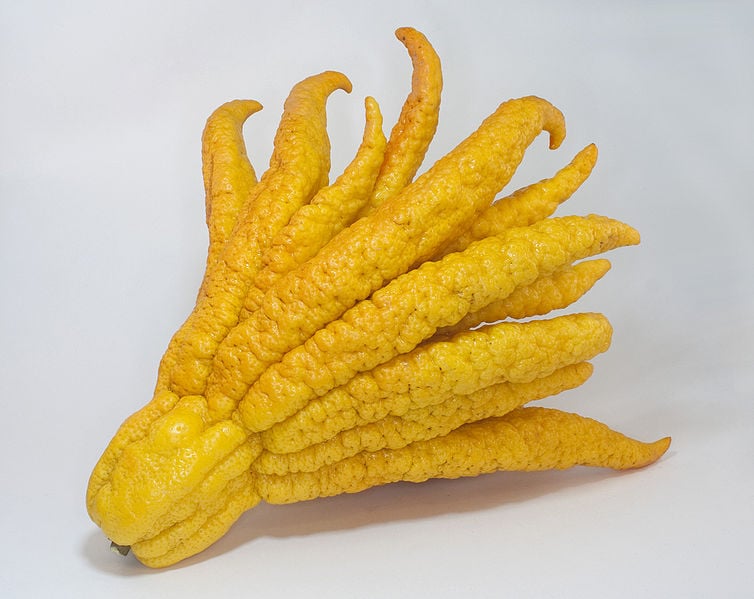 This strange fruit looks like a tentacled orange, and although it can be eaten like so, by segmenting the “fingers,” (often through candying or zesting the peel) it is more prized for its intense citrusy aroma. The buddha’s hand is also used as an ornamental plant. 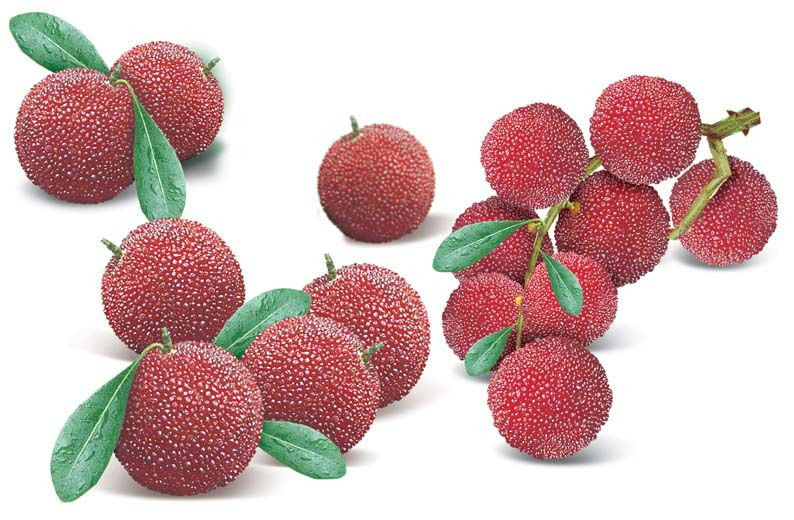 Commonly known as the Chinese bayberry, and the Chinese strawberry (among other names), the spiky red fruit has the tart-sweet duality of most berries, with an edible skin and a pit in the center. There are two types, a sweeter variant for fresh consumption or juicing and a sour variant, to produce dried fruit. Yangmei can also be canned, jammed and fermented into an alcoholic drink. 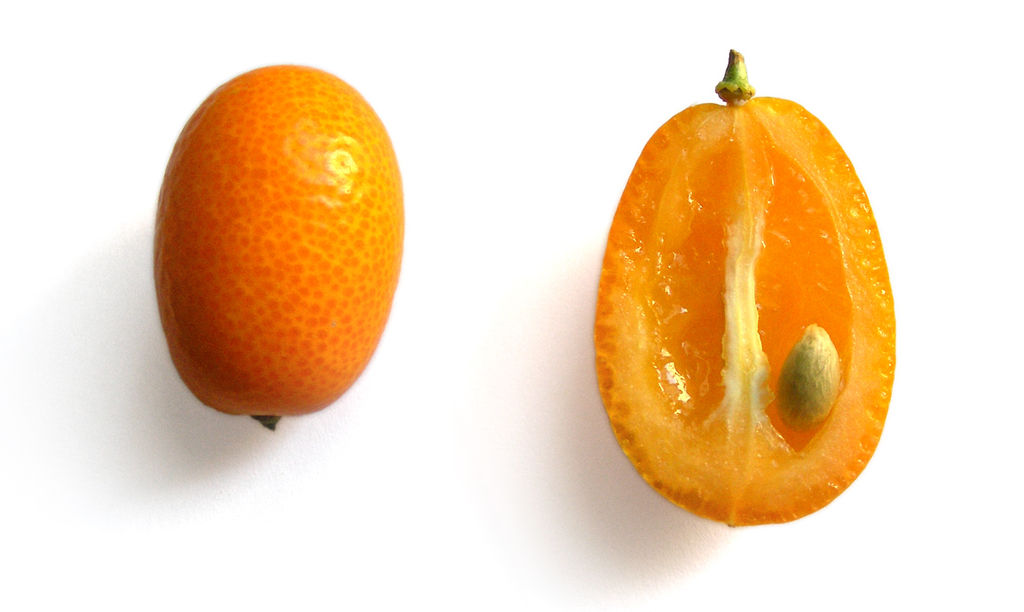 The kumquat, the smallest citrus fruit in the world, looks like a grape-sized orange and has an edible peel. It is eaten fresh but can also be pickled and candied or made into jam. Kumquats are most often eaten during festival days like Chinese New Year and are mostly sweet and a touch sour, with an overarching and expected orange-like taste.

This poster child for exotic Asian fruits actually originates from Central America, however after its introduction to Asia, it became popular in China. The fruit has a soft, leathery red peel and red and green scale-like protrusions that spread outward. The flesh is a surprising white-gray color dotted with small black seeds. It is often eaten raw or juiced, and is a commonly used flavor for desserts. Dragonfruit is sweet though not particularly flavorful and has been said to have a mild melon-like taste. 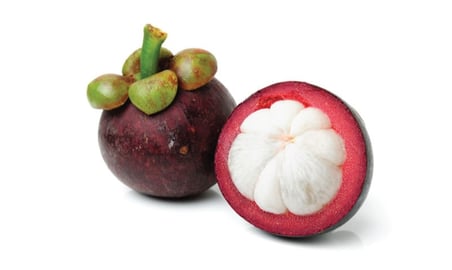 Originating from Indonesia, the mangosteen gradually made its way into local Chinese fruit markets and in the hearts of Chinese people. Mangosteen has very sweet (almost too sweet) and soft flesh. Cracking the mangosteen is easy, as the shell is a soft cross between leathery and woody. 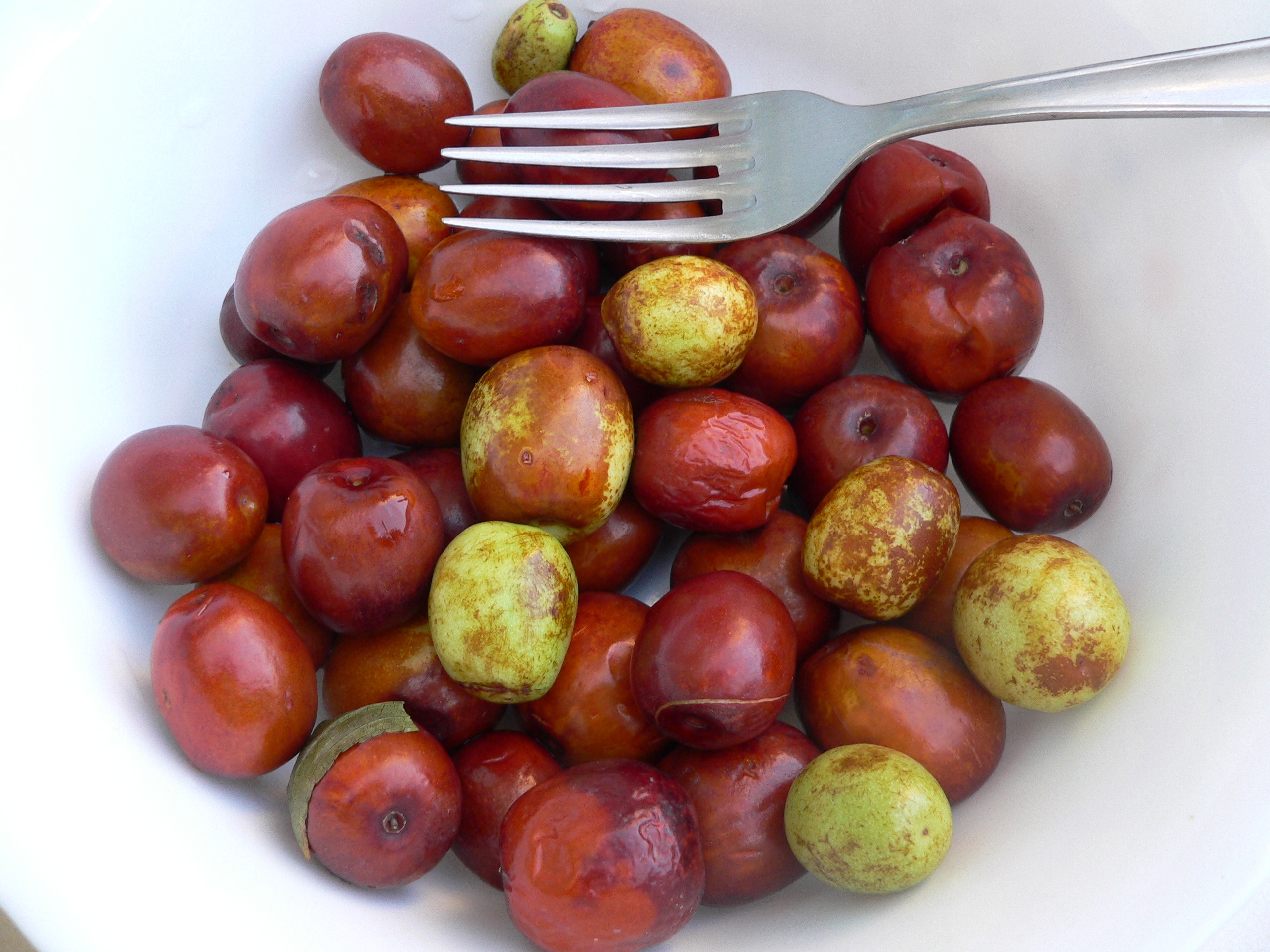 The jujube is a popular Chinese fruit that is often dried and used as a snack or in Chinese cuisine. It is also used widely in Chinese traditional medicine for its believed host of beneficial properties as an anti-inflammatory and anti-stress agent. When dried, it becomes a deep, brownish red and its sweetness intensifies. Fresh jujube is also popular, and is green and dark brown in color. It is sweet and has a texture similar to an apple. 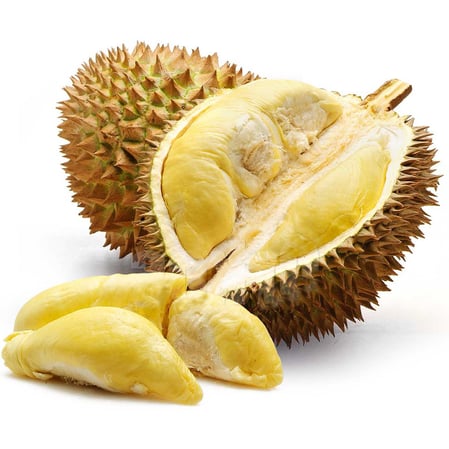 Some people call durian the "Kanye West of Fruits" - you either love it, or hate it. Sure enough, the pungent aroma of the durian makes it one of the most controversial fruits in the world. Described as smelling like "gym socks, rotting meat, and pig feces", it's been banned in Singapore subways. Yet many Chinese people can't get enough of it's rich flesh. Some describe it as tasting mildly sweet, almond-like, and almost like a rich cheesecake. It's so popular that in China, there are candies made in durian flavor. However, don't eat too much, or else you might have an influx of internal heat and be "on fire", according to Chinese medicine.

Related: Chinese Medicine: Are You "On Fire" or "Taking Cold?" 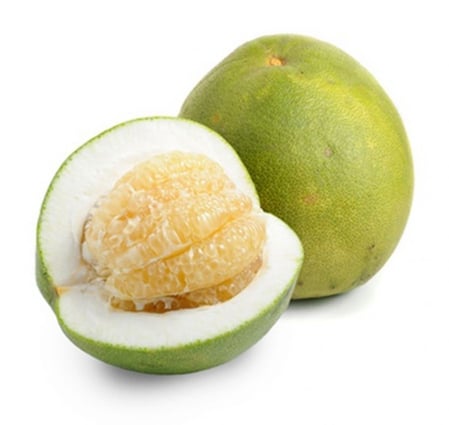 A pomelo is a type of Asian grapefruit that can be the size of a basketball. The taste is sweeter than a grapefruit, and it is often eaten raw in China as an after-dinner snack. In China, it is seen as a symbol of good luck, and is often placed in the house as decoration especially during holidays such as Chinese New Year. 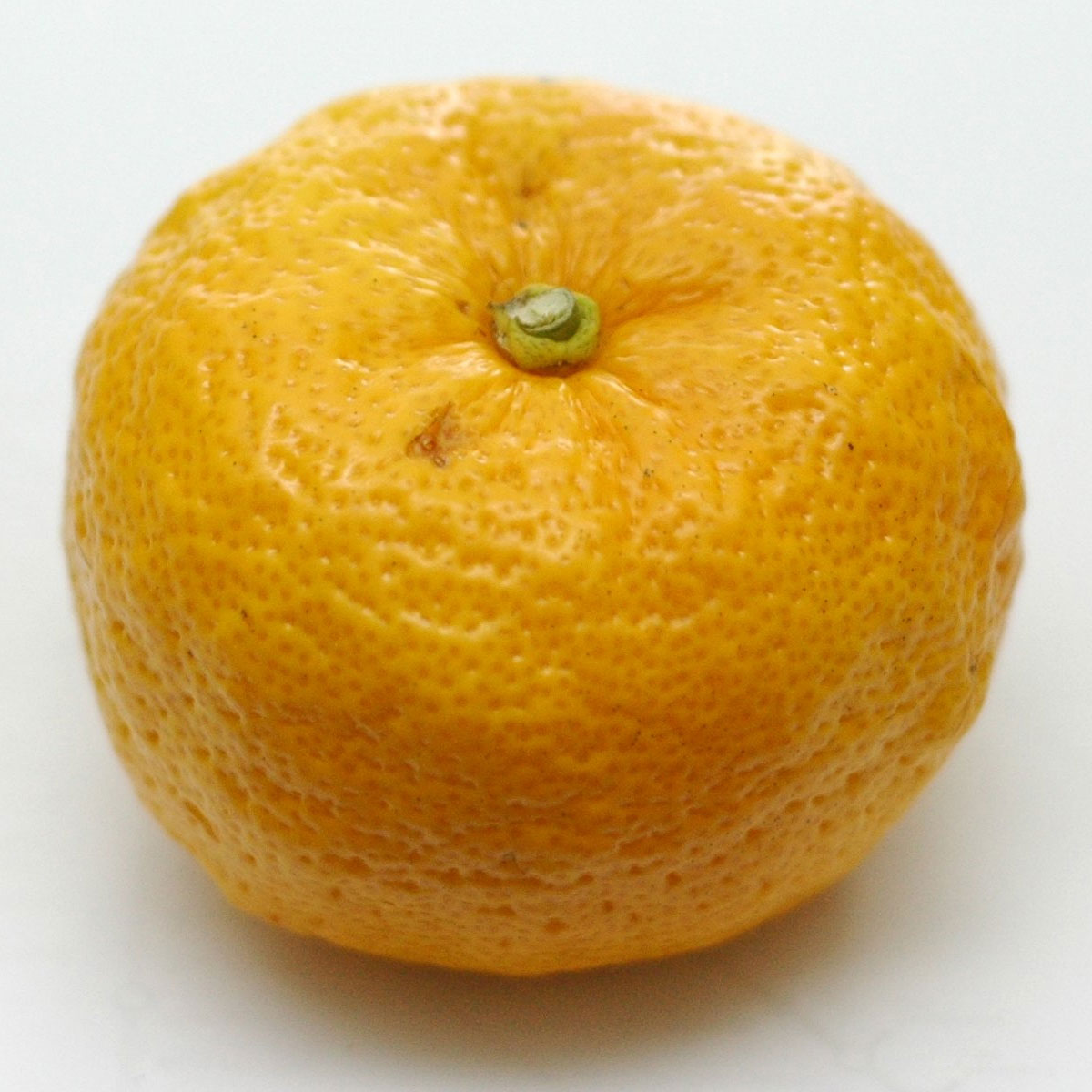 This citrus fruit looks like an imperfect, wrinkled orange. It originated in China but has attained a greater status in Japan and Korea, where it is used more widely in cooking. In Chinese, it is known as "Japanese grapefruit." It has also grown increasingly widespread in American and European cuisine. The yuzu tastes like an orange but is more tart, with a peel that has an intense scent, and like with the Buddha's hand, is often used as a perfume. 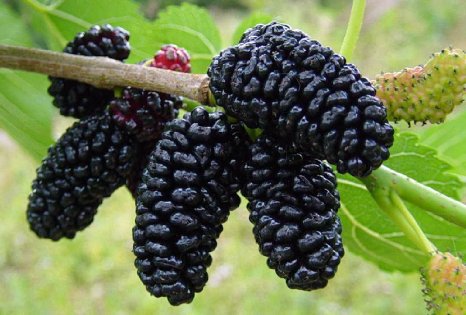 The mulberry resembles an elongated blackberry, and tastes very similar. Mulberries are often used in place of blackberries or blueberries in local Chinese products, such as yogurt. Why are mulberries popular? The mulberry leaf is the only thing silkworms will eat, and China is one of the largest silk producers in the world. 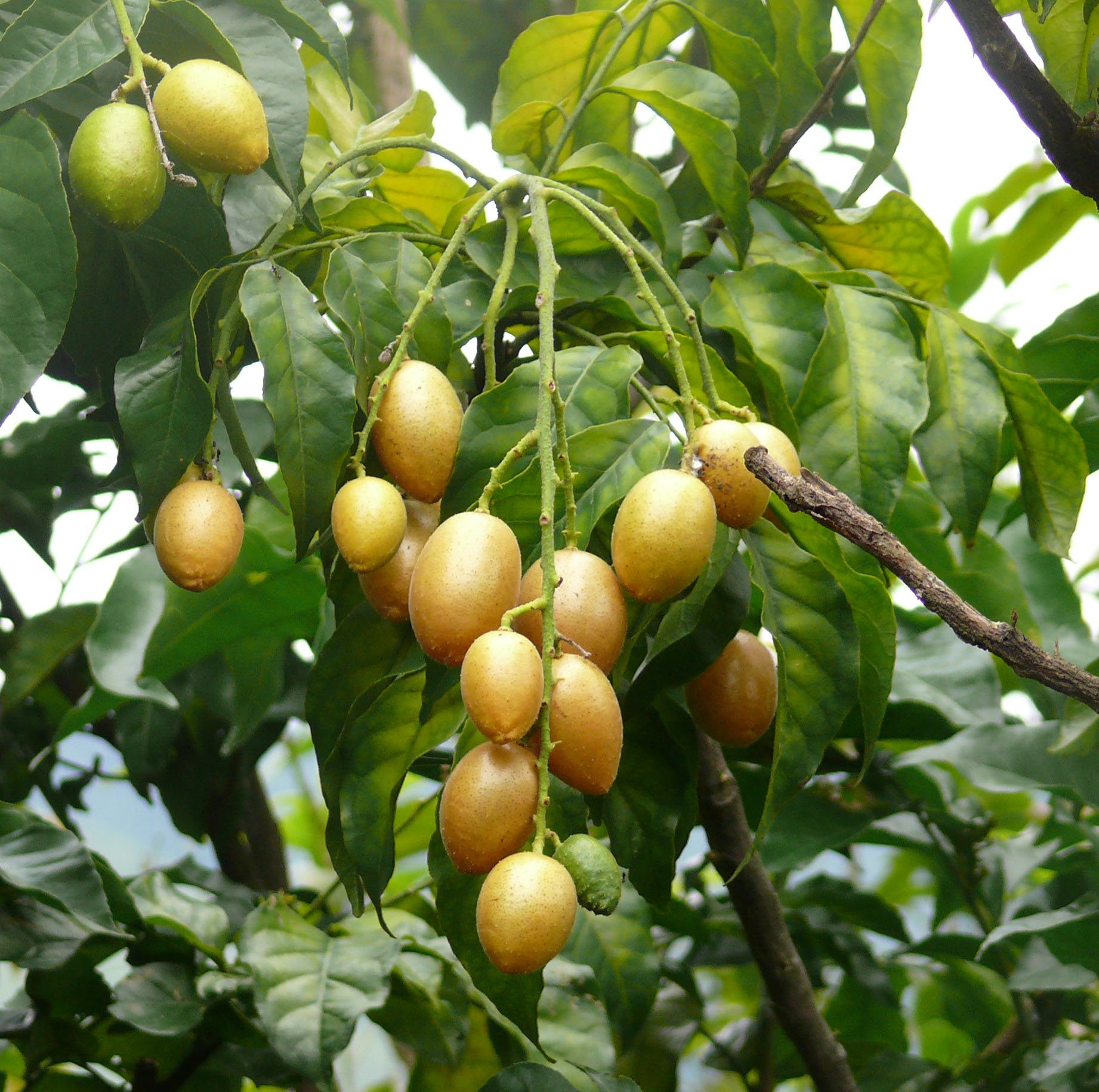 The Chinese name of these fuzzy golden fruits is directly translated “yellow skin.” Its skin is edible but slightly bitter and it has a juicy interior flesh that surrounds two to three large green seeds. This fruit is also widely used in Chinese traditional medicine for curing ailments from bronchitis to dandruff! 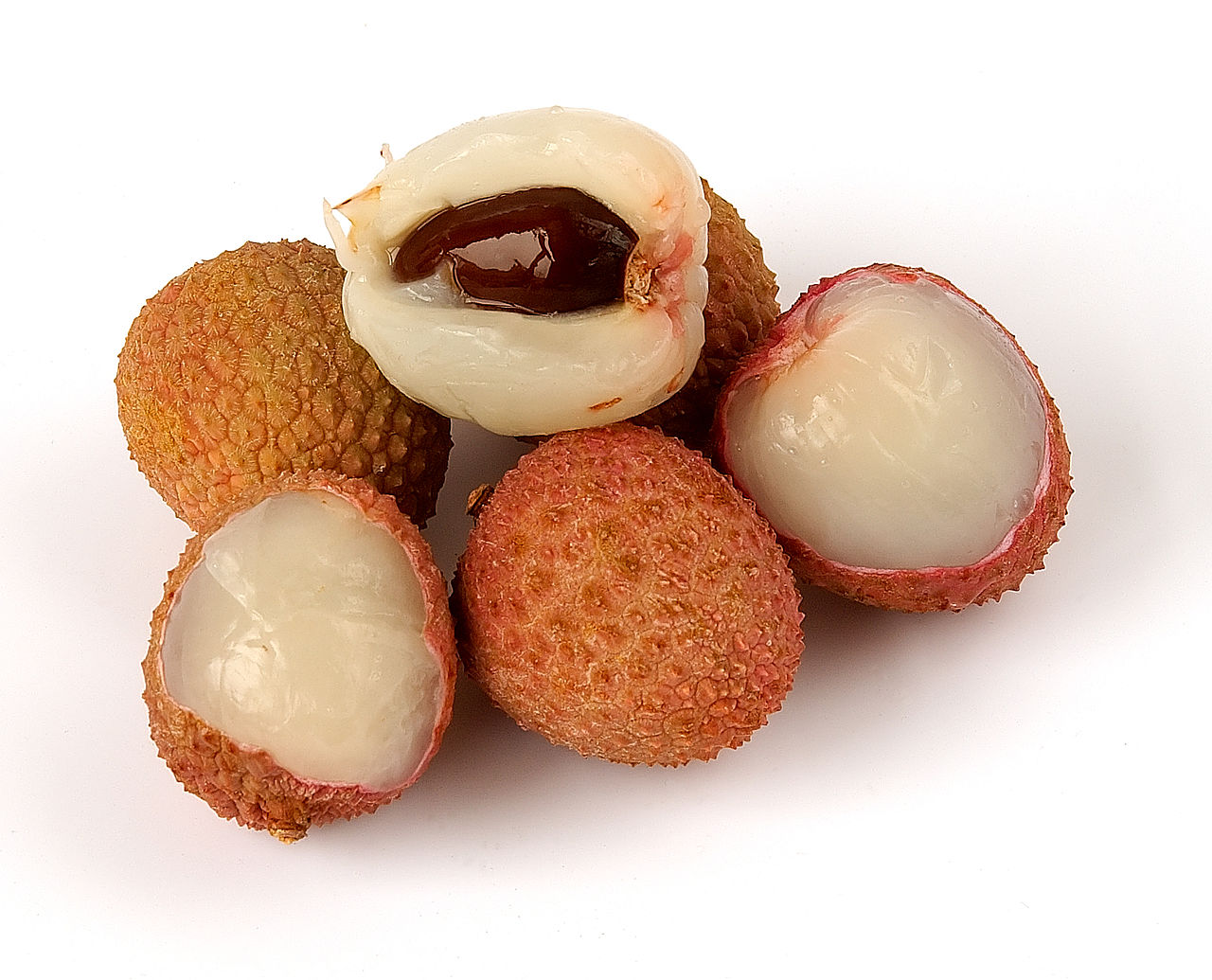 By I, Luc Viatour

Lychee: The lychee is also a spiky red fruit, a bit bigger than a cherry, with a pit surrounded by an inedible peel and somewhat translucent milky flesh. It is very high in Vitamin C and is juicy and sweet with a pleasing hint of tartness. It’s mostly eaten fresh but can also be canned. It can be found in many frozen yogurt places in the U.S. as a popular topping. It is also a popular flavor for many Asian drinks, snacks, and dessert products. 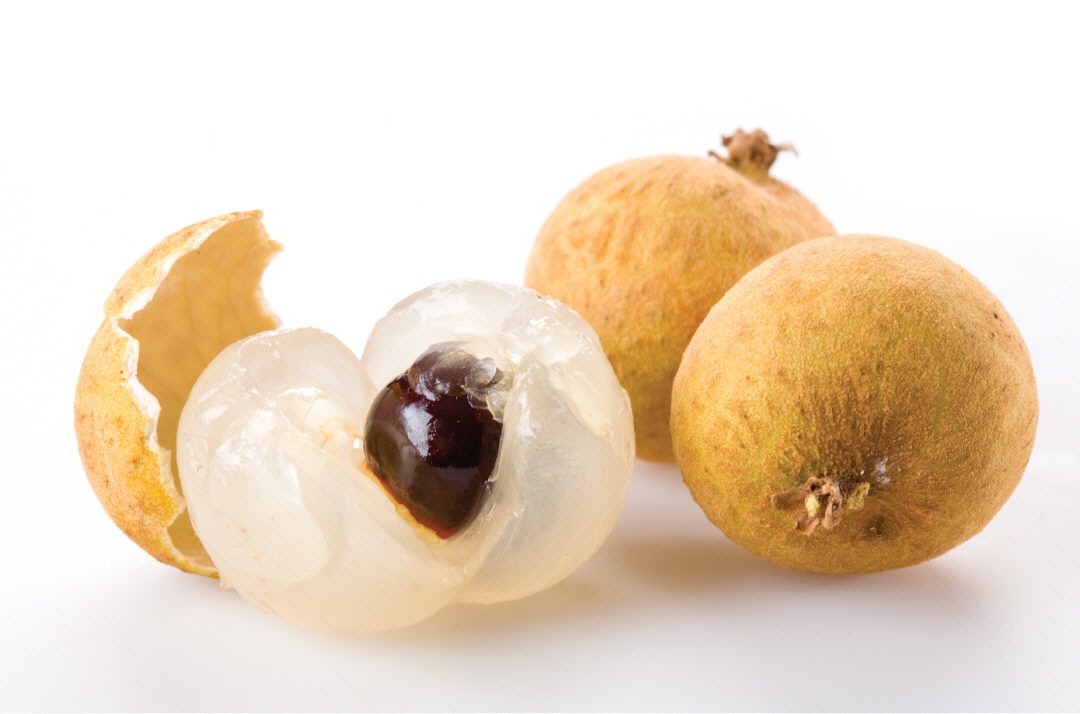 The longan fruit has a Chinese name that is literally translated “Dragon Eye,” for the meat’s translucence, which is enough so that the pit can be seen as a dark shadow within (resembling the supposed iris). It is related to the lychee and is similar in makeup, although the longan has a smoother brown peel and is less juicy and more sweet. It can be eaten fresh but is often dried (when dried it turns dark brown) as a snack or as an addition to Chinese dishes. 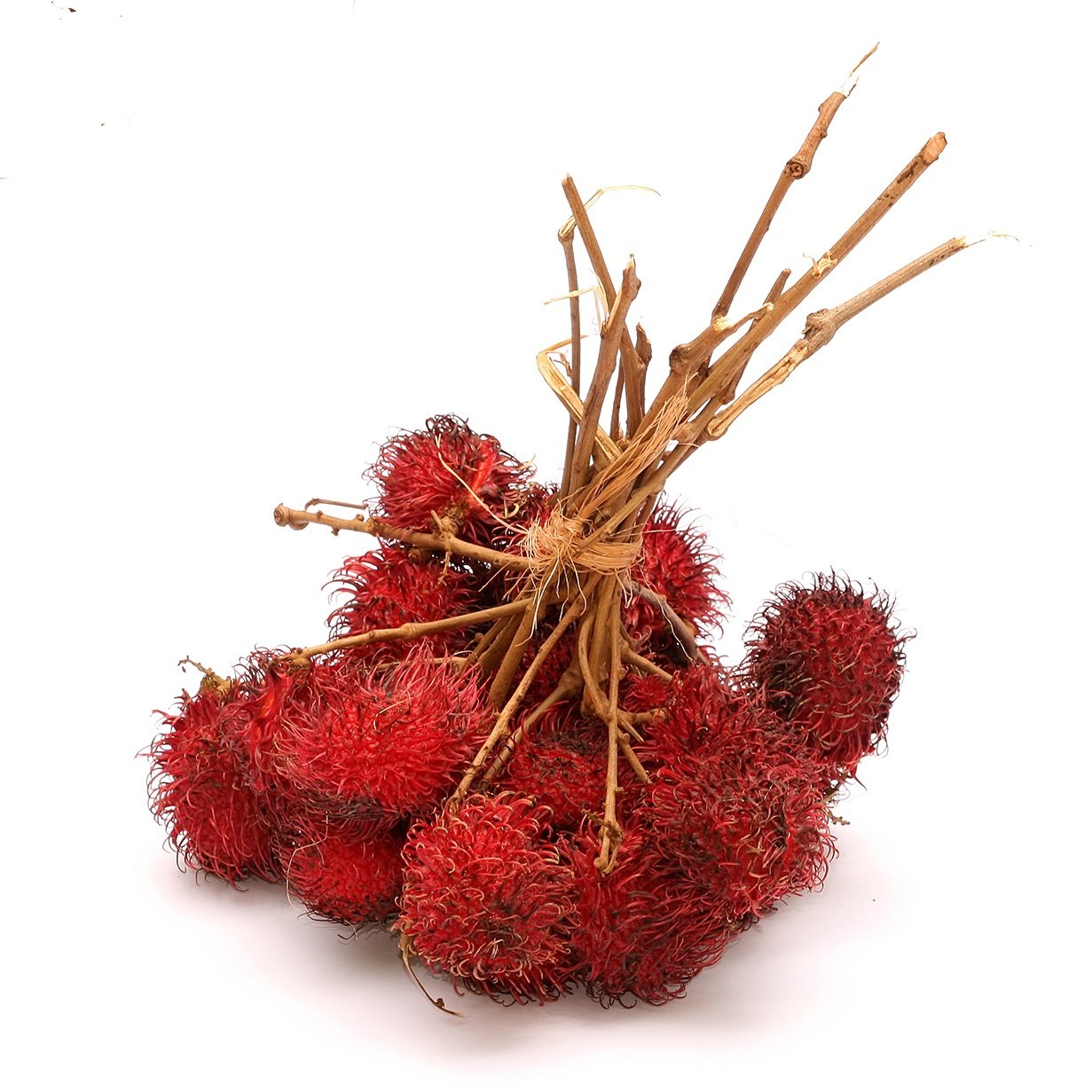 Rambutan: This is another relative of lychee (and by extension, the longan) and has a furred appearance. The red skin peels away to a lychee-like interior, that tastes grape-like and can be eaten cooked or fresh. The seed is actually edible, though it must be cooked first. It has a variety of nutrients, including many from the Vitamin C and Vitamin B family.

Have you tried any of these fruits? What was your experience like? Let us know in the comments! 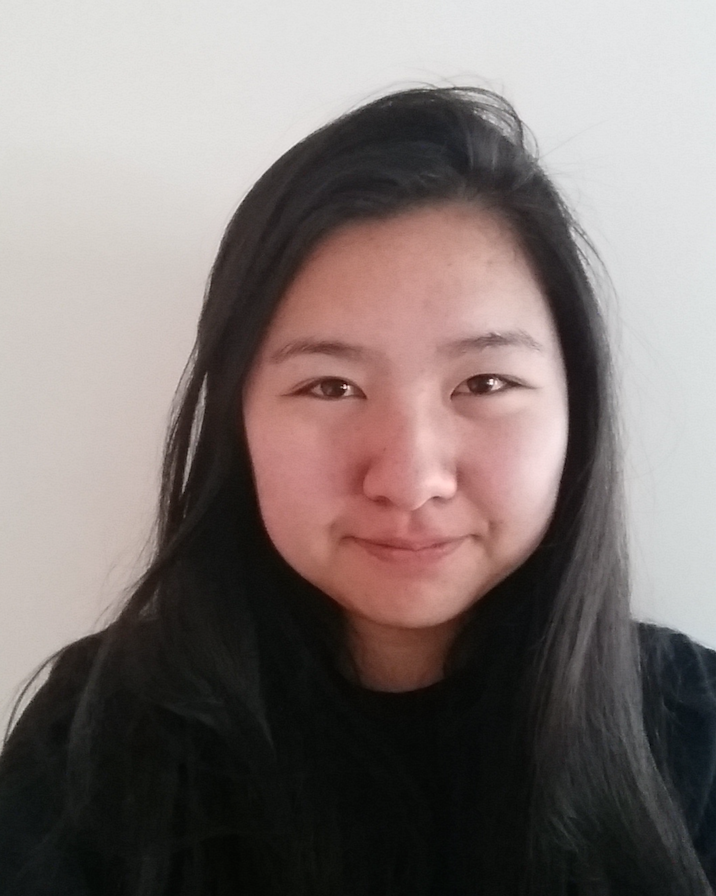