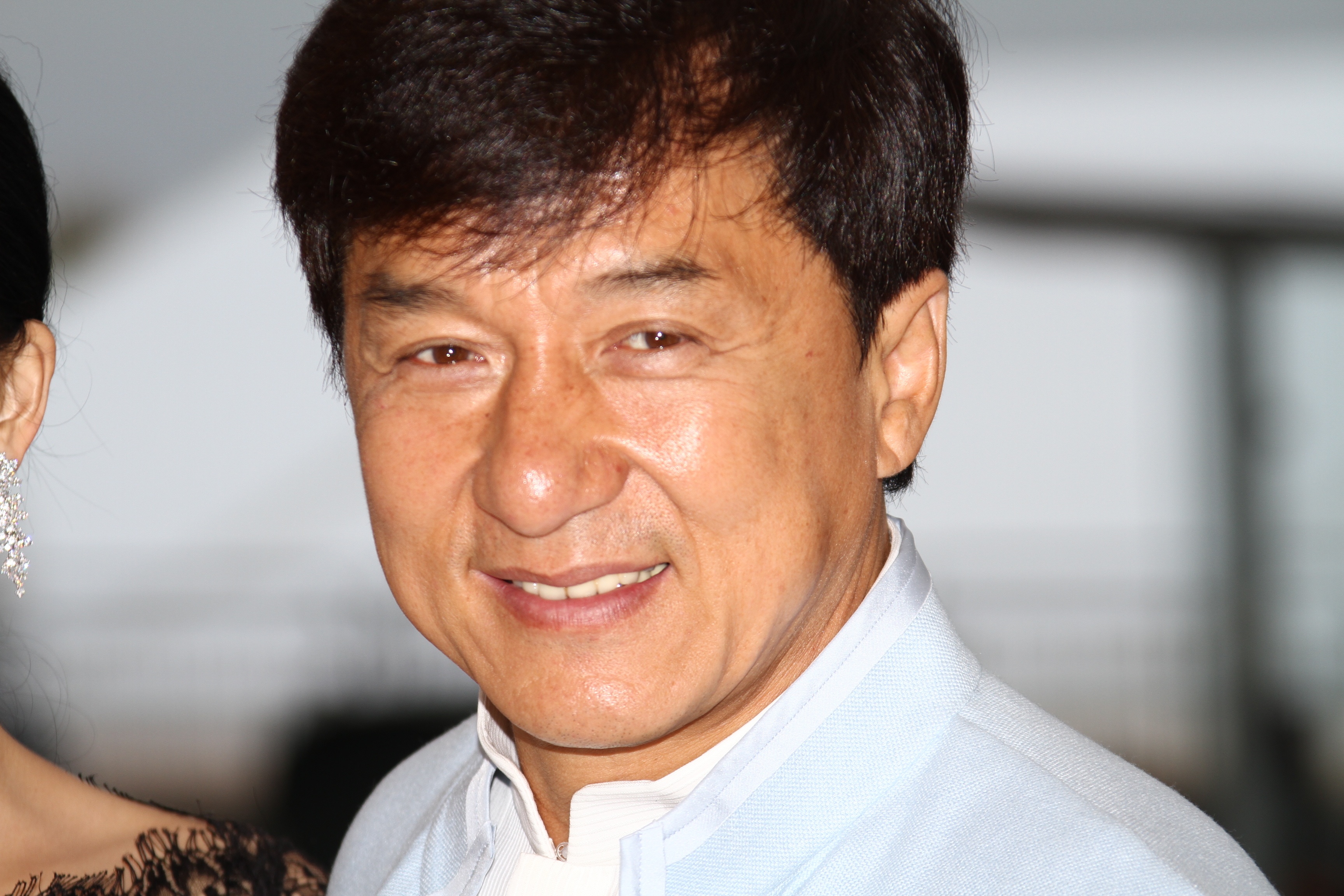 In 1956, the Academy of Motion Picture Arts and Sciences created a new award category with the aim of bringing greater recognition to and promoting appreciation of films made in languages other than English. However, in the 50 years since, no Chinese director has joined the ranks of Italy’s Federico Fellini, Sweden’s Ingmar Bergman, France’s Francois François Truffaut, Japan’s Akira Kurosawa or Spain’s Pedro Almodóvar. In fact, only 2 completely Chinese productions have ever been nominated for Best Foreign Language Film: Ju Dou (菊豆) in 1990, and Hero (英雄) in 2002. (While Crouching Tiger, Hidden Dragon is a Mandarin film, and took home the Oscar statuette in 2000, it was an international co-production, and the award was officially given to Taiwan, not the People’s Republic.)

Rob Cain, in writing for Forbes magazine just prior to the 88th Academy Awards in 2016, has argued that China’s failure to capture a Best Foreign Language Film award is due to the fact that China has “consistently submitted the wrong films to the Academy for Oscar consideration.” This despite the fact, as Cain also observes, that the nation does “turn out universally resonant, Oscar-worthy films… From the 1990s until the mid 2000's China had an extraordinary run with such masterpieces as The King of Masks, The Story of Qiu Ju, To Live and other important films.” China’s absence from the annual Academy Awards becomes even more notable when one considers that China is soon to surpass the United States the largest movie market in the world.

Change may not be long in coming, however. And driving that change may be a figure who has long served as an ambassador for Chinese film to the West, Jackie Chan. On November 12, 2016, Chan was honored by the Academy with a Governors Award. Only individuals who can claim a lifetime’s worth of unique cinematic achievement are eligible for this rare distinction. Fellow Governors Award winners include such esteemed artists as Jean-Luc Godard, Francs Ford Coppola, James Earl Jones, Harry Belafonte, and Spike Lee. But, if the Academy’s goal was to begin the process of correction its oversight regarding China’s contributions to world cinema, why not start with Fifth Generation director Zhang Yimou or audacious documentarian Wang Bing? Why select an unabashedly entertaining filmmaker like Jackie Chan?

Jackie Chan has been involved with move-making for over 50 years. That’s an amazing statistic on its own, but even more incredible given that Chan just turned 62 in April of 2016. (He made his first appearance on-screen in 1962, and alongside Sammo Hung, who would become a frequent partner in future ventures.) In the 1970s, Chan worked his way up through the stuntman ranks via appearances in countless Hong Kong action films (including a few starring Bruce Lee). He finally achieved stardom in 1978 with, the box office success of which almost single-handedly legitimized zui quan (醉拳), or drunken boxing, as a kung fu fighting style.

By and large, most Western audiences, especially American, know Jackie Chan as a performer. His on-screen persona is that of the affable underdog. Jackie’s never the biggest or strongest brawler, but he’s clever—and sometimes too clever for his own good. He’s a deft improviser, too. In a fight, he will use anything and everything that could possibly provide him an advantage, whether that be something as innocuous as an easy chair or as unexpected  as Tien-Tsin chili peppers. For all his daring, Jackie is not afraid to be funny, and to laugh at himself. By deftly combining elements of comedy with martial arts techniques, Jackie Chan arguably created an entirely new film genre.

Tom Hanks, who presented Chan with his Governors Award, said as much as well, praising Jackie for his Buster Keaton and Charlie Chaplin-like ability to make slapstick into something more than a set of routines. As Hanks said, “Great acting comes in many different forms. But, if you are an actor, you always know it when you see it.” And, if great acting means taking risks, then Chan is truly a great actor. Real danger is always on the table in a Jackie Chan film. He’s notorious for having incurred severe injuries from doing his own stunts, and, in his Governors Award acceptance speech, even referenced all the “broken bones” he has suffered in pursuit of his craft.

Impressive as his dangling from helicopters and freerunning down the side of a skyscraper may be, these scenes thrill not simply because Jackie Chan eschews CGI special effects and prefers to put himself in harm’s way. These scenes are also a product of Chan’s individual directorial vision. Like Keaton and Chaplin, Chan is as influential for his work behind the camera. Over the years, and over 200 film productions, Jackie has honed his style so that it expertly balances comedic timing and visual coherency. As a director, Jackie Chan neither glamorizes nor obscures the violence in his fights. Instead, he respects the keenness of his audience’s perceptions and aims to make the violence as authentic as possible. Further, because the members of his stunt team are expert combatants, he does not have to rely on the standard action movie feints and trick shots employed by a great many Hollywood filmmakers. Finally, he is also a master choreographer, actually creating all the moves in those dizzyingly action complex sequences that may require hundreds of takes to perfect.

In other words, although he makes so-called “popcorn movies,” Jackie Chan is a true auteur. And he is precisely the kind of auteur that the Academy of Motion Picture Arts and Sciences needs at this moment in its and the film industry’s history. With each passing year and round of Oscar nominations, the Academy faces evermore intense scrutiny over—and criticism for—its commitment to diversity, as exemplified by 2016’s #OscarsSoWhite controversy. And Hollywood continues to grapple with the evolving international marketplace for its blockbusters. As research has demonstrated, audiences discriminate in favor of diverse casts, meaning audiences are more willing to pay ticket prices to see movies that positively reflect their own social and cultural experiences, and their values. And ticket sales also reveal that minorities are less and less a minority when it comes to market share. A 2014 study showed that 46% of all American box office receipts were due to purchasing decisions made by non-white moviegoers.

As one the biggest Asian celebrities in the world today, and as a figure whose fame rests primarily on his ability to translate elements of Chinese culture for non-Chinese audiences, Jackie Chan is a pioneer in leading the charge for greater diversity in the entertainment industry. Just to take a small, but not insignificant, example: instead of wearing a tuxedo to the Governors Award ceremonies, Chan instead took the stage in a smartly-tailored black changshan. Perhaps more importantly, in addition to opening the door to the Academy Awards for other members of China’s burgeoning film industry, Jackie Chan’s triumph has the potential to raise the profile of other cinematic artists whose work has been historically undervalued by tastemakers and gate-keepers because, paradoxically, it is so popular. (They next time you’re laughing uproariously at the bloopers rolling over a film’s closing credits, remember to thank Jackie Chan for being instrumental in making it worthwhile to stick around to the very end of the movie.) As Jackie acknowledged in his closing remarks this past November, his award is as much a tribute to his fans as it is to him. Those fans number in the millions, and they constitute a truly global, multilingual community.