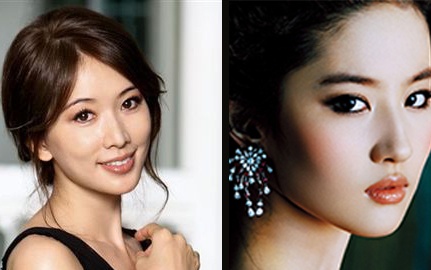 Take a walk down cosmetic aisles in China, and you may be surprised at what you see. Rows upon rows of “skin whitening serums.” Pictures of young models with big doe-eyed looks and dainty features are splashed across every product. And unlike beauty products in the U.S, cosmetics in China do not have to cater to an extremely wide range of diverse races and skin tones. The fact that beauty ideals in China are vastly uniformed has contributed to the limited range of products that essentially do the same thing.

Let’s take a look at these standards of beauty. 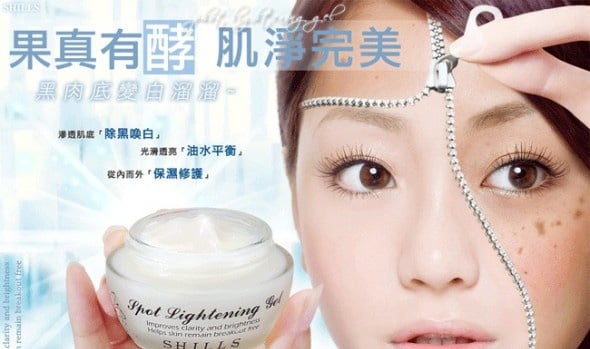 The same way many sunblocks contain self-tanning agents, in China many contain whiteners and skin brightening chemicals. Parasols are ubiquitous in China, and some people go as far as to wear special sun-blocking “masks” when they go to the beach. In fact, pale skin has become such a giant trait of beauty that the phrase “白富美 (bái fù měi) or “white, rich beautiful” is jokingly used to describe the ideal Chinese woman. For the past three or four years, it has remained one of the most frequently used cyber-words in China.

Where did this “whitening” beauty trend come from?

Back in ancient times, dark skin was associated with poverty. Those who had darker skin often did so because they were working in the fields or rice plantations all day. In contrast, the upper class stayed indoors and in the shade. How pale your skin was represented how rich you were. In those times, money was the main source of attraction as it came with the promise of a better life.

In fact, Western standards of beauty once valued pale skin as well. The term “blue blood,” that is used to describe royalty was coined because royals spent so little time in the sun that their blue-hued veins were visible underneath their skin.

Similarly, tanned skin is valued in modern western culture because it suggests that you have more leisure time or vacation time and thus, more wealth.

Products and procedures that contribute to the “whitening of the skin” is often referred to as “美白 (měi bái)” It literally means “beautiful white.” 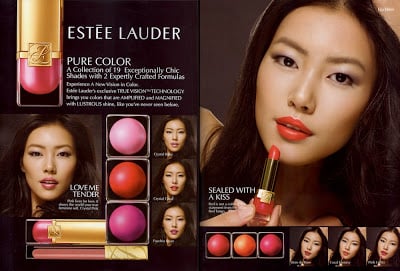 Way before the Kylie Jenner lip obsession took over the Internet, the Chinese were already placing a higher value on fuller lips. Most Chinese women are born with decently sized lips (in relation to their smaller face size), which contributes to them looking young as they age.

Have you heard of Chinese “face-reading?” It’s quite similar to palm reading, but instead is a way of telling someone’s fortune through their facial features. Fuller lips are thought to bring in good luck and be attributed to a fun-loving, warm, and expressive personality. On the other hand, those with thin lips were thought to be colder, more determined, and more calculating – qualities that are not usually considered attractive in women. 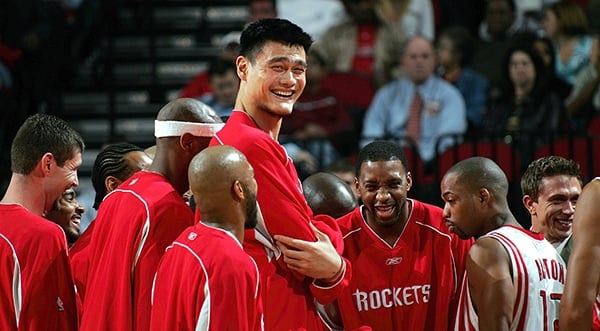 Just like the “ideal” woman is “白富美,” the ideal male is “高富帅(gāo fù shuài.)” This means “Tall, rich, and handsome” – not too far off from the Western ideal of “tall, dark and handsome.”

Not much can be found on the origin of why height is a beauty ideal for Chinese men, but many sources suggest that taller men were thought to be stronger, and more capable of protecting and taking care of their families, which is why women found that more attractive.

This is also a fairly universal standard of attractiveness. 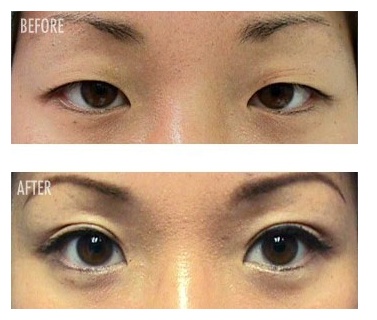 Many women in China seek to have a “double eyelid”, called 双眼皮 (shuāng yǎn pí.) Hooded eyes with no crease, called monolids, are sometimes thought to be unattractive as they make the eyes seem smaller. Around 50% of the Chinese population is born with monolids, and of these people, many choose to get blepharoplasty (eyelid surgery) to correct this.

In fact, cosmetic surgery has become so common in the country that China accounts for 12.7 percent of all plastic surgeries in the world.

Contrary to popular belief, Asian women do not go under the knife to make their eyes more “Western.” The large-eyes beauty ideal started centuries before Western civilization. In Chinese culture, large eyes are thought to be more womanly, innocent, and doll-like, and align with some of the expected qualities of women in past times – submissive, obedient, and feminine. It’s a pity when you consider how the etymology of some Chinese characters was inspired by women.

Going back to today’s time, much of Chinese pop culture has heavy influences from Korea and Japan. Thus, as the dolly, cartoonish “anime-eye” look increased in popularity in those regions, it became popular in China as well.

The best way to put it is that Chinese people (and Asian women) do not undergo blepharoplasty to look more Western. They do so to be more beautiful Asians.

As we can see, beauty standards are constantly changing. Perhaps in a few more decades, small eyes will be favored and “eye reduction surgery” will be born. Who knows?

What do you think of these ideals of beauty?