How China is Pushing Innovation in Space 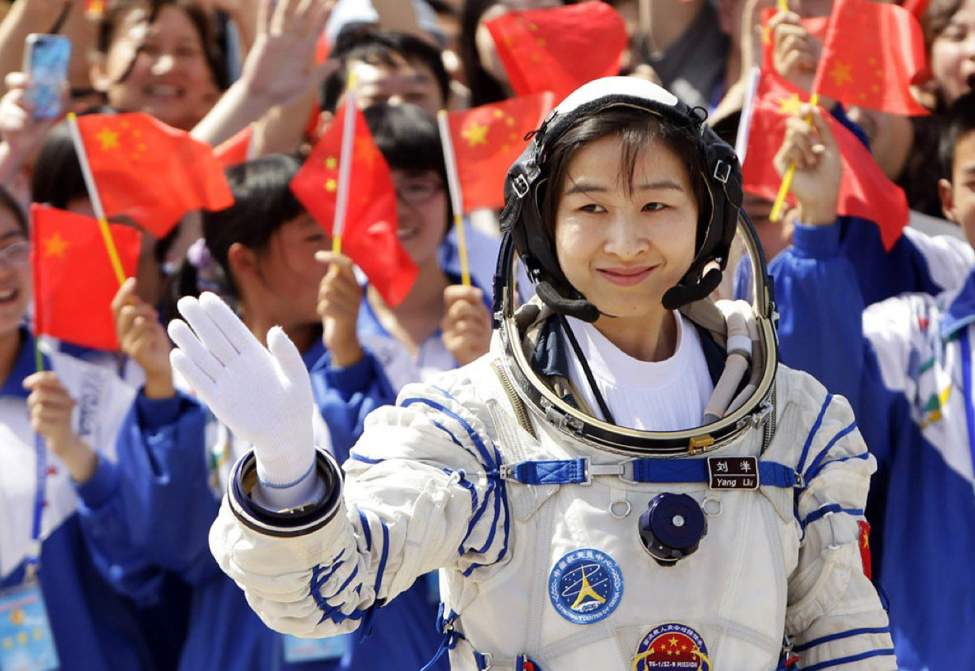 Photo via The Atlantic

Just earlier this week, China became the first country in the world to send a quantum satellite, a new type of encrypted communications technology, into orbit. This high-tech satellite is just the tip of the iceberg, according to plans announced by the Chinese space program – which is having its 60th anniversary this year. While it hasn’t quite caught up to NASA yet, the Chinese space program is making steady progress, putting it in a good position to compete at the forefront of the final frontier. Some of the most exciting projects it is undertaking include manned trips to the Moon, an orbital space station, Mars rover landings, and even orbital solar panel fields that would beam renewable energy back to earth. Pretty far out, if you ask me.

History of the Space Program

China was able to develop a space program primarily thanks to the contributions of a US government scientist who was deported from the US for wanting to visit his parents in Communist China in the 1950's. Qian Xuesong was at the time one of the US government’s top scientists, trusted with clearance from the Pentagon to research top secret rocket technology. Qian's deportation in 1955 presented an opportunity that Mao’s government did not let pass by. Qian became the chief scientist of China’s rocket program, and singlehandedly provided the guidance for the fledgling aerospace nation to develop rockets. Fifteen years later, China stunned the world by sending its first satellite into orbit. At the time, China was still very much an economically and technologically underdeveloped country.

During the post-Mao era, the space program continued to prosper under Deng Xiaoping, when the opening up of the free market came hand in hand with a government focus on science and technology. As some Chinese state planners observed, the US Internet infrastructure emerged out of military missile defense programs and space launches. China’s space program was to be an essential part of China’s economic development, as the expertise required to get Chinese vessels into space would also lend itself to the country’s tech companies and industrial engineering sectors. Not only did China's space program become part and parcel of the development of industrial strength, but it was also hoped that space achievement would inspire generations of children to study math and science.

China’s most significant recent activities in space have been its Moon rover missions. Named after the Moon goddess , who is celebrated during the Mid-Autumn Festival, or Moon Festival 中秋节 (Zhōng Qiū Jié). The latest rover, 3, has already discovered Ilmenite, a commercially important titanium ore, and greatly outlasted its expected lifetime of operation. In fact,  3 was so successful that China had to make whole new missions for  4.  4 will explore the far side of the Moon, where a giant crater lies that may hold keys to understanding the dynamics of the impacts that created the Earth-Moon system 4.5 billion years ago.

Closer to Earth, China is gradually progressing to the completion of a space station called Tiangong (天宫Tiāngōng), named after the mythical Heavenly Palace, evoking imagery from ancient China. Expected to be completed in 2022-23, Tiangong will be operational just a year before US-led International Space Station (ISS) is slated to be decommissioned. In 2024, China may have the only space station in orbit, which would attract new partners for its space program in countries that want to have access to a .

A rough estimate for China’s manned Moon mission is ten to twenty years from now, but by that point, actually propping up Chinese flags on the Moon would really be just finishing touches on an already highly developed project. With the Shenzhou 7 (神舟 Shénzhōu), or “divine vessel,” spacecraft and the Long March 5 rocket, China is already fully capable of reaching the moon, but in keeping with its slow but steady approach to space exploration, has decided to play it safe and keep testing for now.

Next on the map would presumably be a docking space station that would eventually enable a manned trip to Mars. China has already announced a 2020 date for a Mars probe, which will collect data on the red planet's atmosphere and send it back to Earth, as well as probe for the presence of water. The Chinese space program has already released images of what its Mars rover will look like, but Mars is infamous for destroying spacecraft, so any manned missions to Mars are quite a distance in the future. That being said, China has a very good track record of not messing up on any of its space missions, with only one major accident having happened in the past twenty years. Given the space program’s current trajectory, it is not unfathomable that China will put taikonauts (Chinese astronauts are called taikonauts after the Chinese word for outer space, 太空 tàikōng) on Mars at some point in the 21st century.

Perhaps less expectedly comes China’s plan to launch space-based solar panel satellites which would beam solar power back to Earth. An article from the Ministry of Science and Technology suggests that the satellite would span one square kilometer, becoming by far the biggest man-made object in space – both physically and in terms of significance. Advocates of the program say the impact would be “the equivalent of an Apollo program for energy.” The proposed date of completion would be around 2050, so quite a distance in the future, but exciting enough to draw attention to China's space program.

While aerospace funding in the US has floundered since the Apollo mission days (reportedly falling from around 4.5% of government spending to a current low of 0.5%), China has not shied away from coughing up the dough in recent years, which I find admirable. Steven Hawking has said humanity need to colonize new planets to survive, and Elon Musk believes we have a greater chance at avoiding disaster if we are a multi-planet species. If these men are right, then the contributions of China's space program to mankind's efforts to explore space are crucial.

Will China become the first country to reach Mars? What do you think China's space program means for unraveling the mysteries of space? Let us know in the comments below.