Year of the Sheep? Goat? Ram?

According to some major news sources like CNN, there is some confusion this year as to what year it is. The year of the sheep? The goat? The ram? The Chinese population isn’t quite sure either. As you can see, decorations depicting various species are shown below. 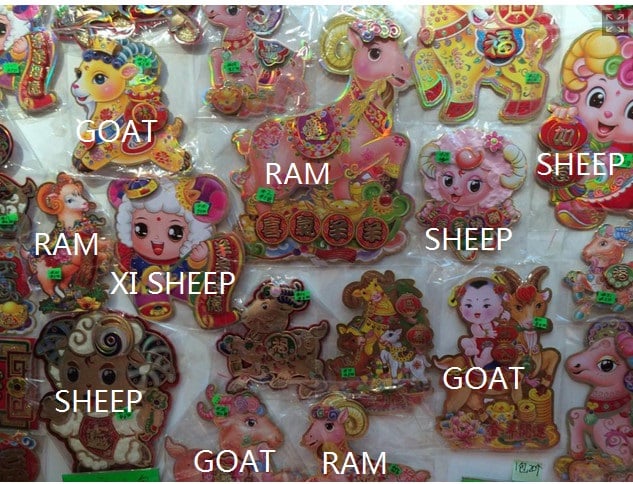 Professor Ho Che-wah, a leading Chinese Linguist, says that it's most likely the Year of the "Goat." If you examine the "羊" character closely, the two dots at the top were once horns for a goat's head. Check out an animation of the character history below!

The Chinese zodiac is based on a twelve year cycle, with each year represented by a different animal. Last year was the year of the horse. The next year will be the year of the Monkey.

For those of you born in the year of the sheep (1919, 1931, 1943, 1955, 1967, 1979, 1991, 2003) , this year is your 本命年 (běn mìng nián). The 本命年 is thought to bring challenges and bad luck for an entire year. However, there are things you can do to ward off bad luck. You can readjust your furniture to face the northeast. Wearing red is another popular way to keep bad luck away, such as red bracelets or red underwear. Jade pendants are also thought to help ward off bad luck. These also make excellent gifts for anyone going through their 本命年. 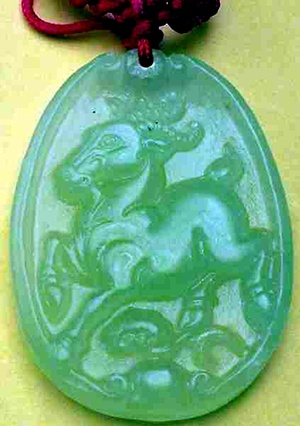 Though this may seem like trivial beliefs, zodiac signs are extremely important in Chinese culture.

Some companies even use zodiac years to predict economic growth and sales figures. As the Year of the Sheep rolls around, Doris Ingber, a feng shui and astrology consultant advises her corporate clients to be cautious. “This is not a year for risk,” she says. Other companies and corporations may adjust their marketing strategy based on the year. It is not that the companies themselves are actually superstitious, but rather that they cleverly use the zodiac horoscope as a predictor of mass consumer behavior.

The Sheep zodiac is considered one of the meeker, more docile creatures, which usually means slower growth and a calmer year in general.

What are your hopes for the New Year? Do you plan to follow the superstitions at all?