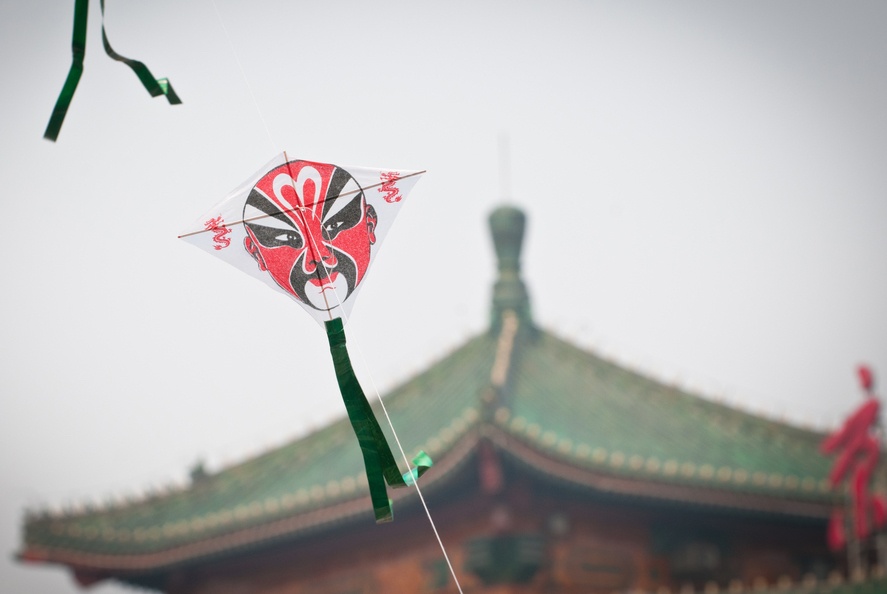 The English expression "to save face" comes from the Chinese word for face (面子 miànzi), which describes one's reputation or dignity in social contexts. Concepts of honor, prestige, and respect exist in every culture, but in China, they play an instrumental part of most social interactions, especially in the business world. Mianzi promotes trust and respect, which are crucial to gradually building guanxi (关系guānxì), or connections, the engine oil of the Chinese economy. Mianzi is often misunderstood as narcissism possibly because of the popularity of fancy cars, designer clothing, and all the other trappings of status-obsession seen in major Chinese cities. However, the Chinese concept of  actually has much less to do with individual perspective than with collective interests and opinion. Mianzi is, in fact, something that is given or lent to someone rather than self-presumptive, marking a significant difference with the Western view of social status.

is something that can be given (给面子gěimiànzi), lost (丢脸 diūliǎn), or fought for (爭面子 zhēng miànzi), and is measurable and quantifiable to anyone with the right cultural and contextual knowledge to assess it. Since humility is at the same time very important in the Confucian tradition, is often most meaningful when it is given, especially in the presence of important people like clients or government officials. For instance, as a favor, someone might extoll on friend's virtues, thank him for a job he did in the past, or present a gift as an act of giving to someone with whom he has a good relationship. The exchange of favors is very important for , which is why not being reciprocated for an enthusiastic greeting or having an offer of a gift turned down is very embarrassing (丢脸 diūliǎn), or costly to one's reputation. The fact that Chinese compete over the bill at restaurants in a struggle to win face (爭面子 zhēng miànzi) is a testament to how powerful this social currency is.

One's is sort of a like a credit system for one's trustworthiness and reliability without which it would be very difficult to function in society, somewhat akin to how it is hard to buy a house or a car without a good credit history in the United States. For hundreds of years, Chinese business operated on the honor code where a gentleman's reputation provided him with credit for making business deals. In the absence of a commercial legal system and government regulators, the unspoken rules of would also help resolve business deals by determining who was to have more power and influence due to his . The worst crime someone could commit in this code of chivalry was to not care about appearances (不要脸 bùyào liǎn) or about what society thought of him, making it an obligation at times for the well-off to demonstrate their wealth as an indication of their good will towards society. The celebration of one's status can thus be counter-intuitively thought of as an act of unselfish behavior, at least in some circumstances.

The importance of saving face in Chinese companies means that it is always a good idea to greet the boss in the morning, and not to refuse him if he offers something to you. It also means that conflict is routinely avoided, especially in public. Some Western professionals may feel the Chinese workplace lacks honesty because of the information which they may be getting from a co-worker, but this is usually due to a misunderstanding that occurs when a Chinese co-worker tells a white lie to save face for someone in the office. Between two Chinese people, the lie would be understood as a necessary avoidance of strain on the social harmony of the office, and there would be implicit knowledge all around that there was no intent to deceive.

Observing remains important in everyday work to avoid scaring people away from working with you. If you are seen as someone who is insensitive to the unspoken rules of conduct with respect to everyone's , then it will be hard to accomplish much in the way of teamwork. That being said, many young people, especially those that work in tech companies, have a much more relaxed interpretation of that might not involve ritual social behaviors like drinking baijiu.

It is always a good idea to find ways you can make the people you are working with feel that they have gained face when you interact with them. In general, making a point of praising others may be more important than avoiding putting blame on anyone. Communication is much more indirect in China, and it is normal to cite external causes for a problem which might be related to someone in the office. Try to be consistently positive, and exaggerate a little, since "great" actually means means good, "good" means okay, and "okay" could mean not so good.

Part of the difficulty foreigners with understanding is that Chinese business culture revolves around non-verbal communication, making it crucial to be able to interpret a counterpart's position through his or her feelings and actions. Oftentimes "no" might be the answer to one's question, but since "no" is an embarrassing thing to say for both parties, the actual answer can sometimes only be read between the lines. As one Chinese business leader interviewed in BBC documentary on guanxi explains, is sometimes about people "saying something nice things to each other... but at the end of the day, it's actions." The act of giving  builds an implicitly understood and personally intimate consensus founded on hundreds of years of tradition that existed before there were corporate lawyers and deal negotiators.