The New Industrial Revolution In China Is Here 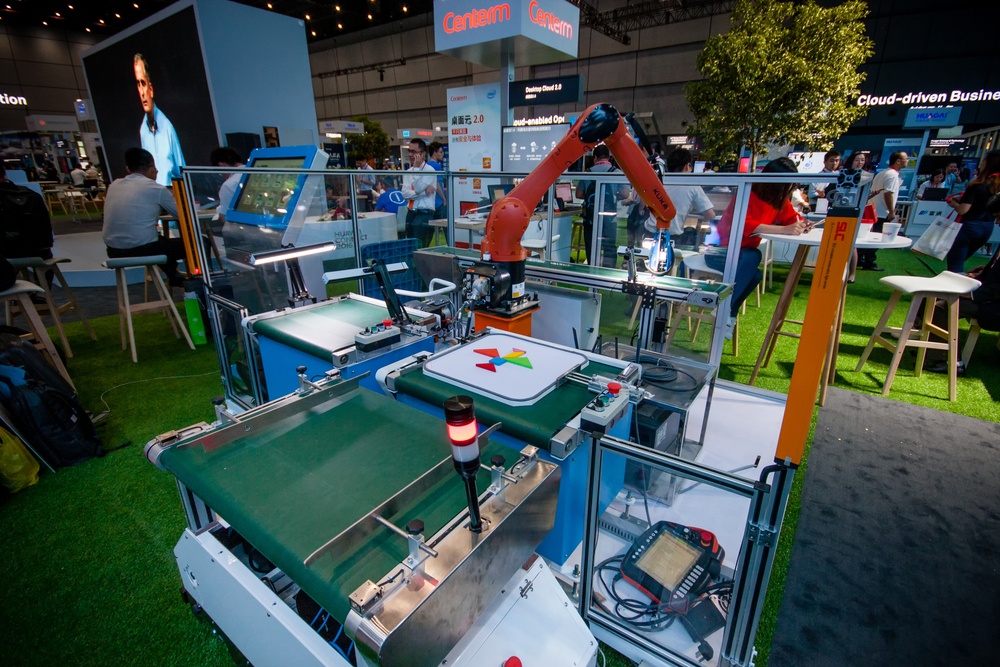 In 2016, a wave of anger swept across the globe as millions of jobs in manufacturing disappeared. While globalization was often blamed, even in China, the country that has perhaps benefitted the most from global trade in recent years, the same trend faces its working class with up to 77 percent of jobs reported to be at risk to automation. The Chinese government is supporting this shift toward automation as the solution to the country's loss of competitive advantage in cheap labor, which has been diminished by a growing middle class and aging population. In Guangdong province, a manufacturing hub, municipal governments have approved a 150-billion-dollar plan to realize Xi Jinping's proposed "robot revolution" in manufacturing. As China transitions from a manufacturing to a service economy with the help of industrial robotics, questions remain as to how the government will manage to reskill the millions of people who currently rely on manufacturing jobs and supply them with middle-class incomes.

China's transformation into a high-tech manufacturing economy is a big moment in the history of robotics because of the scale of robot installations in China, which have now surpassed anywhere else in the world. However, China still lags behind Germany, Japan, and South Korean in its ratio of robots to industrial laborers (30 per 10,000 as opposed to about 300 per 10,000 in Germany), meaning that there is still a lot of room to profit from future automation. In fact, the success of China's "robot revolution" is widely believed to be crucial to the continued growth of the global economy in the coming years.

The industrial plan announced by the government, known as "Made in China 2025" proposes not only to replace the shrinking labor but also to promote the image of Chinese brands internationally by increasing the quality of their products. Robots more efficient, accurate, and reliable than humans workers. Every year, the amount of time it takes for a company to make back the money it spends on a robot gets shorter, and with the favorable environment the government has created for businesses to invest in robots, automation is becoming more common, even for even small companies. According to Financial Times, the "payback period" for a welding robot used by Chinese automotive manufacturers has fallen from 5.3 years in 2010 to a forecasted 1.3 years in 2017.

Li Gan, manager of a furniture factory who was quoted in the Financial Times article, says that one of the most important challenges facing factory managers is the decision as to which parts of the production process are best suited to machines, and which parts are best suited to humans. In his factory, workers are responsible for picking up pieces of wood and correctly aligning them under robotic arms.  The robotic arms have been previously encoded to read barcodes printed onto the pieces of wood, which prompt the machine with the correct drilling specifications for each block of wood. As Li Gan points out, it is not yet economically feasible for manufacturers to purchase AI robots who are intelligent enough to handle the entire production process themselves. The strategic decision that factory owners must make is where to best intersperse human workers between robots on the production line so as to reduce costs.

Li Gan believes that in the future, "the greater opportunity is to integrate robots on the factory floor with real-time data from customers and automated logistics systems." China is already leading the o2o (Offline to Online) revolution with the widespread use of QR codes and mobile payments, which help consumers use digital information when making offline purchases in real stores. Real-time data from consumers provided by o2o interactions could eventually help manufacturers avoid excesses in production and respond more accurately to demand. However, a fully automated world is still quite distant in many ways, and there remain some products which are more cheaply assembled by humans due to the high cost of the sophisticated hardware and software required to automate their production.

Who Is Making the Robots?

According to the International Federation of Robotics (IFR), Chinese manufacturers, which by 2018 own one-third of robots installed worldwide, currently prefer foreign brands like the ABB, Kuka, or Kawasaki. However, IFR general secretary Gudrun Litzenberger is expecting government subsidies to help China's domestic robotics industry "develop very fast." Advances in the robotics industry may come in part because of acquisitions, such as Chinese appliance manufacturer Midea's purchase of German industrial robotics leader Kuka for $5.5 billion last year. But there are many up-and-coming domestic brands like E-Deodar, which has been able to make robots 20-30 percent cheaper than its international rivals. Technical director Zhang Honglei says E-Deodar's competitive advantage is that it "understands the needs of local customers." In order to suit the diverse need of manufacturers across China who produce literally everything from Christmas ornaments to iPhones, experts say that robotics manufacturers need to improve the flexibility of robots and their sensing capabilities. China is inviting an increasing number of robotics experts and entrepreneurs to work in China as part of the drive towards realizing its robotics revolution.

What Happens To The Workers?

While an automated world might produce everything that humans have a demand for in great quantity, the question still remains what will happen to the millions of people who will be displaced by sophisticated industrial machines. The massive investment in industrial robotics will help China transition from a manufacturing to a service economy, but China's working-class population still lacks the skills that would make it possible for them to succeed in a highly automated service economy. As Elon Musk has suggested, governments in the future may need to provide universal income, which China could be well-placed to do with its history as a command economy.

Some experts believe the answer to China's labor problem could lie in the robots themselves. The advanced flexibility, sensing, and intelligence capabilities required of sophisticated industrial robots will create demand for technically-adept factory workers, as well as engineers to design, construct, and maintain the robots. If China is to continue to make the Chinese dream available to working class people, then it has to find a way to re-skill millions of workers and create jobs.